When Ranya Idliby’s daughter was in grade school, she asked whether, as Muslims, they celebrated Christmas or Hanukkah. The question made Ranya think about her own faith and wonder why she knew so little about other religions. She recruited two other suburban moms—Suzanne Oliver, a devout Christian who had been raised Catholic but had converted to the Episcopal Church, and Priscilla Warner, who defined her Jewishness more as a cultural imperative than a religious one—to write a children’s book with her about the similarities, differences, and connections between Christianity, Islam, and Judaism.

What the women found out when they met the first time, more than ten years ago, was that they knew next to nothing about each other’s religions, and most of what they did know was incorrect. And the Faith Club was born.

These three strangers agreed to meet at each other’s houses and, over cups of jasmine tea, started to talk, to ask questions, to argue, to be vulnerable, and, sometimes, to hurt feelings. Topics that were holy to one woman were blasphemous to another. Innocent questions laid bare ignorance and prejudice that rankled, and some of the exploration led each woman to question the depths of her own faith and the tenets of her religion. But they were not daunted. They promised to be open with each other and agreed that anything could be asked or explored when they met.

They worked themselves over as much as they worked each other over: Is religion a choice or an assumption? What does it mean to identify yourself with a religion if you don’t believe everything that religion teaches? Is there room in your faith to accept the faith of another? They struggled with issues that all of us should have the courage to examine, and they worked hard to come to a place of understanding and acceptance—not just with each other but with themselves.

In the end, they realized that everything they had learned was bigger than the thirty-two-page picture book they’d originally imagined and that the time they had spent with each other had made them a special group, a Faith Club.

Because of everything that is happening in the world, I recently reread THE FAITH CLUB. I understood a little more, maybe just because I am older and wiser, of how much Suzanne, Ranya, and Priscilla risked by opening themselves up the way they do in this book. These are three very human women with definite points of view and quirks of personality that make them at times charming, interesting, or maddening—and their message remains as resonant as it was the first time I read it.

This is a book that everyone should read. It addresses the cookie-cutter assumptions that have leaked into the political rhetoric and made any discussion of difference a black-and-white argument of us against them. And THE FAITH CLUB is about religion, but the way the women handle the discussion offers a framework for discussions about any area of cultural or societal difference. More than ten years after it was first published, THE FAITH CLUB remains powerful and relevant.

Suzanne Donahue is Associate Publisher at Atria Books, and the greatest thrill of her job is when a manuscript she fell in love with becomes a book she can hold in her hands and share. 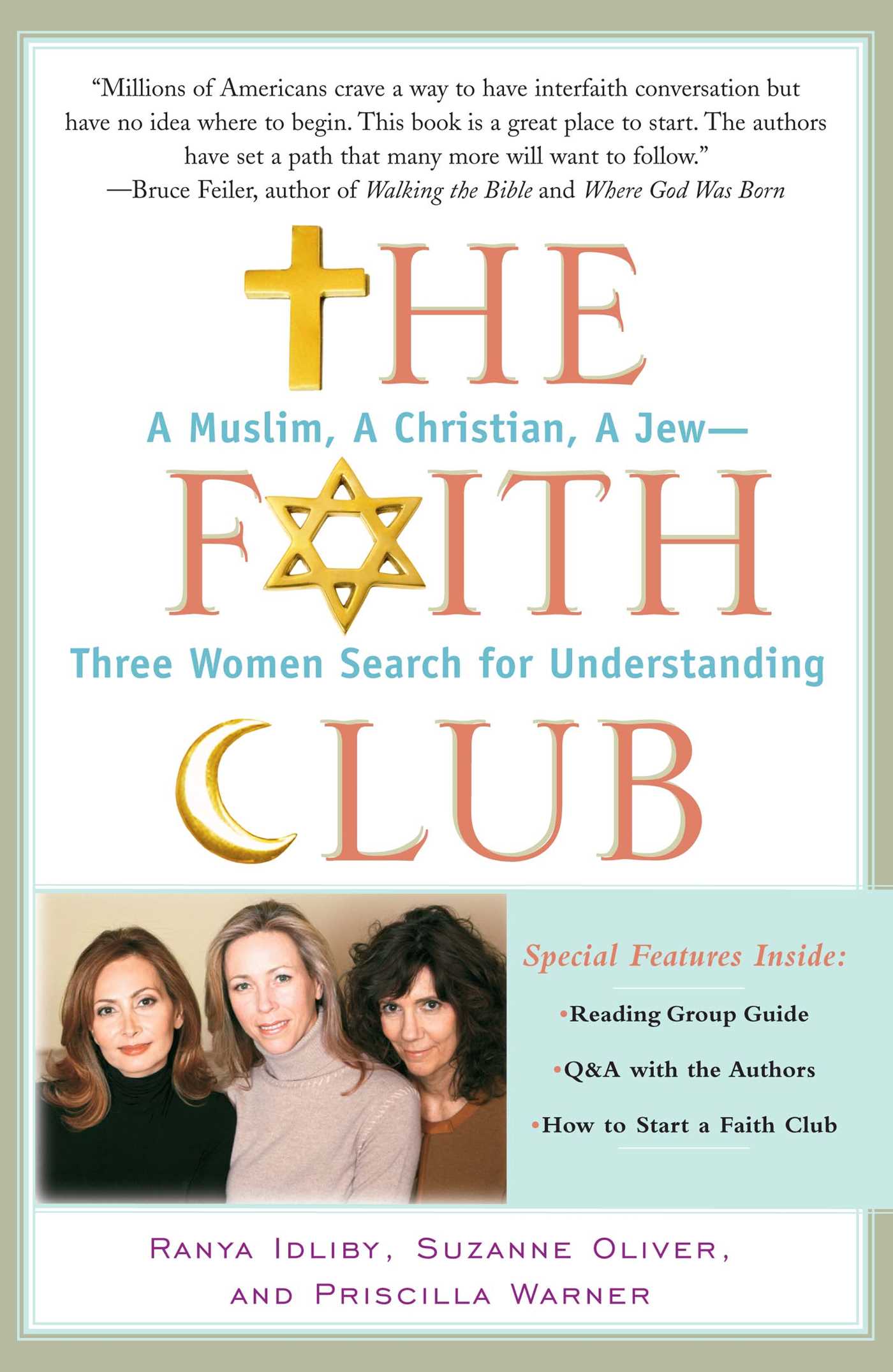 A Christian, a Muslim, and a Jew Walk Into a Room…