THE BLAZING WORLD calls to mind the best of the “zings”: its stage amazing, its structure mesmerizing, its arguments tantalizing, and its heroine magnetizing. But the title may be the most illustrative “zing”—this novel is on fire.

Longlisted for the Man Booker Prize, Siri Hustvedt’s sixth novel follows Harriet Burden, an artist who channels her frustrations with the male-dominated art world into an elaborate hoax. Provocative and fiercely intelligent, she is ignored by critics who only see her as the colorful wife of a powerful art dealer.

Dissatisfied by the sexist constraints of art critics, Harriet secretly produces three “living masks”: separate exhibits using male artists as fronts in order to expose the field’s gendered critiques. Yet the experiment garners more doubt than philosophical revenge, and the charade and secrecy begin to burn Harriet from the inside out.

Little in THE BLAZING WORLD is straightforward, and the novel’s composition is no exception. The book tells Harriet’s story through a series of testimonies and documents collected by an outside academic researching the claims and rumors around Harriet’s artwork. By layering a tale about facades and identity with multiple perspectives and angles, Hustvedt creates a narrative puzzle that is both a structural joy to read and immensely suspenseful.

Much of the plot is revealed through Harriet’s posthumous diaries, but combining them with interviews from her doubters contributes to a hazy distrust around Harriet’s reliability and a dose of psychological unease. This tangled web gradually gives way to the tragic realization that Harriet’s self-worth may be too tightly tied to acknowledgment from a world whose recognition both seduces and disgusts her.

Hustvedt masterfully uses the novel’s architecture to build a three-dimensional portrait showcasing Harriet’s brilliance and passion, as well as her blind limitations and obsessive fixation on art’s gendered prejudice. Even if one is unfamiliar with the art world, Hustvedt uses its sphere to comment on the many roles and masks all women embody in their lives—wanted or not.

Would Harriet have been happier producing work without the enigmas and disguises? Could she have accepted her own talent without it being so deeply tied to public acknowledgment? Although seemingly specific to one industry, THE BLAZING WORLD is a fascinating exploration into a universal question: Do women—does anyone—need to be seen in order to truly see themselves?

The Blazing World
by Siri Hustvedt 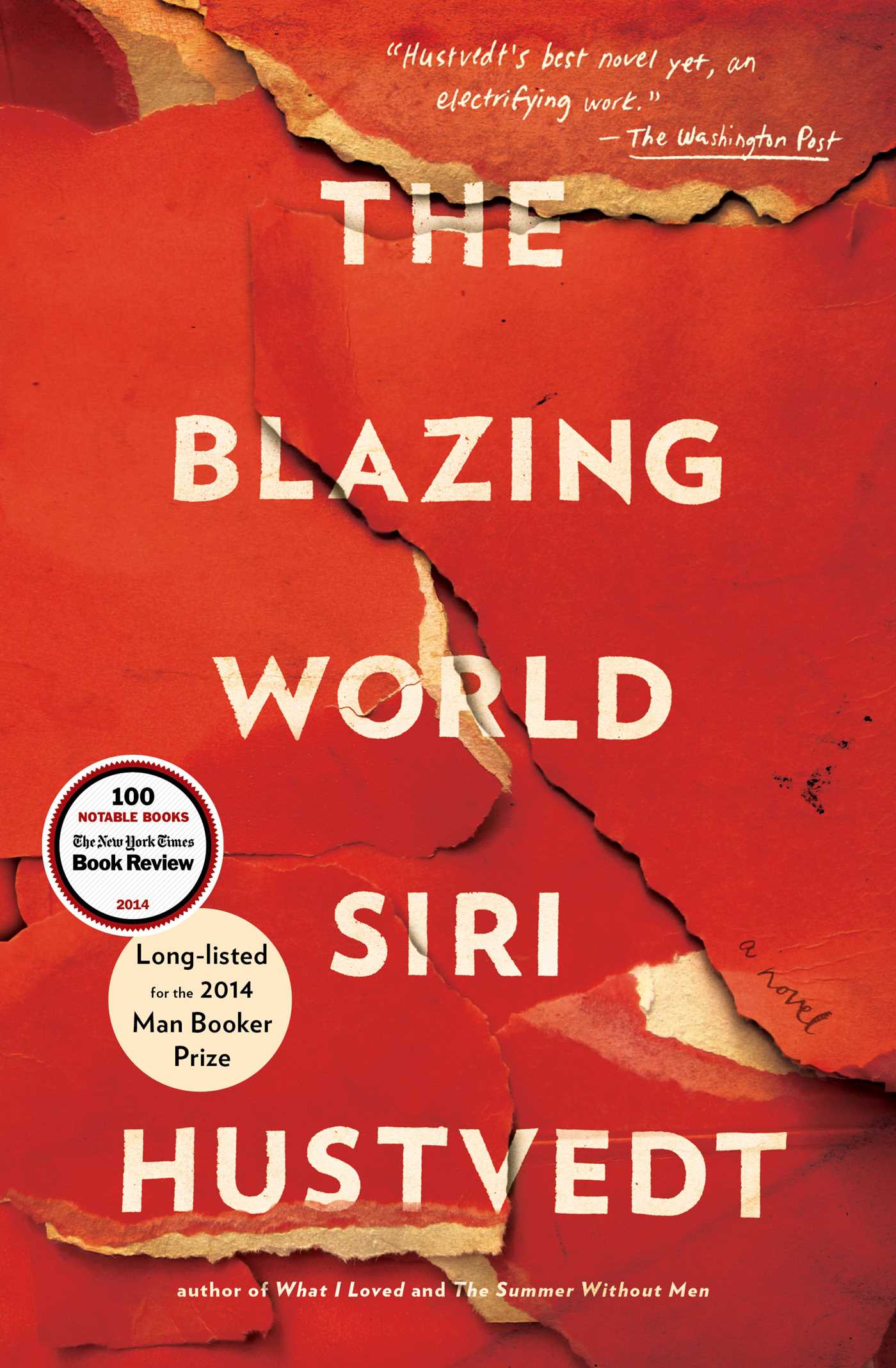 |+| Add to Your Shelf
The Blazing World
Siri Hustvedt

Intellectually ambitious, electric in its prose, and emotionally satisfying, The Blazing World confronts the joy and fury of Harriet Burden, an artist whose work has long been dismissed and ignored by the male-dominated art world. Longlisted for 2014’s prestigious Man Booker Prize and described by NPR as “complex, astonishing, harrowing, and utterly, completely engrossing,” it is a polyphonic tour de force from one of America’s most fearless writers.