CHARMING BILLY by Alice McDermott purports to be the life of Billy Lynch, a handsome, charming (as the title says), big-hearted man whose life was shaped by his first love. Upon returning to New York after World War II, Billy and his cousin Dennis spend the summer on Long Island renovating Dennis’s stepfather’s second home. While there, they meet a pair of Irish sisters, nannies to one of the wealthy families that summer in the palatial “cottages” of the Hamptons.

Billy falls in love with the younger sister, Eva, but when the summer ends, she returns to Ireland. He takes a second job and a steep loan to send for her, but she dies soon after the money is sent. This event begins Billy’s slow, long descent into alcoholism, which eventually kills him. The book begins at his funeral where his family and friends reminisce, charming Billy back to life through their memories.

The masterful conjuring of a life through the diverse memories of his friends and family, told around the table in snippets and out of order as each person proudly (and jealously) offers his or her own piece of Billy’s life, creates countless questions in the reader’s mind: Who was the girl who died? What hardships did Billy’s wife have to endure? When and why did Billy go to Ireland as part of an attempt to stop drinking? The reader is like a child listening to the grown-ups talk, trying to fit the pieces together, not quite knowing or understanding what is being talked about or which version of events is to be believed.

The narrator, Dennis’s grown daughter, is in that very position, gathering the truth throughout the day, or what she presents as the truth to her husband years later as the text of the book. And this is one of the things that has always awed me about CHARMING BILLY. It is technically in second person, the narrator addressing her husband as “you,” but no more than three or four times in the book. It is clearly in first person, the narrator witnessing the funerary events, as well as offering some of her vague childhood memories. But the vast majority of the book is in third person, the first-person narrator disappearing as she unspools Billy’s story, along with her father’s, and grandmother’s, and aunt’s, painting the scenes with the knowing immediacy of a participant punctuated with the storybook refrain “or so the story went.”

And that is why the book only purports to be Billy’s story. Because the stories mean different things to every character in the book. So as love story follows love story—Billy and Eva, but also Billy and his wife, Maeve; Dennis’s mother with each of her two husbands; Dennis and his wife and the love he found late in life after his wife’s death—they make their own love story out of the family’s story as a whole. While the title and the vast majority of the book would have you believe you’re reading about Billy, in fact, you are reading the family’s love story.

CHARMING BILLY is the rare novel that delivers in every way: story, emotion, aesthetics, and prowess. Every page is characterized by subtle nuance and beauty. There is a reason CHARMING BILLY won the National Book Award and the American Book Award, and why it begs repeated readings. This novel does it all. 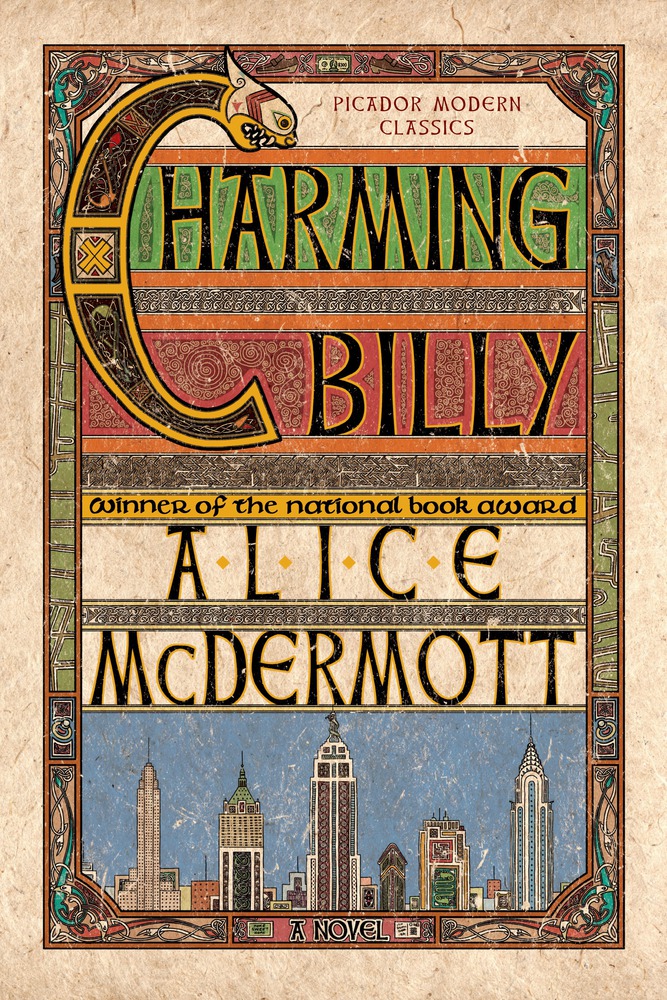 In an equally heartwarming and heartbreaking episode, John’s horologist friends share their memories of him with host Brian even though they weren’t invited to his funeral. In a similar fashion, Billy Lynch’s friends and family gather to pay their respects in Alice McDermott’s striking novel. CHARMING BILLY is a study of the lies that bind and the weight of familial love, of the way good intentions can be as destructive as the truth they were meant to hide.