You don’t often come across novels about professional wrestling. And novels about women’s wrestling, in particular, are few and far between. So Angelina Mirabella’s debut novel, THE SWEETHEART, is an instant standout. This story takes place long before men with muscles as big as their egos competed in steel-cage matches.

Set in the 1950s, this is a story about a girl. A tall, shy, and slightly awkward girl from Philadelphia, who is looking to make her mark in the world of professional wrestling. Obviously, this is not the typical backdrop for a coming-of-age novel.

Leonie Putzkammer is a seventeen-year-old loner, resigned to a life of waitressing in order to support both herself and her widowed father. That is, until she attends a local Philadelphia wrestling match and becomes captivated by the sport. Later, when renowned wrestling promoter Salvatore Costantini walks into the local diner and offers her an opportunity to compete, she takes a chance and bravely welcomes the challenge.

Despite her naiveté and inexperience, Leonie begins training at Joe Pospisil’s School for Lady Grappling in Florida, working tirelessly to transform herself into the Gorgeous Gwen Davies—a rising star on the women’s traveling wrestling circuit. The transient lifestyle, brash colleagues, persistent money issues, and frequent injuries—including a brutal hit to the face from her trainer and tag team partner, Screaming Mimi Hollander—compounded with her father’s feeble attempts to persuade her back home, never derail her determination to be a star.

As the novel progresses and Leonie gains confidence in her abilities, she orchestrates a controversial character change—evolving from villainess to the sexy and powerful heroine. Her popularity soars, and she even garners her own allegiance of young female fans, the Gorgeous Girls.

Leonie’s newfound fame causes a rift in her contentious friendship with Mimi while also complicating her romantic relationship with fellow wrestler and Junior Heavyweight Champion, Spider McGee. Spider’s desire for a simpler life with Leonie may be admirable, but his opinionated views on everything from her fashion choices to her career aspirations is nothing more than controlling and overprotective—even, at times, misogynistic. Leonie, like most women during the 1950s, must tackle whether to pursue her personal dreams or succumb to society’s expectations of women, such as motherhood and tending to the home.

THE SWEETHEART delivered in more ways than I could’ve imagined. Wrestling may have been the catalyst that initially hooked me, but it wasn’t the reason I kept reading. This is a story all readers can relate to: a story of living one’s truth through misconceptions, reinvention, and self-exploration. And ultimately, it’s a daring and progressive examination of feminism in 1950s America. Leonie is an apt feminist leader as she navigates and perseveres through a male-dominated sport.

Like Leonie, Angelina Mirabella is as much a superstar on the page as Leonie is in the ring. Angelina’s technical prowess in her debut novel is impressive. Information on wrestling is interwoven seamlessly throughout the story while not coming across as didactic or dull. Wrestling fans will be impressed with THE SWEETHEART’s rich history, and skeptics will be won over.

The Sweetheart
by Angelina Mirabella 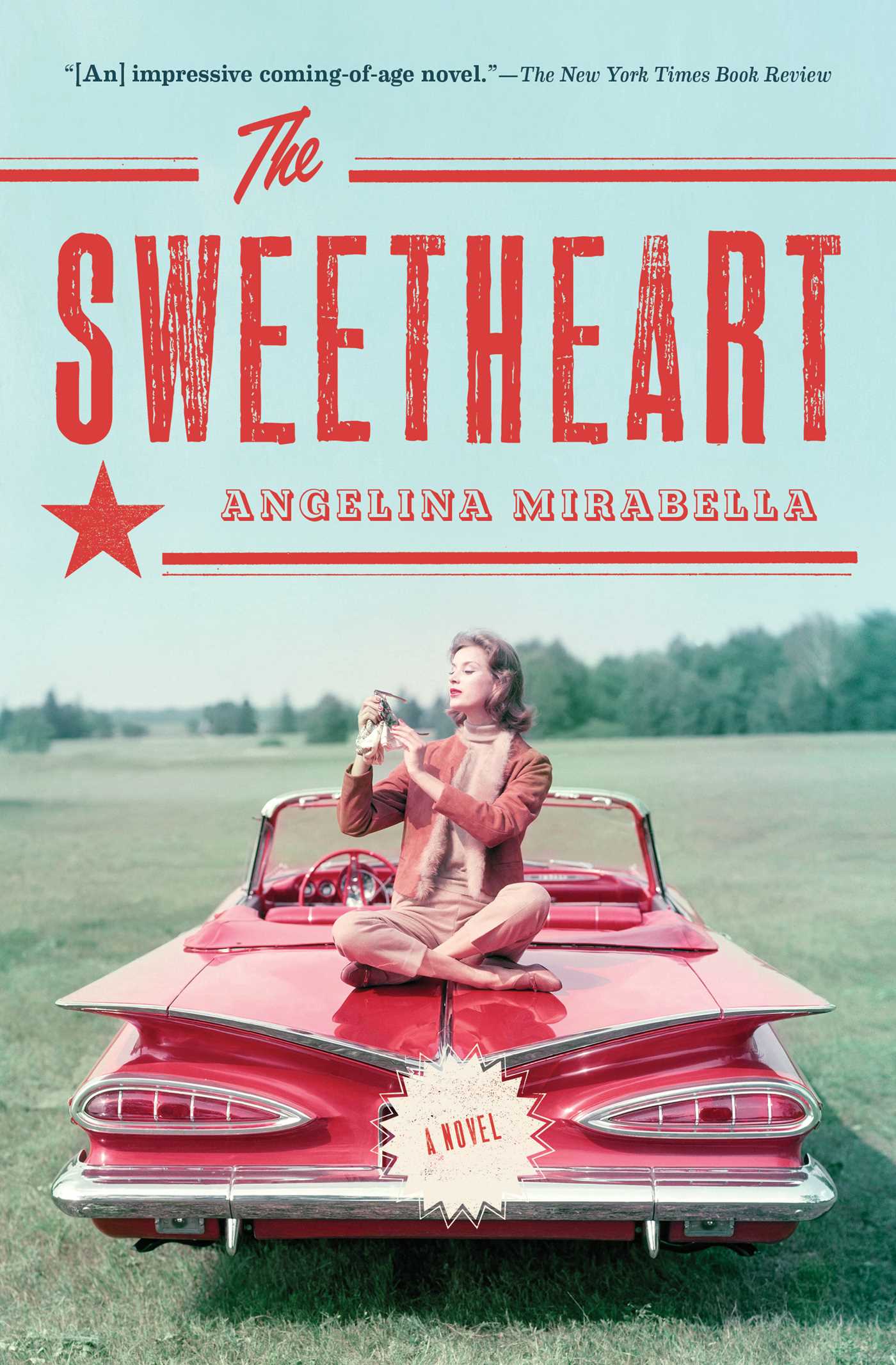 |+| Add to Your Shelf
The Sweetheart
Angelina Mirabella

Missing the Thrill of International Games? Here Are 10 Gripping Sports Stories to Root For

A Knockout Story of an Unlikely Heroine