If you’d asked me what I thought life in 1937 Shanghai was like, I would have told you in all sincerity that I had no idea. And yet I must have had some conception of China before WWII, because Lisa See’s SHANGHAI GIRLS promptly blew them all away.

She immerses us into a gay, glittering, cosmopolitan city dubbed “the Paris of Asia” and into the lives of two privileged sisters, Pearl and May Chin. They stand as an emblem of modern China; while their mother grew up in an era of foot-binding, they are employed as “beautiful girls,” the local term for fashion models. Their smiling images are on everything from calendars to advertisements.

Sure, there are slight tugs of jealousy between them—they’re sisters, after all. Although both are pretty and smart, their parents have decided that Pearl is “the smart one” and May, “the pretty one,” a distinction that inspires ensuing petty jealousies. But beyond this, their charmed lives are a swirl of fashion, parties, flirtations, and glamour.

Then a double blow occurs. Their father gambles away the family fortune, including his two daughters, and the girls are in essence sold to a pair of Chinese men who are now living in the faraway land of Los Angeles but seek obedient wives from the homeland. The sisters are plotting their escape from this cruel fate when the Japanese invasion of China throws their world further into turmoil.

Lisa See is a master of transporting the reader to an utterly unfamiliar place and time, immersing us in unexpected details and making us reconsider our preconceptions about the past. And her power is even more potent when the place and time are closer at hand. SHANGHAI GIRLS unwinds over the next twenty years as Pearl and May endure a dangerous escape from a war-torn land, a brutal passage to America, and, ultimately, marriage to men who are complete strangers. Los Angeles in the 1940s was anything but glamorous for Chinese immigrants. The fall of the sisters from society darlings to working-class drudges is swift, and through it all they only really have each other.

SHANGHAI GIRLS took a beating in the reader reviews, mostly because the book ends oddly—oddly in the sense that it really doesn’t end. See brings her heroines to the New World, allows them to rebuild their lives, and challenges all notions of what it means to be a modern woman. Apparently it would seem that self-sufficiency and the ability to support oneself matter more than wearing the latest fashion. But after carrying us through so many changes, SHANGHAI GIRLS concludes abruptly, with questions still unanswered.

Does that lessen the value of the book? I’d say not. In fact, I suspect that one of the reasons May and Pearl’s story continues to haunt me is precisely because it is not neatly wrapped up. Even if we manage to escape the past . . . then what? The questions SHANGHAI GIRLS raises about the immigrant experience seem to be more pertinent today than ever. 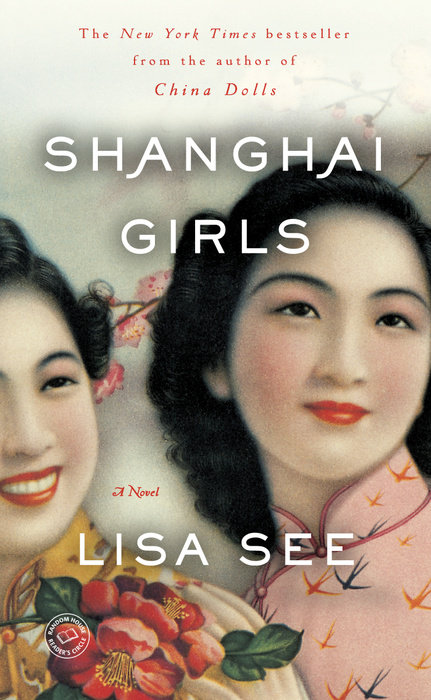 A Glittering Historical Novel of Sisterly Bonds and Modern Womanhood