In the mid-1980s my new assistant came to Simon & Schuster from a law firm in Atlanta that specialized in entertainment law. Together, we went over the firm’s list of clients and agreed that one we most wanted to sign up for Simon & Schuster was Miles Davis. I had long been a fan of Miles’s music. As it turned out, Miles was ready to tell his story. Before long we had his autobiography under contract, pending a meeting in person.

The event was to take place at Simon & Schuster CEO Dick Snyder’s townhouse in Manhattan. I was excited about the meeting but also a bit apprehensive. Miles had a reputation for unpredictability: he could be moody or irascible. Dick Snyder had a somewhat similar reputation, although in my brief tenure at Simon & Schuster, I’d had only positive experiences with him. I had little previous experience to draw on because I didn’t publish many celebrity books. I’m not sure whether I was more nervous about meeting Miles or about the possibility that a meeting with the CEO might not work out.

The day arrived and we met on the backyard patio at the townhouse. Knowing Miles’s reputation for style, I wore the best suit I owned. The meeting started cordially but most of the talking was done by Snyder and those of us attending from Simon & Schuster. Miles didn’t say anything. He sat silently, wearing oversized sunglasses that made it almost impossible to read his expression. I wondered, was he just taking it all in, or was something bothering him?

After a while there was a momentary lull in the conversation. Miles turned his attention to me and said, “Nice shoes.”

I waited for something more. Then after a long pause, he said, “I was at this college where they gave me an award, and there were all these professors there—and their shoes were terrible. Just terrible, man.” That, it turned out, was all he would say at the meeting.

At least I felt rewarded for taking time that morning to dress well. Alas, I never spoke to Miles again. Fortunately, he spoke frequently with his collaborator, Quincy Troupe. So frequently, in fact, that Quincy learned to imitate Miles’s distinctive voice perfectly and loved to call me and pretend to be Miles. The first time I heard that raspy, whispery voice on the phone I was fooled, but after that I knew it was always Quincy, never Miles.

But together Miles and Quincy wrote a stunningly candid (and profane) account of Miles’s life and career. Miles: The Autobiography was an instant sensation, a revelatory and perceptive autobiography that spared no one, least of all Miles himself. It has never been out of print since its publication in 1989. I don’t know whether Don Cheadle read the book before he made Miles Ahead, but there is no better way to know the man.

Miles: The Autobiography
by Miles Davis and Quincy Troupe 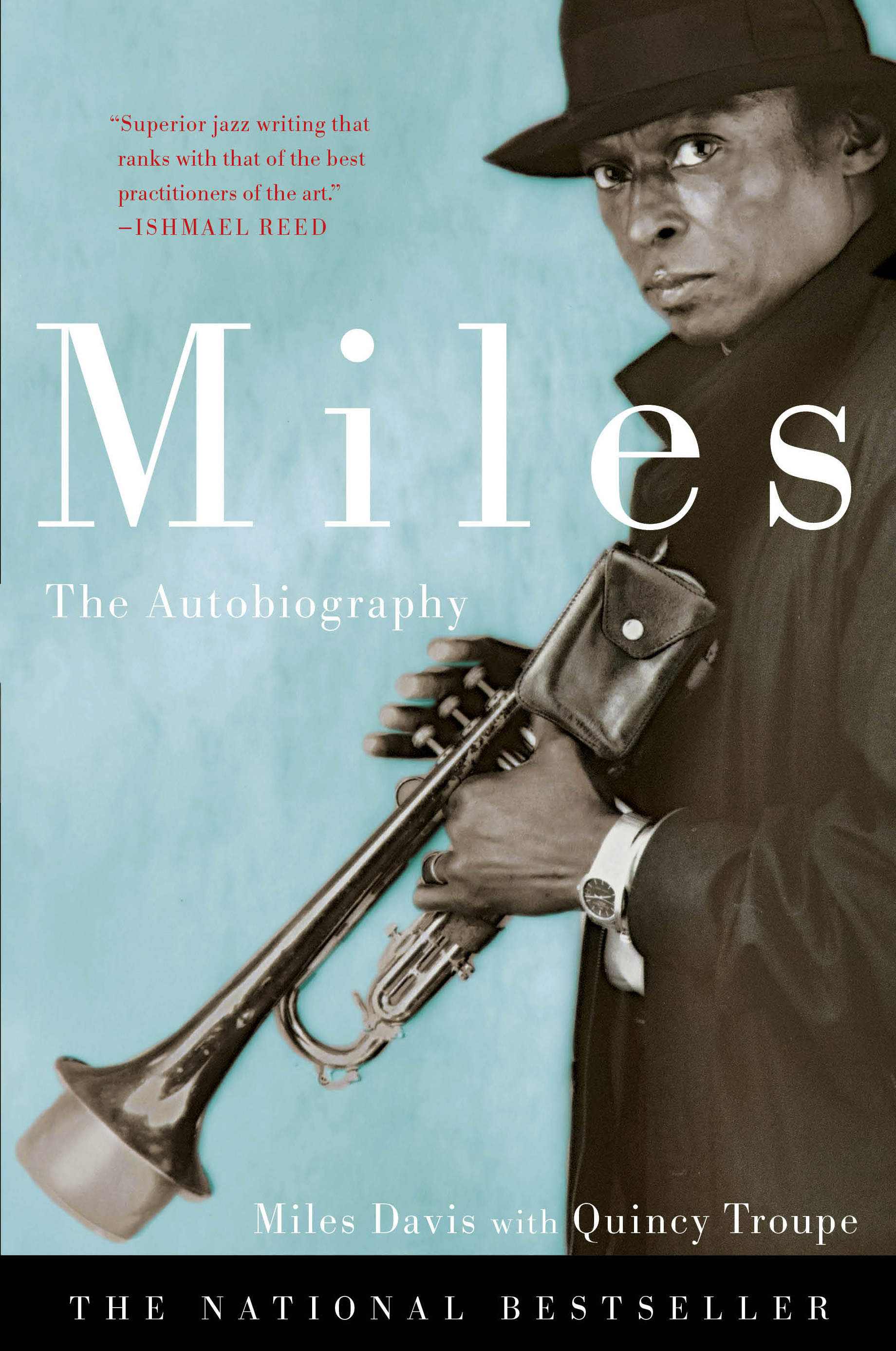 |+| Add to Your Shelf
Miles: The Autobiography
Miles Davis and Quincy Troupe