Based on an old Russian fairy tale, THE SNOW CHILD by Eowyn Ivey weaves a dark and beautiful spell so captivating that this complex, mesmerizing tale is as unputdownable as a just-one-chapter-more, first-rate thriller.

THE SNOW CHILD begins in 1920 with a couple, Jack and Mabel, who leave a comfortable existence in Pennsylvania for the remote and brutal Alaskan frontier. They are aiming for a fresh start and attempting to outrun their sorrow over a stillborn infant who was their last hope of having a child, something they both deeply yearn for. But the difficulty of trying to farm in the desolate, unforgiving beauty of the Alaskan wilderness shocks the couple to their core. Two years in, they are hanging on by a thread.

Things take an unexpected turn when in a childlike fit of pique inspired by the year’s first snowfall, Jack and Mabel make a little girl out of snow, only to discover that the child seems to have come to life. The mysterious Faina, who hunts with the help of small red fox, is a wonderful character who becomes increasingly vivid on the page as the reader tries to determine whether she is, in fact, a real girl.

Both the natural and the magical elements of the book appealed to the little girl in me: as a kid growing up in the Pacific Northwest, I spent many hours of my childhood in the forest behind our house, and if I’d discovered a red fox, I am certain I would have tried to convince my mother to let me make a pet of it.

The fairy-tale aspects of the tale are also deftly handled. It’s a shame how the pop-culture juggernaut that is Disney has defanged our notion of the fairy tale; indeed, if one says “fairy-tale ending” nowadays, they are surely not referring to the Brothers Grimm variety. As a kid, I loved those storytellers like Roald Dahl and Shel Silverstein who were not afraid to tread into the darkness. That’s where the magic happens. And THE SNOW CHILD contains plenty of that same dark magic.

The very real love shared by the characters in this book—the decades-long devotion between Jack and Mabel, the bond the couple has with their neighbors, their adoration of Faina—balances the more surreal elements of THE SNOW CHILD, leaving the reader with the sense that these people must have existed, or somehow exist still, fairy tale or no. We are ultimately reminded that beauty, love, and happiness can be both enduring and fleeting: here and gone like the winter sunshine.

The Snow Child
by Eowyn Ivey 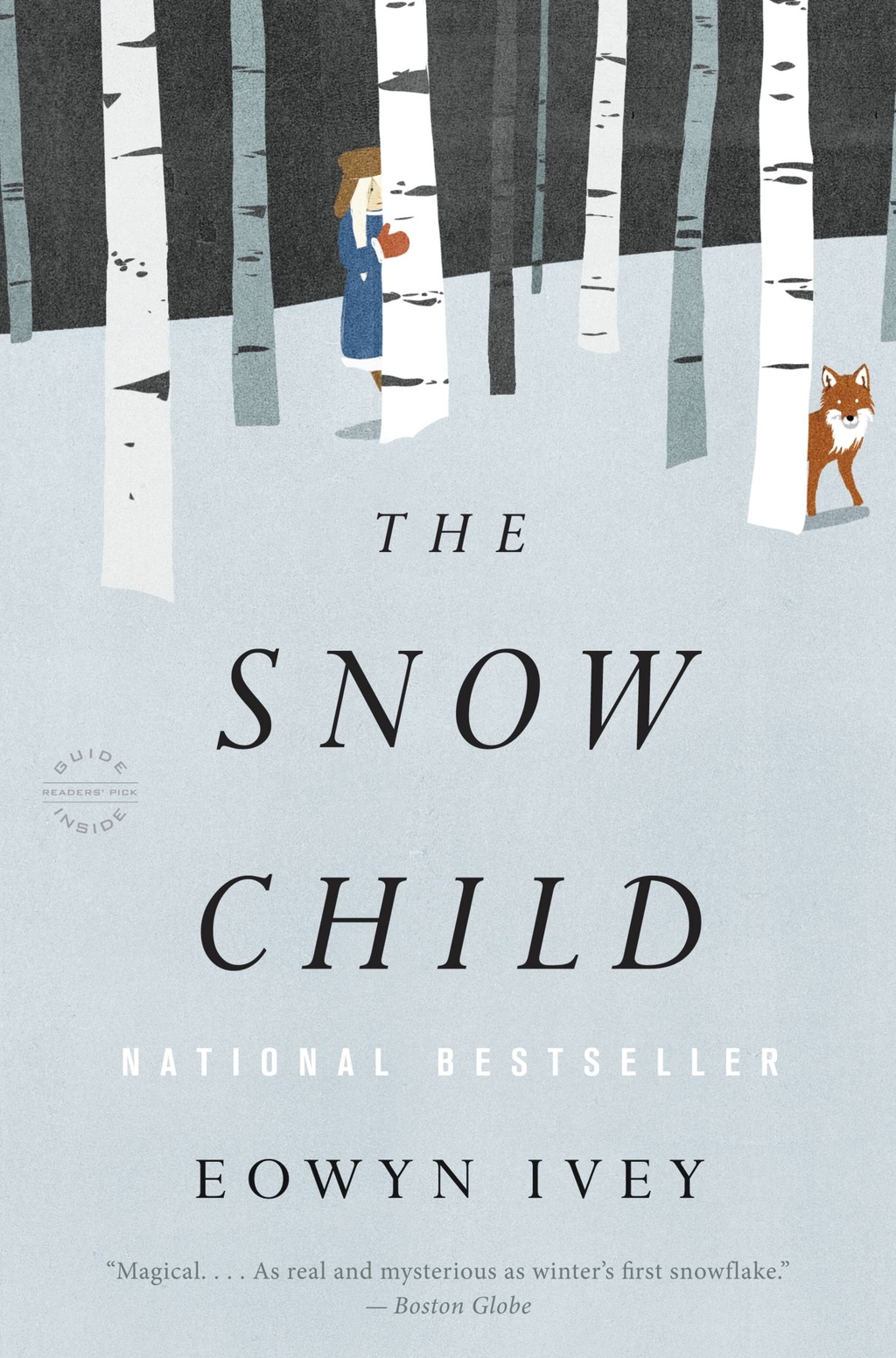 |+| Add to Your Shelf
The Snow Child
Eowyn Ivey

For fans of “Once Upon a Time”

If you’re over the age of 11 and still obsess over fairy tales, odds are you’re a loyal viewer of “Once Upon a Time.” In between episodes, you’ll love Eowyn Ivey’s retelling of a classic Russian fairy tale. During the season’s first snowfall, a childless couple builds a child out of snow. The next morning the snow child is gone—and they glimpse a young girl running through the trees. As with all fairy tales, however, things aren’t always what they appear.