Debate and finger-pointing and not-so-veiled racism over the U.S.–Mexico border question has already surfaced on the long, long road to the next presidential election. We can expect months of cringeworthy and often infuriating talk of deportation, drones, and walls. Those who have read Luis Alberto Urrea’s riveting nonfiction narrative, The Devil’s Highway, will certainly be struck by how many of the loud voices in the current debates lack any sense of the history, the all-too-frequent tragedies, and the social and political complexities of immigration. In the current political climate, reading Urrea’s masterpiece feels both urgent and necessary.

The Devil’s Highway tells the story of twenty-six men who crossed the border into the southern Arizona desert in 2001. In this powerful and compelling account, we come to know these good men. We learn about their families and friends, about their communities, about their hopes and aspirations, and about the unscrupulous “Coyotes” and criminal organizations with whom they must deal. We also learn about the U.S. border patrol agents struggling to keep people from crossing into the desert, many severely traumatized by what they have seen and found in this deadly stretch of desert known as the Devil’s Highway.

Along the way, Urrea offers deep insights into the historical, social, and political forces at work in both countries and along the border. With consummate narrative skill he takes the reader on the terrifying and tragic trek of these men, a trek that only twelve of the twenty-six would survive.

As much as it is a vitally important read, The Devil’s Highway is also a great read. Urrea crafts a compelling and often harrowing tale of adventure, struggle, terror, and survival. Although he clearly undertook an immense research effort to write this book, he is able to weave the copious relevant details into the narrative seamlessly. An excellent novelist who wrote The Hummingbird’s Daughter, Urrea has a keen sense of characterization. We come to know and empathize with these men. The prose is direct, unsentimental, and often beautiful. I was not at all surprised to find out that Urrea is also an accomplished poet.

The tragedy later described in the book drew much public attention in 2001 and led to increased demands for border reforms. However, it was soon overshadowed by the events of September 11th. Three years later, Urrea made sure the story was not forgotten. Starting with the book’s release in 2004, his effort was not only greeted with abundant critical praise but also earned a wide readership as the book rose to national-bestseller status. The Devil’s Highway landed on several Best Book of the Year lists and was a finalist for the Pulitzer Prize.

Most importantly, the book raised awareness and increased understanding of the complexities of immigration and border issues. Now, in late 2015, I sincerely hope that even more people read this compelling true story. In the present moment, such awareness and understanding seems absolutely critical.

John Hughes is a book buyer at Warwick’s, a family-owned, independent bookstore in La Jolla, California. 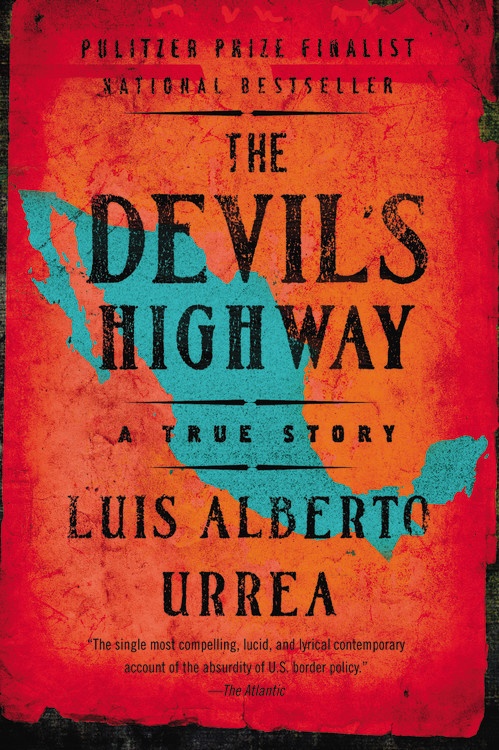 |+| Add to Your Shelf
The Devil's Highway
Luis Alberto Urrea