Caroline Kepnes’s YOU begins innocently enough. Joe, our protagonist, sets the scene, dealing with an annoying customer in the bookstore he manages. The customer is attempting to shield his more “banal” purchases, but Joe sees right through it. But then the narrative becomes a little off-putting, and Joe notices “you” (the object of his affection, the beautiful Bree, a young grad student in an MFA program) wandering the aisles of his bookstore. He is also becoming uncomfortably aroused, graphically describing Bree’s effect on him as she roams the store.

Through a series of shocking actions afterward, we the readers learn not only of Joe’s actions, with which Joe reveals himself to be a stalker of young women, but the justifications for all of his actions (see above regarding how he is a stalker of young women). And the creepiest part of this novel is how easily he gets us to understand what he’s doing and even hope for his success. As he goes from watching lecherously to kidnapping, theft, and even a couple of murders, we are entranced by the simple logic of it all.

The use of second person is executed with ease and to great effect. Instead of giving us, the readers, distance from the brunt of his forceful attention, his constant use of “you” keeps us in the hot seat. We can’t escape the idea that all of this could very well happen to us at any time; that someone could be watching us from afar and killing off our friends for “our own good.” And yet, all the while, we hope beyond hope for the redemption of this ruthless stalker, like so many of us hoped for Amy’s redemption in GONE GIRL.

But while Amy may be conniving, YOU makes no qualms in letting us know that, objectively, Joe is the villain and we are rooting for the wrong team, even though it feels so good. Joe makes us like him because he flatters us, adores us, and would kill for us. He somehow passes himself off as the “everyman” while crossing lines that we barely notice on his quest for true love. With us.

Villains never believe they’re bad people. After all, it is improbable to act in a way you believe is evil while still believing in its inherent evilness. It’s easy to rationalize our actions to best serve our purposes while still keeping on the side of “good.” YOU goes one step further and proves that it’s possible to change the perception of “evil” by asking the public to spend a couple hundred pages in the villain’s shoes. And that is why, no matter where or when you read it, YOU is the kind of book you won’t be able to forget for a long time.

You
by Caroline Kepnes 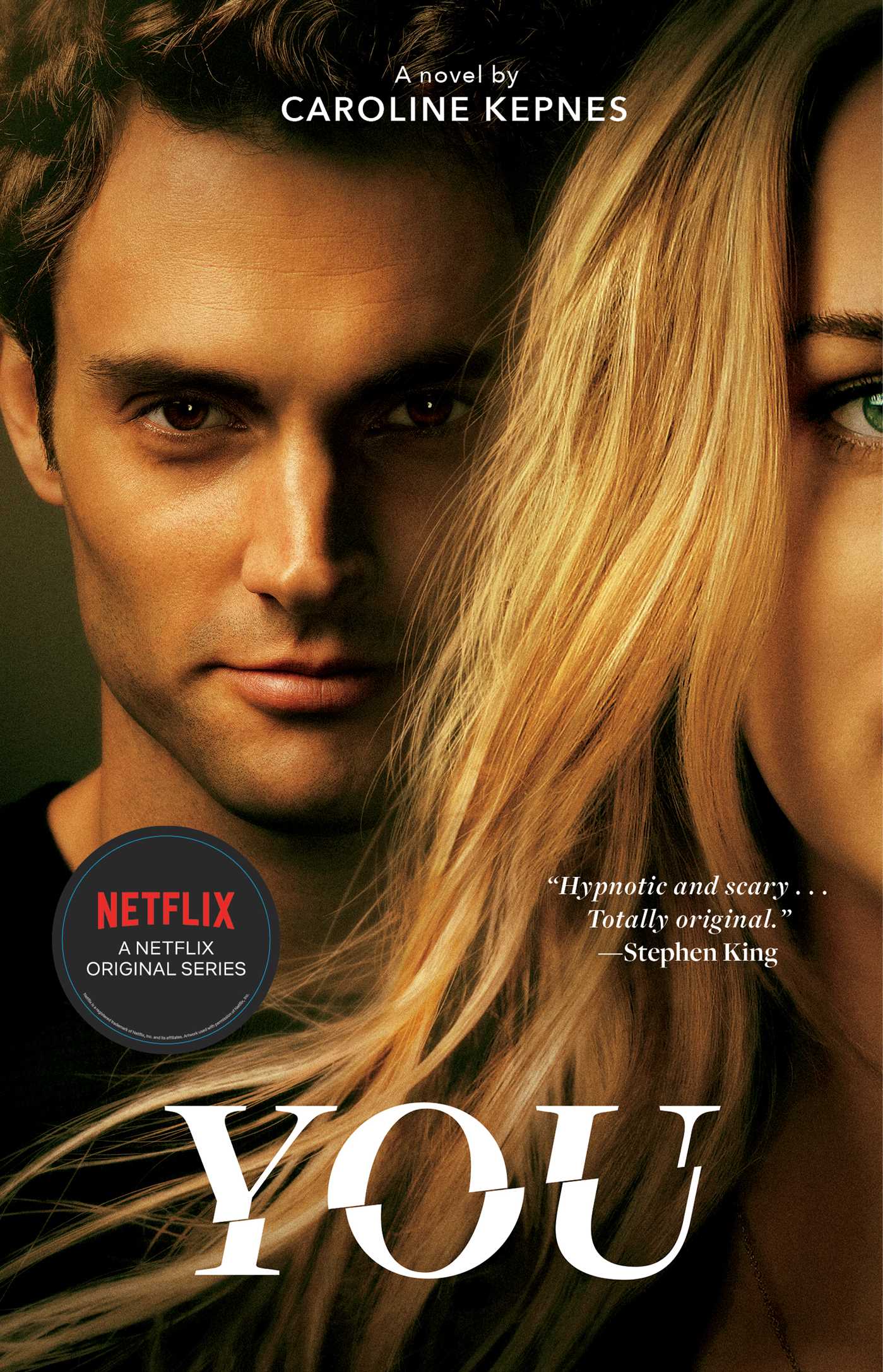 |+| Add to Your Shelf
You
Caroline Kepnes

Joe doesn’t like artisanal soda, trust fund kids, Dan Brown, Brooklyn hipsters, or Vice magazine. He does, however, like you, ever since you walked into his East Village bookshop looking like Natalie Portman. Shame that Joe is a cold-blooded killer and adept stalker. In the all-too-rare second-person narrative, YOU takes place inside the obsessed brain of Joe Goldberg, who’ll stop at nothing to make boho-wannabe Guinevere Beck (the “you” of Kepnes’s page-turning novel) his.

The lovesick and the just-plain-sick.

8 Books We Can’t Stop Thinking About

An Essential Reading Guide for Netflix’s Thrilling Drama “You”

8 Books to Read Based on Your Favorite TV Shows