I first read WILD SWANS by Jung Chang shortly after it came out in 1991. My father, a physics professor at our local college in Durango, Colorado, started co-teaching a new World Humanities class with a philosopher and a historian. It was one of those magic classes where teachers and students alike were excited and eager to learn and share new ideas. WILD SWANS: THREE DAUGHTERS OF CHINA was on the curriculum and he recommended it to me.

Like many people, I have been fascinated by Chinese culture intermittently, inspired by a book, a film, or perhaps a painting, to learn more about one so different from my own. But before reading WILD SWANS, I had never actually put together the wrenching swiftness of the cultural changes in China.

Chung’s memoir tells the story of three generations of women in her family. Her grandmother’s feet are bound as a baby to secure her future as a general’s low-ranking concubine, answerable to the general’s wife. Chang’s mother becomes a dedicated member of Mao’s Communist Party, and she and her husband must routinely demonstrate their loyalty to the Party above their family.

During a strenuous six-month journey, she walks alongside her higher-ranking husband’s jeep even though she is pregnant. Nepotism is disloyal to the Party and allowing her treatment above her rank could damage their Party standing. She suffers a miscarriage. Chang herself is inducted into the Red Guard when she is fourteen years old while her parents suffer reeducation during the Cultural Revolution.

I was stunned to realize that Chang is only a decade older than I am. Our mothers and grandmothers lived through the same decades of decidedly different change. Her grandmother’s parents bound their daughter’s feet in hopes of a better future for their family, and indeed, becoming a general’s minor concubine in the 1920s fulfilled those hopes. In 1928, my own grandmother’s family made the unusual choice to send their eldest daughter to college, on the condition that she would in turn work to put her younger brother through college.

I had not previously placed the Chinese Cultural Revolution in 1966 against the wildly different hippie cultural revolution in the United States. My mother, with increasingly longer hair and shorter skirts, was home with four children, worrying about the draft and the Vietnam War. At the same time, Chang’s mother, a Communist Party bureaucrat, was undergoing reeducation in Mao’s efforts to purge any remaining bourgeois and capitalist elements. And it is Chang’s mother who managed to alter her daughter’s future by getting her a coveted place as a college student in London, just as I was starting high school in 1978.

WILD SWANS is one of those amazing books that expanded my understanding of the world by sharing the intimate lives of real and ordinary women who lived through extraordinary times. It also made me think of and reflect on the life and times of three generations of women in my own family. 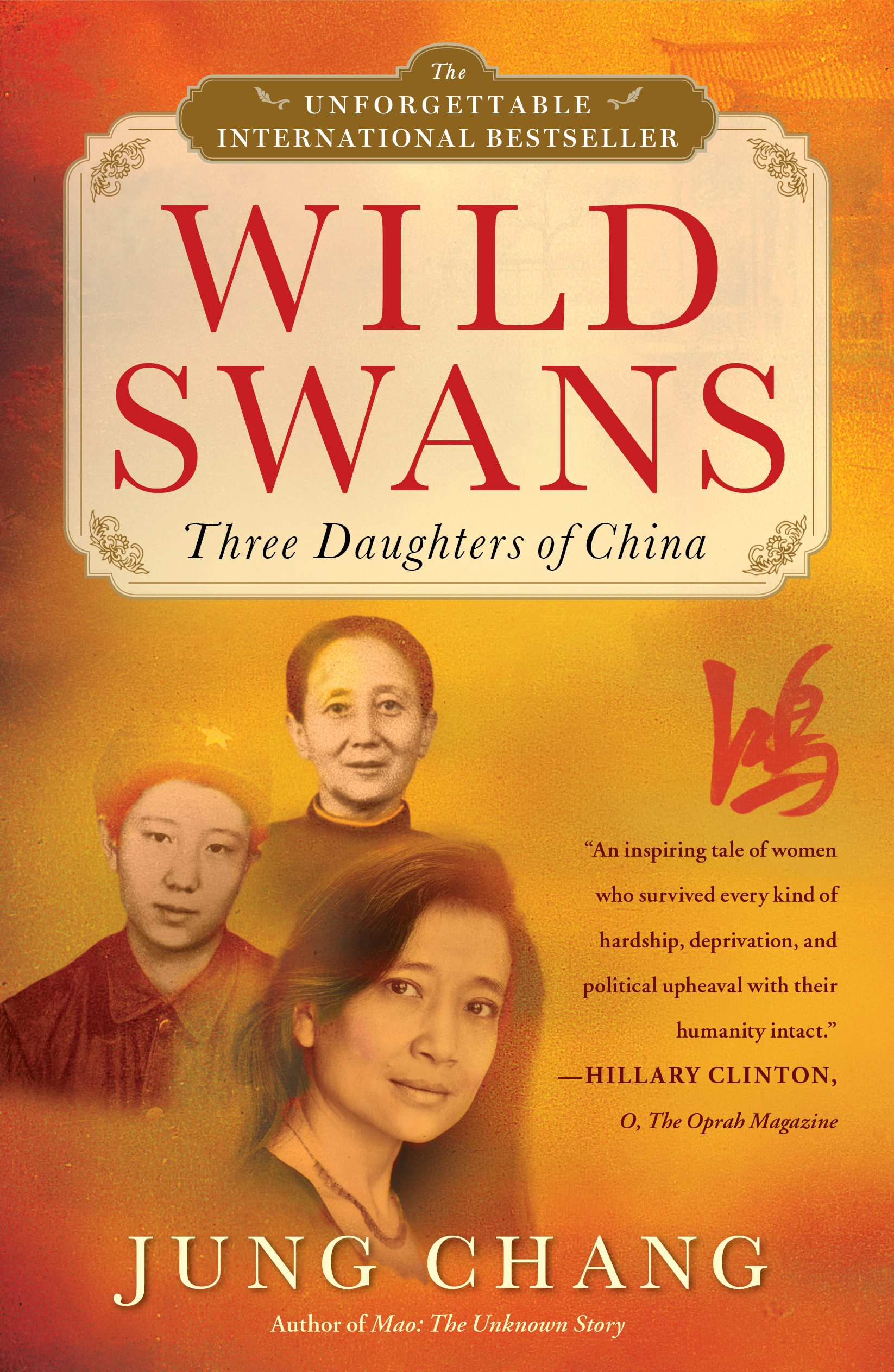