Editor’s Note: The American Booksellers Association’s new Revisit & Rediscover program showcases favorite titles selected by independent booksellers. Today, Betsy Burton from The King’s English Bookshop in Salt Lake City, Utah, writes about why she loves About Grace, the debut novel of Anthony Doerr, who recently won the Pulitzer and Carnegie Prizes for All the Light We Cannot See.

David Winkler, the protagonist of About Grace, dreams restlessly through the night, as do many of us—the difference being that his dreams sometimes replay themselves in real time, creating a sort of déjà vu state in which reality is oddly familiar; he’s seen it all before. David has come to recognize his dreams as warnings, much as auras can be predictors of the onslaught of seizures. Still, for the most part, when these odd cautionary dreams occur and later play out in real life, it’s not of huge consequence: a sliced finger, dropped magazines, a dead bird.

But occasionally their aftermath can be terrifying. As a child he’d dreamed of a death and it had happened exactly as he’d dreamed it. Now an adult, in love, the father of a baby girl, one recurring dream in particular unmoors him utterly—his home awash in a rising tide of water, his infant daughter Grace crying, her disembodied voice impossible to locate until at last he finds her. But in trying to save her, he is caught in the rushing river current, swirled helplessly about, attempting to keep her head above water, and then finally overwhelmed. David awakes overwhelmed.

As a hydrologist, David knows water, knows the science behind its power. As a dreamer, he knows well the inescapable reality behind the power of his dreams.  He can’t bear for it to happen again. And now storms are lashing their Ohio town, the water flooding in, cascading as he’d dreamed it would. And so, to prevent the death his dream has forecast, he abandons the wife and child he adores. He drives away to save Grace.

David drives for days, not sleeping, boards a ship, still not sleeping, his obsession bordering on psychosis, the result in part of not sleeping. As About Grace opens, twenty-five years have passed since his flight from home and David, fifty-nine, is finally coming home—or trying to. His looping backstory has taken the reader from his childhood dreams and fears to his head-over-heels fall for his wife in Alaska to the birth of his daughter in Ohio to his flight to the Caribbean island where he’s found acceptance, even peace—until again a dream breaks apart his slow healing, his patched-together life.

From midpoint on, this extraordinary novel is about Grace—about finding Grace. In every way. The odyssey on which he embarks takes our obsessed and lonely hero from one end of this country to the other, east to west and south to north. He nearly dies more than once in a saga that somehow manages to be simultaneously heart-stopping and dreamlike. Without giving away too much, suffice it to say that over the pages and years we have grown to care for this lost dreamer and for the natural world he inhabits, and as the story pulls him ever deeper into that world, we are swept up, swept away. Water, the lack of water, storms, floods, snow, its crystalline forms, repeating but not quite, like his dreams . . .

The world Doerr creates in About Grace is as magical as the other ones he creates, albeit in very different ways, in all of his books—in his first, convoluted, delicate, breathtaking collection of stories, The Shell Collector; in Memory Wall, the luminous and powerful collection that followed; in his amazing memoir of twins, Rome, art, and the art of being an outsider, Four Seasons in Rome; in the miraculous All the Light We Cannot See—a living, breathing tapestry peopled with characters who harbor the same hopes and fears and dreams (for good and ill) as do we all, graced with the curiosity and astonishment that lead to transcendence. In rereading About Grace I found myself once again bewitched by Doerr’s dazzling prose, his sense of wonder, and perhaps most of all by his abiding compassion.

About Grace
by Anthony Doerr 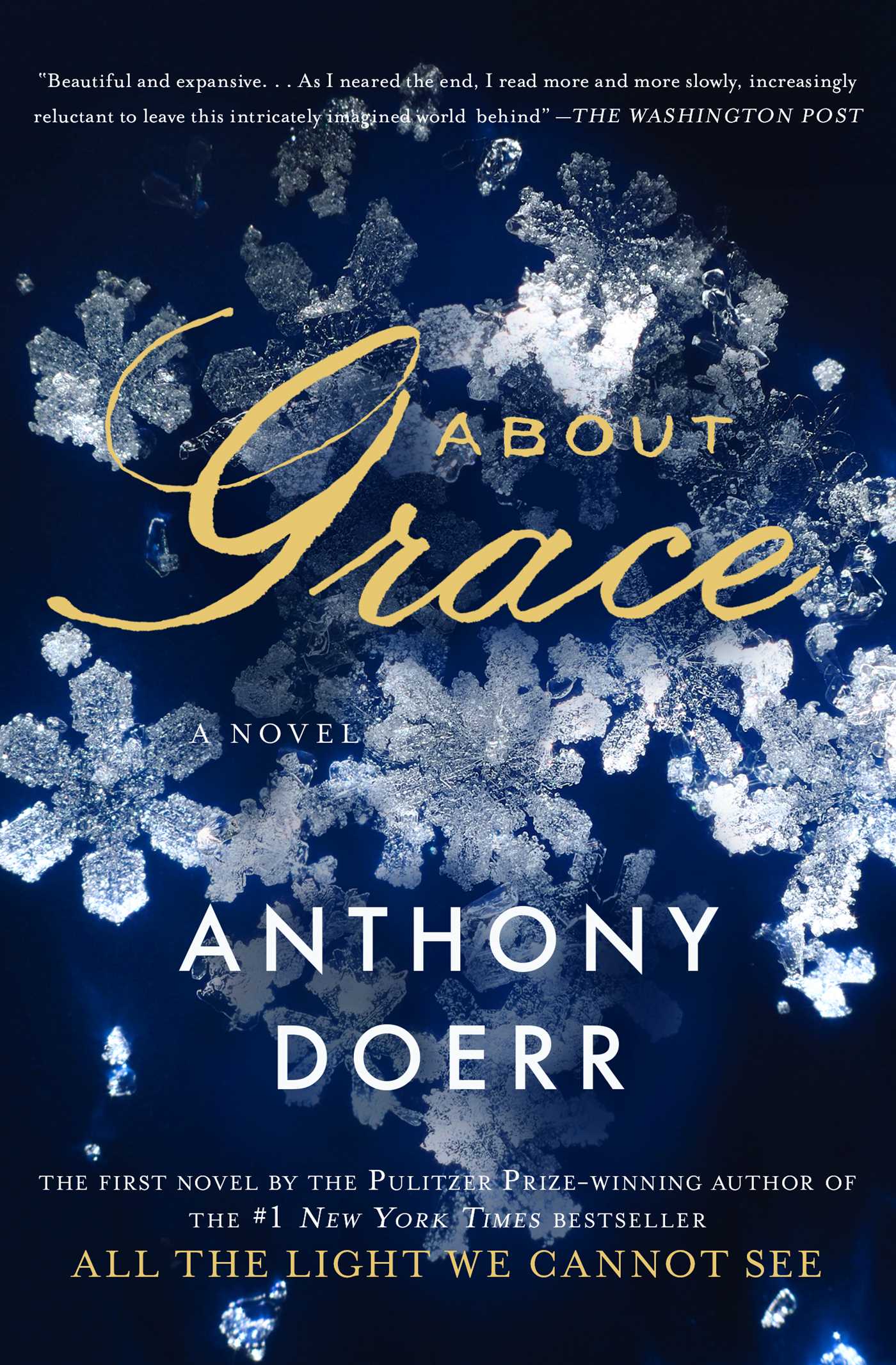 |+| Add to Your Shelf
About Grace
Anthony Doerr

“From midpoint on, this extraordinary novel is about Grace—about finding Grace. In every way.”

An Extraordinary Odyssey of Dreams and Memory