Mary, also known as Caroline, also known as Louise, is a woman on the run. What is it exactly that she’s trying to escape? Let’s just say it involves the Vietnam War, Dow Chemical and other purveyors of harmful materials, the Beach Boys, the FBI, and maybe, just maybe, a couple of youthful miscalculations.

Dana Spiotta’s riveting novel Eat the Document, a National Book Award finalist, spans the underground movement of the early 1970s and the echoes and consequences of that movement in the late 1990s. As the multiple narratives weave and come together, it pulls at you—calling you back until you’ve come to the end.

The story centers on Mary Whittaker, a fugitive radical who, after an anti-Vietnam protest she planned went spectacularly wrong, has been hiding under assumed names for twenty-five years. The storyline shifts between the protests of the 1970s and her life in hiding after the so-called accident, although the actual events are not revealed until the very end. Now her music-obsessed fifteen-year-old son spends his time listening to records from the seventies, until he begins to question his mother’s past.

In another storyline that takes us to the 1990s, a man named Nash runs a used bookstore that is also a meeting place for activists and revolutionaries. When Nash becomes friendly with a young activist named Miranda who, unlike the other young activists, seems to get his old-school brand of activism, the disparity between two generations of activism are thrown into sharp relief.

Written in intelligent and passionate prose, Eat the Document is ideal for a book club’s thought-provoking discussions—and perfect for trips and long commutes. I recommend reading it all in one go as it is hard to put down. Mary’s journey to escape her past and the choices she must ultimately make will seep into your mind and not let go.

Eat the Document
by Dana Spiotta 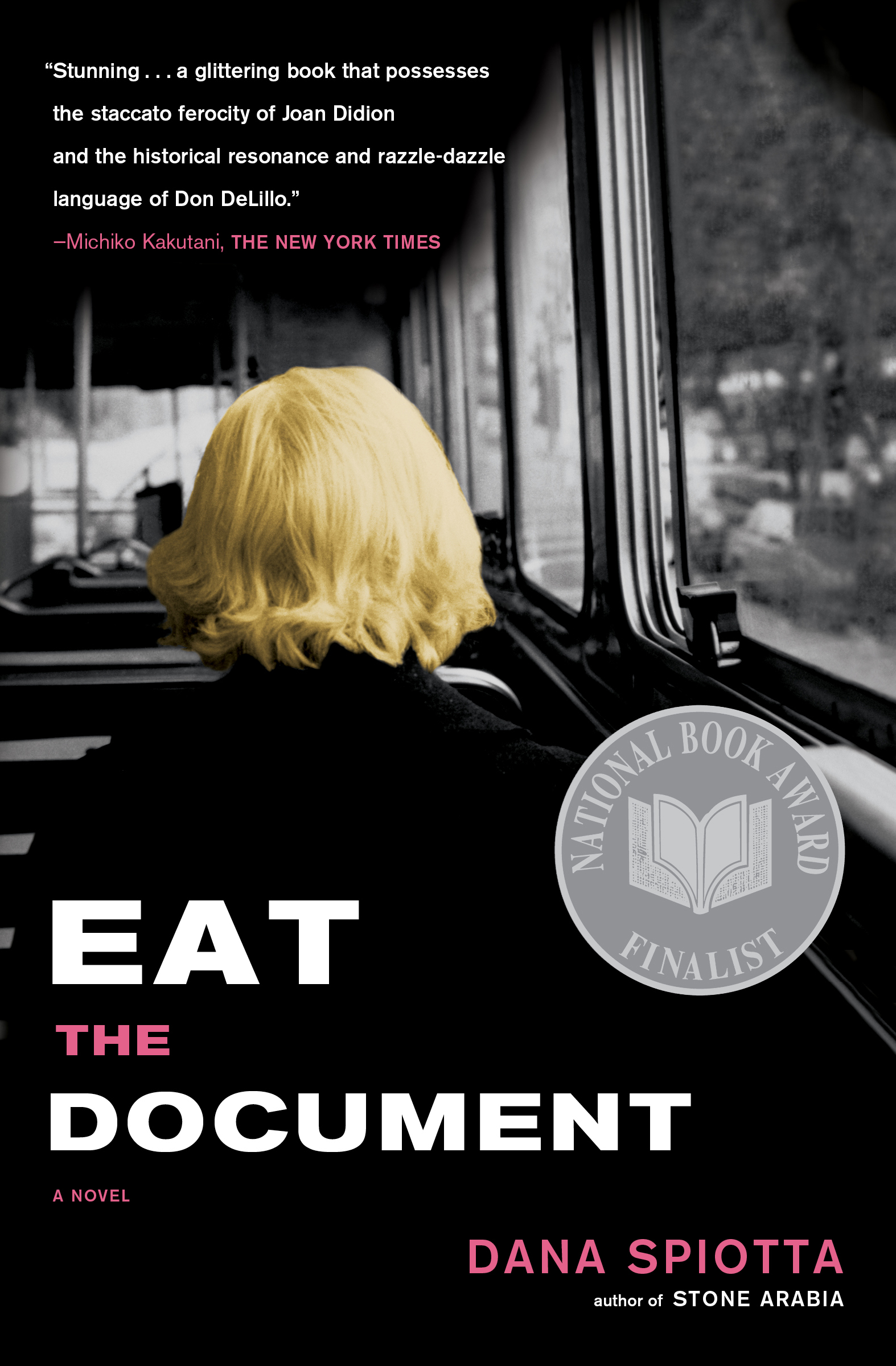 |+| Add to Your Shelf
Eat the Document
Dana Spiotta

Rediscovered Reviews: 9 Books That Hooked Us from the Beginning

A Woman on the Run from Her Radical Past