When I first saw Justin Go’s novel The Steady Running of the Hour, the title piqued my interest. It seems the trend in publishing these days is to stay away from pithy language and instead look to longer titles—a convention that raises mixed emotions in me—but something about this title intrigued me and compelled me to give it a closer look. After a judicious reading of the description, the title and the conceit were enough to make me bump it up in my pleasure-reading queue, and I’m so glad I did.

The story is about a young man named Christian who is contacted by a London-based legal firm and informed that he may be the rightful heir to a century-old fortune. All he has to do is prove it. There’s a catch, of course—time is of the essence. The time frame in which the untold fortune can be kept within the family is limited to eighty years, and those eighty years are nearly up.

Christian, with little more to go on than a curious letter in a museum archive, embarks on a journey across Europe, guided only by his amateur research and luck. His search eventually resurrects a collection of letters that plunge him into what might be his family history, their story running parallel with his own across time as he chases their specters and secrets through the French countryside, the frozen Swedish lake country, and the fjords of Iceland. The letters reveal a passionate, doomed love affair of a rebellious aristocratic woman and a young mountaineer scheduled to leave for the trenches of the First World War. The couple’s single week together before the Great War pulls them—and the fabric of Europe—apart sparks a series of events that impact the rest of their lives.

Justin Go’s prose is elegant and clean, and the ambition and scope of his novel are impressive. Though Christian’s story propels the reader forward, the unlucky lovers, Imogen and Ashley, are the fulcrum on which it rests. Their story is, at least for me, the most compelling. Imogen’s charms, her fears, her impetuousness and idealism in the face of Ashley’s quiet and calm are so deftly rendered that these characters become a living force. Christian’s journey is moving, but the lovers steal the show.

This is a page-turning adventure story that is delightfully literary, a romance that is not damagingly sentimental. Justin Go’s debut is a wonderful novel and hopefully only the beginning of what this young writer has to offer.

Elaine Wilson works in the editorial department of Touchstone Books.

The Steady Running of the Hour
by Justin Go 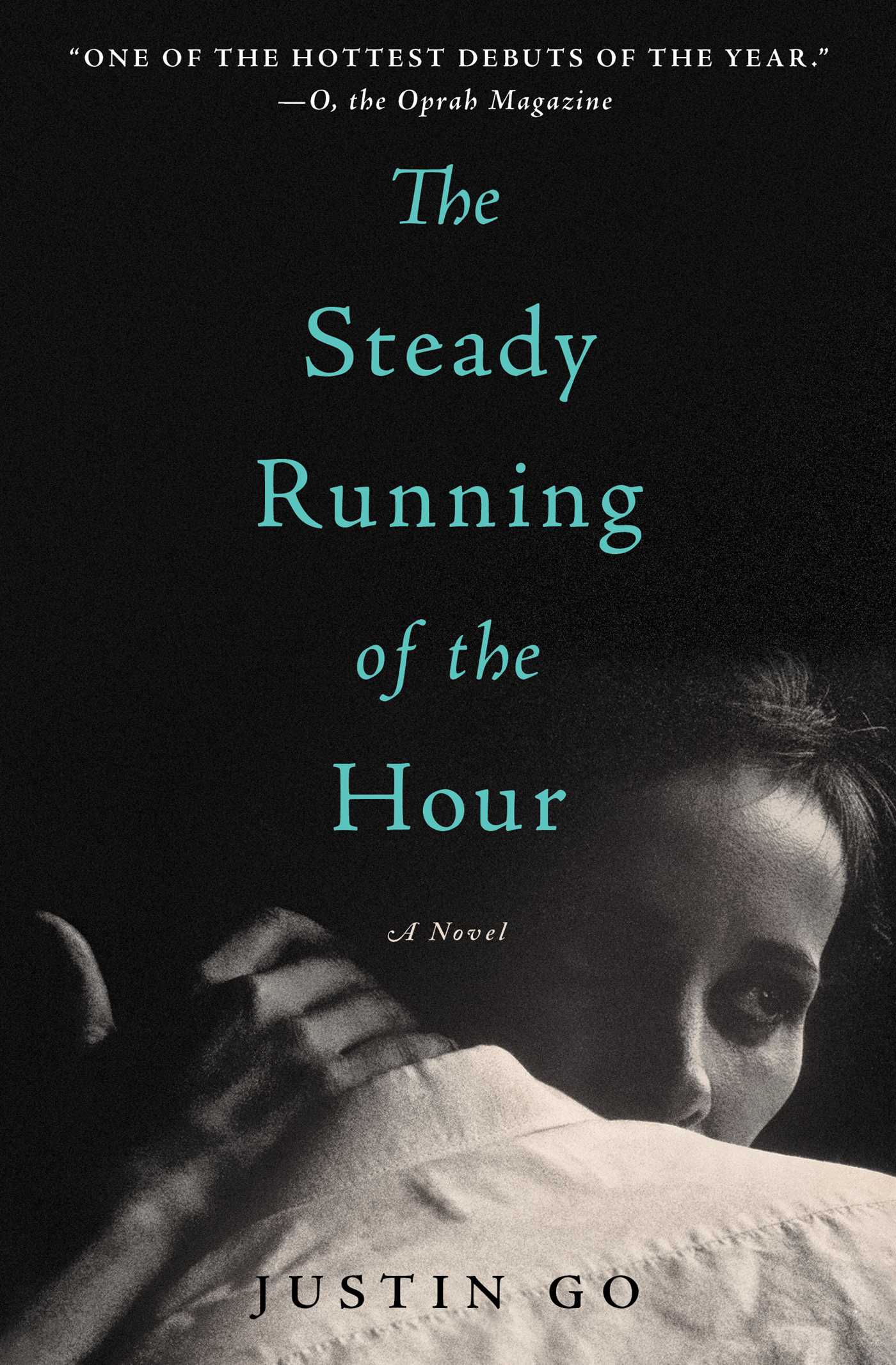 This mesmerizing debut contains both an impossible quest and an epic love story. When a young American discovers that he may be the rightful heir to the unclaimed estate of a wealthy English alpinist who died attempting to summit Mount Everest in 1924, he is drawn further and further into the past, and into an obsession that could change his life forever.