When you pair a good wine with great food, you can turn ingredients that are individually exceptional into something sublime. Pairing books that you love is like picking up two beautiful rocks from the beach and clacking them together to see how they sound. I recently read Richard C. Morais’s novel, The Hundred-Foot Journey, and Nina Mukerjee Furstenau’s memoir, Biting Through the Skin, back-to-back, and the resulting music of the overtones lingers still, as does the aroma of cardamom and turmeric in the kitchen.

Morais’s glorious foodie fable The Hundred-Foot Journey engages all of the senses. It follows Hassan Haji, son of a Mumbai restaurateur turned Michelin-starred French chef. Morais takes us on a visceral journey, through chaotic kitchens filled with vats of sputtering sauces to a raucous market where feral cats curl around the legs of a fishmonger while ravens watch from the rafters. The writing is so vivid that it’s hard to believe Morais had not even visited India when he began writing the novel.

Propelled by tragedy and curiosity, the Haji family relocates to a small town in the south of France, where Hassan begins his journey into the world of fine French cuisine under the tutelage of a domineering chef, Madame Mallory. An American born in Portugal to an expatriate family, who spent years living in London, Morais is able to deftly slip inside the immigrant experience in its many complexities.

Biting through the Skin: An Indian Kitchen in America’s Heartland is also a deep exploration of the immigrant experience, this one told through firsthand experience from a vantage point near her own mother at the stove. Furstenau’s family left their Bengali homeland for the small town of Pittsburgh, Kansas, when she was eighteen months old, and there could be no greater contrast. As they strive to assimilate into the American heartland, the food that Furstenau’s mother prepares for nightly meals keeps them connected to their heritage.

But it’s when Furstenau returns to India when she is five years old to visit her extended family that she truly begins to connect with her Indian roots, observing the rituals and practices that make her homeland come to life. In India she also begins to recognize the parts of her that are becoming more and more Kansan, and the way she straddles both worlds.

There are scenes in Furstenau’s memoir that are so vivid and fable-like that they could have easily fit in Morais’s novel. On her first train ride across the subcontinent, she spots a hungry child through the train window. She tosses an unwanted banana from her lunch to him and he stares her in the eye while he eats it without bothering to peel it, biting right through the skin as the train speeds on. The scene gives the reader an unforgettable image, and the book its memorable title.

Of course it’s the family recipes sprinkled throughout Furstenau’s memoir that truly bring both of these books together, promising to breathe some of their magic into your own kitchen. Simply written and easy to follow, the recipes blend into the narrative so that you read and reread them like a favorite passage. (It is not at all surprising that she received that M.F.K. Fisher Award for Excellence in Culinary Writing from Les Dames d’Escoffier International for this memoir.)

Like any great meal pairing, these books are a study in contrast and harmony. They’re so simultaneously alike and different that they feel like a grayscale Escher print transferred to a vibrant Indian silk. Though one is told through a series of remembered vignettes and the other is a tightly crafted work of fiction, they are both immigrant tales that explore family relationships through cooking. And even though they approach an Indian kitchen from two very different perspectives, they arrive at the same place: the transformative power of food.

Experiencing the books in parallel left me both satisfied and curious. I was fascinated by the way these books affected me more, or at least differently, when consumed together. The memory of that braided experience has led me back to the bookshelf in search of other potential pairings, an excuse to read some of my old favorites in a new way and perhaps find a means to recapture some of the magic of reading them the first time.

David Baker is a writer and filmmaker whose first novel, Vintage, came out in September 2015. 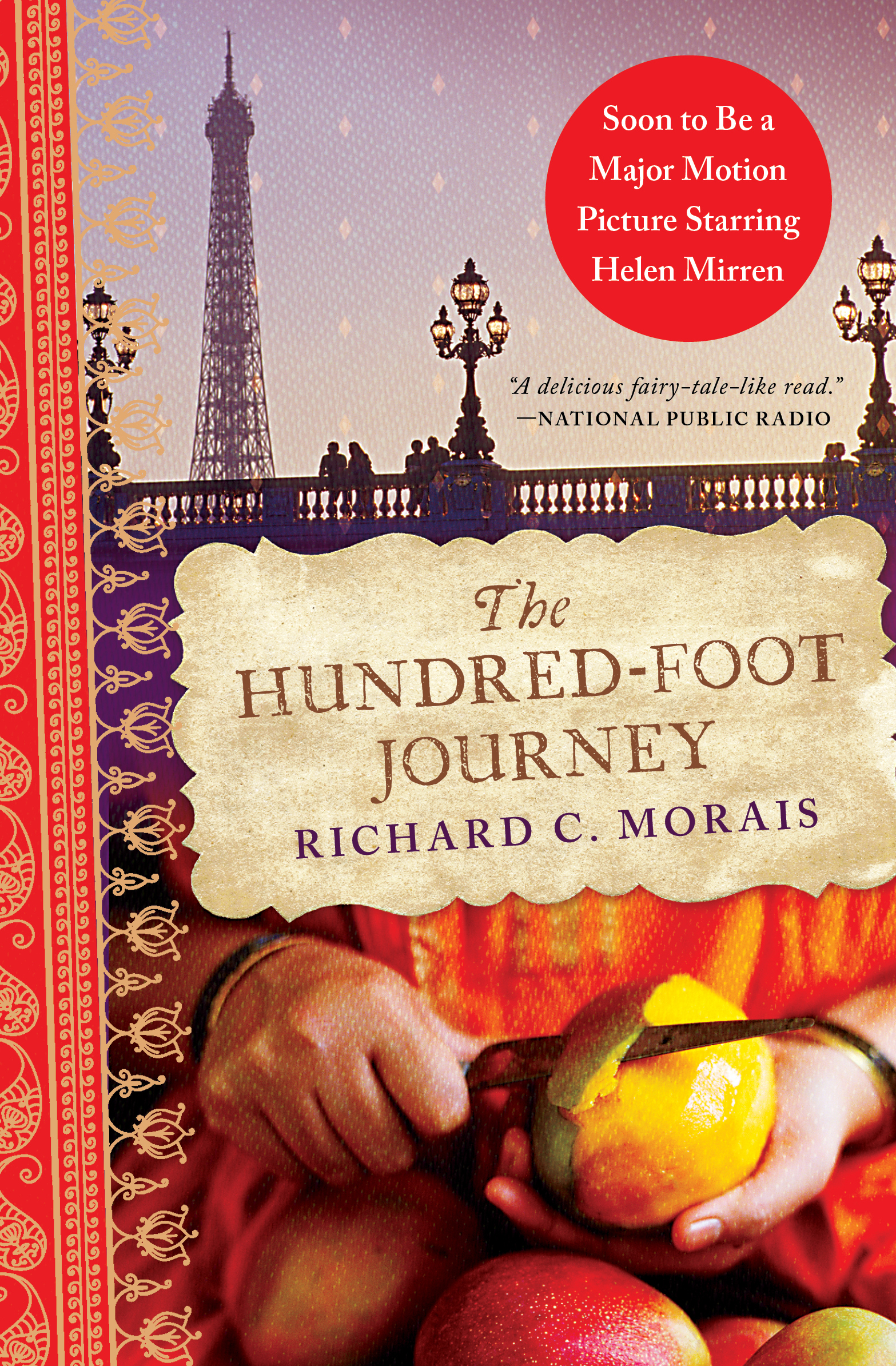 |+| Add to Your Shelf
The Hundred-Foot Journey
Richard C. Morais

This culinary fairy tale about an Indian boy from Mumbai who becomes a three-star chef in Paris was the basis for a feature film starring Helen Mirren. Lively and brimming with the colors, flavors, and scents of the kitchen, The Hundred-Foot Journey is a succulent treat about family, nationality, and the mysteries of good taste.

Close
Biting through the Skin: An Indian Kitchen in America's Heartland
by Nina Mukerjee Furstenau 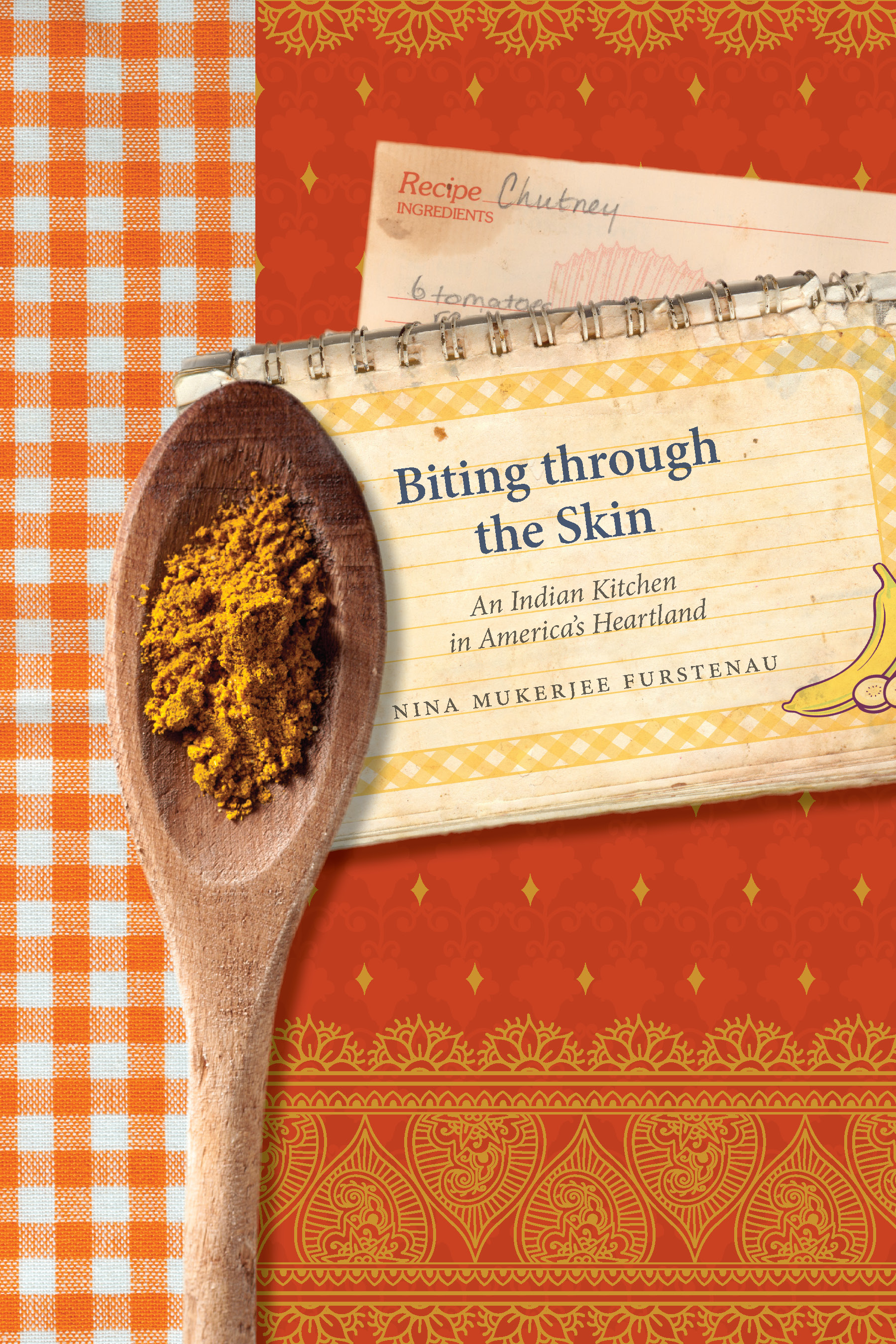 |+| Add to Your Shelf
Biting through the Skin: An Indian Kitchen in America's Heartland
Nina Mukerjee Furstenau