I have read very few books in my life that compelled me to laugh so loudly in public that it made the people around me visibly uncomfortable. Allie Brosh’s Hyperbole and a Half is one of them. Inspired by her award-winning blog of the same name, the subtitle—Unfortunate Situations, Flawed Coping Mechanisms, Mayhem, and Other Things that Happened—sums up what this hysterical graphic memoir is about. Consisting of illustrated personal essays, the book recounts a wide range of anecdotes, from an unfortunate childhood misunderstanding involving hot sauce to an incident where a goose found its way into the author’s house and savagely attacked her unsuspecting boyfriend. All are illustrated with her signature quirky and expressive stick figures.

Brosh often writes about her two dogs, affectionately dubbed “the simple dog” and “the helper dog,” who are a hilarious odd couple. The simple dog has some sort of cognitive handicap (Brosh confirmed this with a very scientific test she found online) and is bewildered by most things, while the helper dog (who Brosh hoped would serve as a sort of service animal for the simple dog, hence his moniker) is inexplicably antisocial. Together they get into all sorts of hijinks, from poorly dealing with the trauma of moving to being confused by snow to attempting to trick their human into feeding them twice in a row. Brilliant timing, perfect tone, and illustrations that uncannily capture the dogs’ facial expressions and emotions combine to create pure comedic genius. 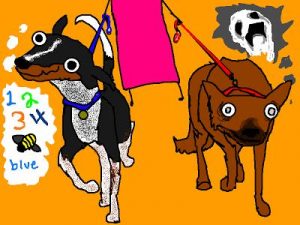 Beside funny incidents in her life, Brosh also tackles a more serious topic: her battle with depression. In two essays, she takes the reader through her struggles, from experiencing crippling sadness to being unable to experience any emotions at all to realizing that she might be suicidal. Her recounting is honest and unflinching. Having struggled with depression myself, I can relate to so much in these essays—she puts experiences and feelings I’ve had into words (and pictures), in a way that is completely clear and straightforward. Brosh is able to capture complicated emotions (or lack thereof) with simple drawings and smart metaphors. Her essays about the darkest parts of her struggle still have moments of real humor—it never seems disrespectful or out of place, but instead feels completely genuine. The second essay ends with an upbeat illustration that portends slow but meaningful progress towards recovery.

Brosh also delves into her childhood as fodder for the book. One of my favorite essays—also an extremely popular post on her blog—is called “The God of Cake.” When her mother makes a special cake for her grandfather’s birthday, our young author, upon seeing it, morphs into a crazed creature whose sole focus in life becomes devouring the cake immediately, despite her mother’s admonishment that it is not to be eaten until later. Reason abandons her and the overwhelming need for sugar turns into mania. The results are . . . not pretty. These childhood tales are told with wit, touches of sarcasm, and hilarious hindsight. 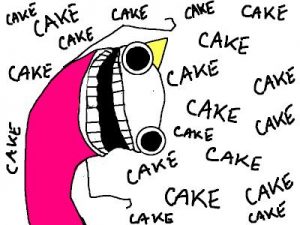 When Hyperbole and a Half first came out, I gave it to almost everyone in my life. Forgetting this, I am constantly recommending it to these same people, to which they invariably respond, “Yes, I know it’s great. You’ve already given it to me twice.” So, since I have run out of friends, family, and random acquaintances to give it to, I am recommending Hyperbole and a Half to you. Just try not to read it in a crowded, enclosed space like a subway car, so you won’t alarm people with your hysterical outbursts of laughter.

Hyperbole and a Half
by Allie Brosh 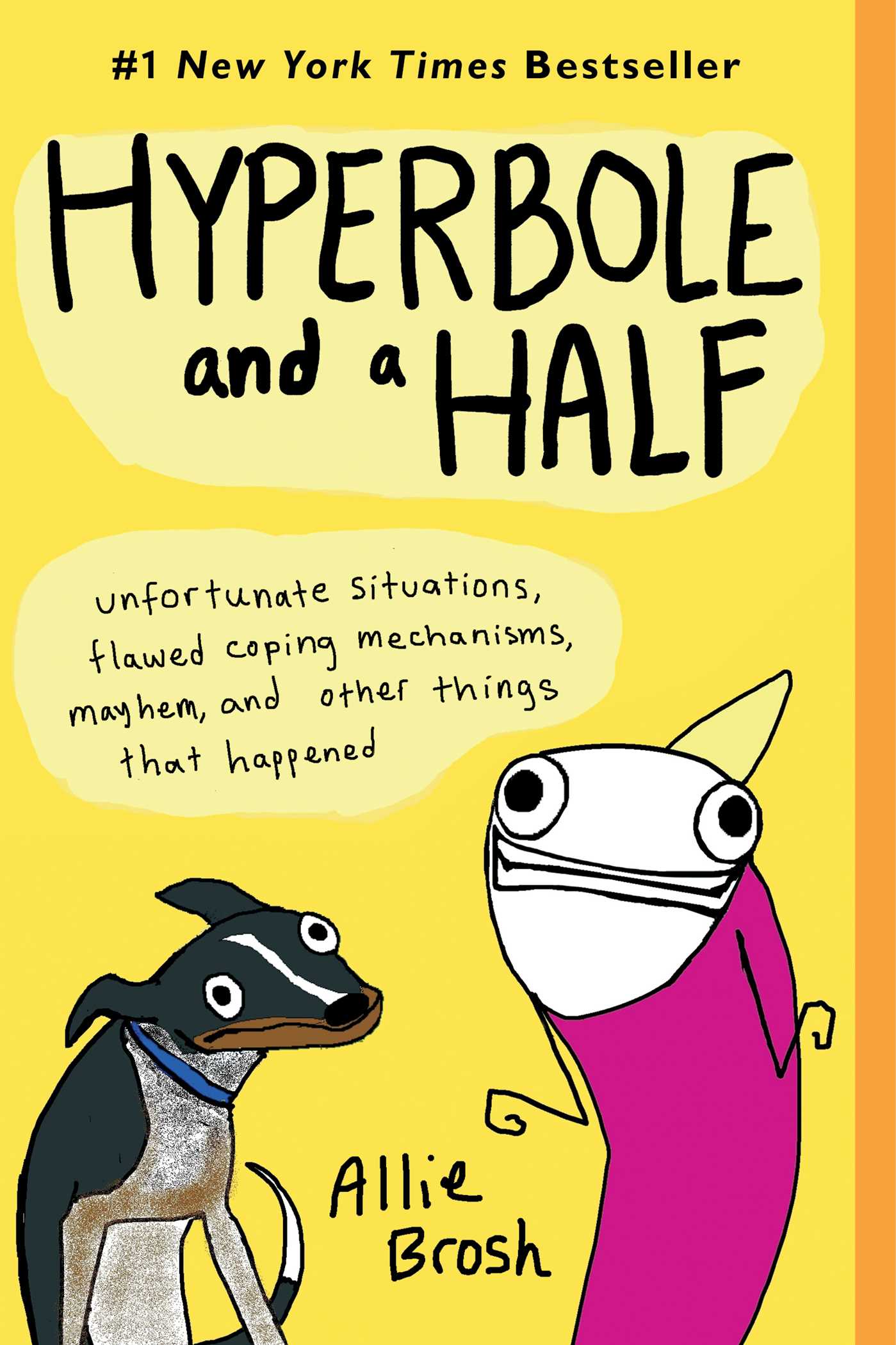 |+| Add to Your Shelf
Hyperbole and a Half
Allie Brosh

“I have read very few books in my life that compelled me to laugh so loudly in public that it made the people around me visibly uncomfortable. Allie Brosh’s HYPERBOLE AND A HALF is one of them.”

6 Beautiful Books That Will Bring You Happy, Cathartic Tears