“I may have found a solution to the Wife Problem.” These are brilliant geneticist Don Tillman’s first words to the reader. The “Wife Problem” is not a euphemism for a genetics study or even a personal problem with his wife. No, Don’s “Problem” is that he doesn’t have a wife. Most people would just say “I’m single,” but Don Tillman is not most people. The protagonist of Graeme Simsion’s romantic comedy, The Rosie Project, is the most refreshingly unique, honest, and hilarious character I have read in a long time. I don’t generally read romantic comedies, but this one stole my heart right from the first paragraph.

Don Tillman is in the market for a wife. He has tried traditional dating with disastrous results; it is strongly suggested (but never confirmed) that Don has Asperger’s syndrome, making social situations a veritable minefield of potential blunders. Don decides to find a wife in a way that makes sense to him as a scientist—he will develop an evidence-based, scientifically sound survey to weed out unsuitable candidates (the drinkers, the smokers, and the late arrivers) and narrow the field for him to find the perfect mate.

When Rosie Jarman comes to his office, Don assumes that she is an applicant for the “Wife Project,” but in reality, she is seeking his expertise as a geneticist in order to identify her biological father. Though Don quickly determines that Rosie is an entirely unsuitable candidate for the “Wife Project,” he finds himself strangely drawn toward helping her with the “Father Project.” What follows is Don’s uproarious, quirky, and deeply moving journey to realizing that love isn’t an equation to be solved, and sometimes it finds you when you least expect it.

Don’s voice is strong, endearing, and idiosyncratic. For example, in describing how he met Gene, one of his very few friends, Don explains, “During the time we worked concurrently in the Genetics Department, we had numerous interesting discussions. . . . I would have been satisfied with our relationship for this reason alone, but Gene also invited me to dinner at his house and performed other friendship rituals, resulting in a social relationship.” I had never read a voice quite like this before—Don reminds me of TV characters I love like The Big Bang Theory’s Sheldon Cooper and Criminal Minds’ Spencer Reid.

Don lives his life in a painstakingly planned and orderly fashion. He uses the “Standardized Meal System,” in which he cooks the same meal for himself on the same day every week; Tuesday is always lobster, avocado, and mango salad. Among the advantages of this system, Don explains, is “minimal cognitive load required.” He also carefully plans his day so that he gets an adequate amount of sleep (because loss of sleep would result in “consequent reduction in mental and physical performance”) and has enough time to clean his bathroom properly (because “compromised bathroom hygiene” results in “consequent risk of disease”). Any unplanned-for variable (an unpredictable woman like Rosie, for one) causes considerable distress and complication in Don’s regimented life. Despite (perhaps even because of) his eccentricities, I identified strongly with Don; I think everyone will. We’ve all been in social situations where we’ve felt awkward—accidentally saying the wrong thing or inadvertently insulting someone. His methods may be unconventional, but the “Wife Project” is something we all go through one way or another—Don is sincerely seeking love and companionship.

Matthew Quick (author of The Silver Linings Playbook, another novel containing an unconventional and touching path to love), said, “Don Tillman helps us believe in possibility, makes us proud to be human beings, and the bonus is this: he keeps us laughing like hell.” I couldn’t say it any better. The Rosie Project is a novel for people who love romantic comedy, but also for people (like me) who don’t think they like romance and are looking for something funny and relatable.

The Rosie Project
by Graeme Simsion 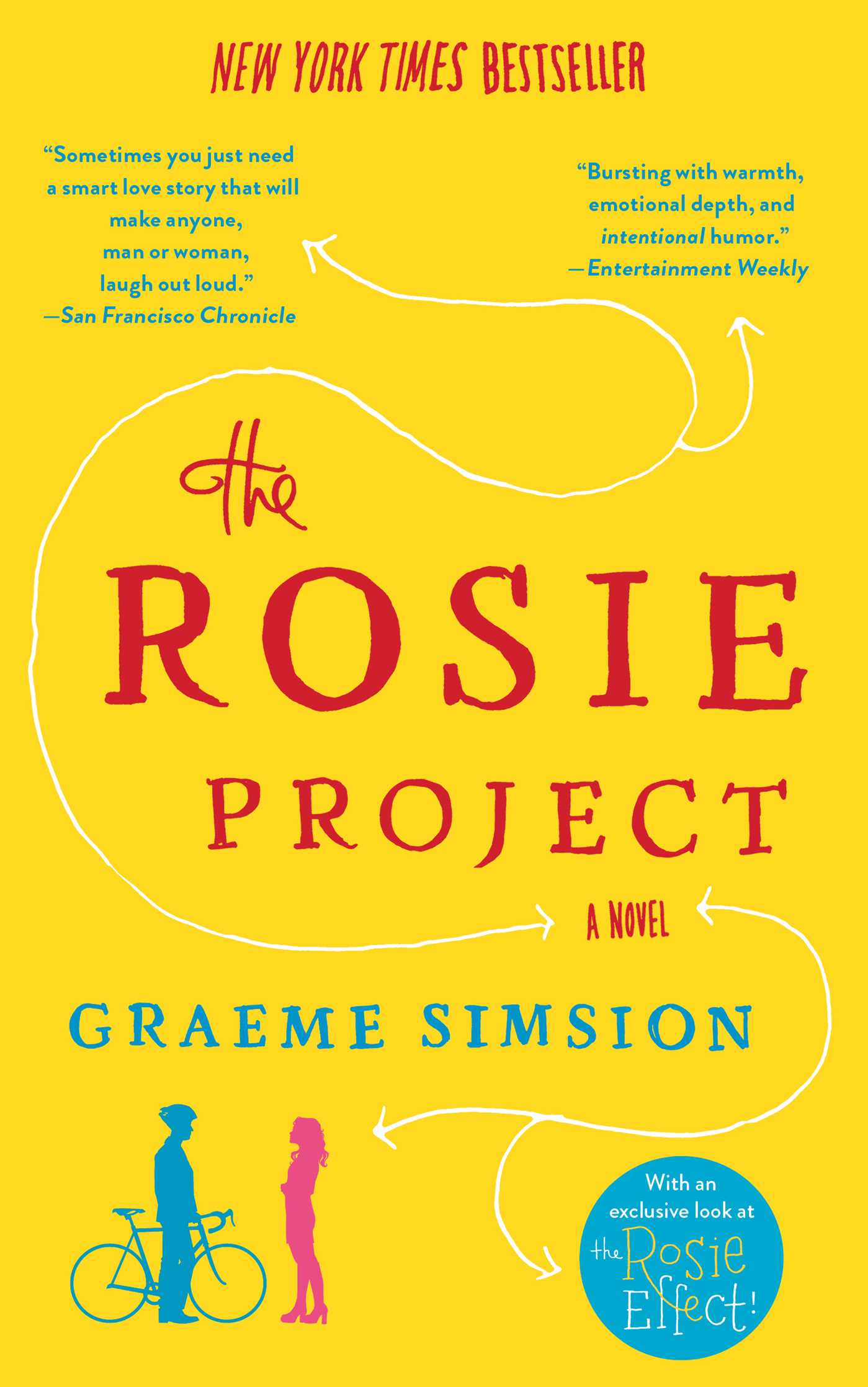 |+| Add to Your Shelf
The Rosie Project
Graeme Simsion

The protagonist of Graeme Simsion’s romantic comedy THE ROSIE PROJECT is the most refreshingly unique, honest, and hilarious character I have read in a long time. I don’t generally read romantic comedies, but this one stole my heart right from the first paragraph.