When Charles Fishman’s The Big Thirst was published in 2011, one critic paused in his praise to point out that the book came at “an odd moment.” At the time, the snowpack at Lake Tahoe was 165 percent of normal. Today, state officials anticipate the statewide snowpack to be 6 percent of normal. Just four years later, as California faces a historic drought, Governor Jerry Brown has declared, “We are in a new era.”

Investigative journalist Charles Fishman foresaw and detailed this “era” in a book that spans time and geography, and presciently explored how all of us need to rethink the way we use and value water.

Most of us don’t think about water at all. It’s cheap. It’s available. It’s seemingly limitless. Our daily life: We take long showers. We water our lawns. We do the dishes. We eat almonds with abandon (1.1 gallons of water per nut!). Americans pay an average water bill that’s a pittance—and too often divorced from any kind of market. We are profligate with water because it’s undervalued. And most of us don’t witness where water’s use is truly titanic—power plants, golf courses, agricultural fields.

But Fishman is not a crank or a scold. What makes this book so invigorating and so imaginative is the way he explores the innovations in water use and reclamation in places such as Las Vegas or Orange County, Florida, or at companies such as IBM and Campbell Soup Company. Necessity—of supply and demand, of geography and circumstance—has triggered local solutions to a global issue. The book abounds with optimism and stories of resilience.

Water, after all, is recycled—always has been, always will be. Just think: You could have showered this morning in the same water a brontosaurus drank, or made tea with water that once nursed the earth’s first protozoans! “No water is being created or destroyed on Earth,” Fishman writes. Some of it’s just being used more responsibly and intelligently—and hopefully increasingly so.

California’s crisis is a reminder: The era of “smart water” is upon us, and the moment for The Big Thirst is now.

Ben Loehnen, a senior editor at Simon & Schuster, is also a birder.

The Big Thirst: The Secret LIfe and Turbulent Future of Water
by Charles Fishman 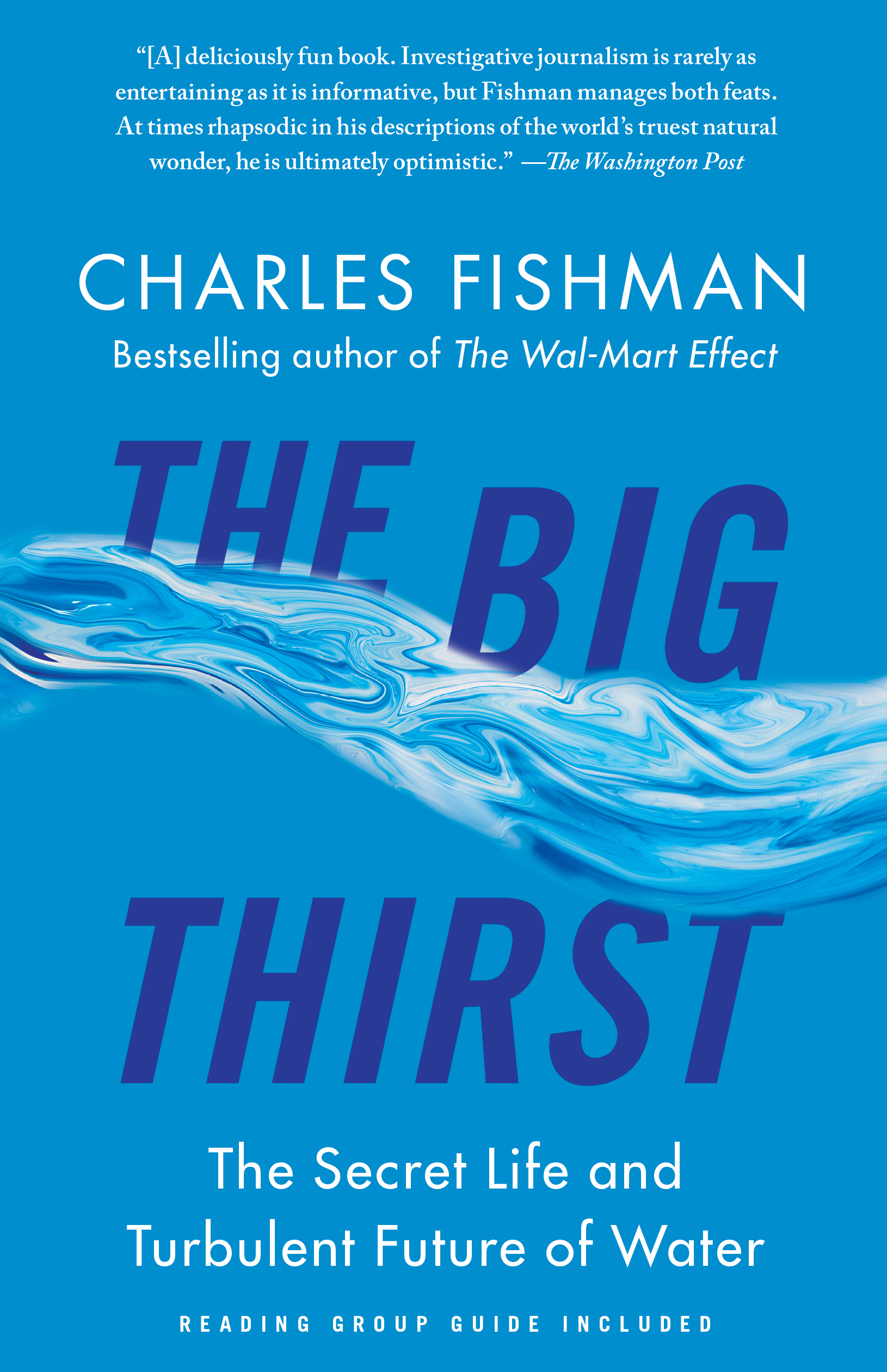 |+| Add to Your Shelf
The Big Thirst: The Secret LIfe and Turbulent Future of Water
Charles Fishman