I’d heard of Joseph Kanon long before I ever met him. He got me in trouble with my boss. The year was 1996 and I was a newly arrived editor at Ballantine Books. Everyone around town (or at least in book publishing) was talking about the fact that Joe Kanon, the esteemed former president of both Houghton Mifflin and E. P. Dutton, had written a novel. A novel that people who had read it said was extraordinary. A novel that power-agent Binky Urban had sold to Broadway Books. A novel that had not been submitted to me. My highly displeased boss wanted to know why. I mumbled something about it perhaps being too literary for our list, or an oversight on Binky’s part, or any number of other vaguely plausible reasons . . . and then I quickly got out of her office. Thanks for nothing, Joseph Kanon!

That book turned out to be Los Alamos, and it deservedly became a bestseller and won that year’s Mystery Writers of America’s prestigious Edgar Award for Best First Novel. Fast forward a decade (through years that saw three more extremely impressive novels come from Joe, including The Good German, a powerful book made into a less-powerful film starring George Clooney and Cate Blanchett). I was now an editor at Atria Books and I found myself once again walking into my boss’s office to talk about Joseph Kanon. This time, I was not in trouble. Binky was looking for a new publisher for Joe and was preparing to send us his latest manuscript. Soon we had a two-book deal in place and I was to be Joe’s new editor. (Cue the choir of angels!)

That wonderful new book turned out to be Stardust, which was followed a year and a half later by the knockout Istanbul Passage, and in March 2015 by the brilliant Leaving Berlin. Here’s the thing about Joe’s books. They are all set in roughly the same time period—the years just after the end of World War II—but in different parts of the world: Los Alamos; Washington, DC; Hollywood; Venice; Istanbul; Berlin—and next up, Moscow (but you have to wait another year for that one). Kanon’s novels provide a kaleidoscopic portrait of the West at a precarious historical moment when old alliances are coming apart, the Cold War is getting downright frosty, and moral compromise is the rule of the day. Each of Joe’s books is unique and stands on its own, but when you step back and take them all in together, the enormity of what he has accomplished is revealed: here is the story of the birth of the post-war world happening simultaneously in some of the most intriguing places on the planet. Thanks for everything, Joseph Kanon!

Click here to find out more about Joseph Kanon. 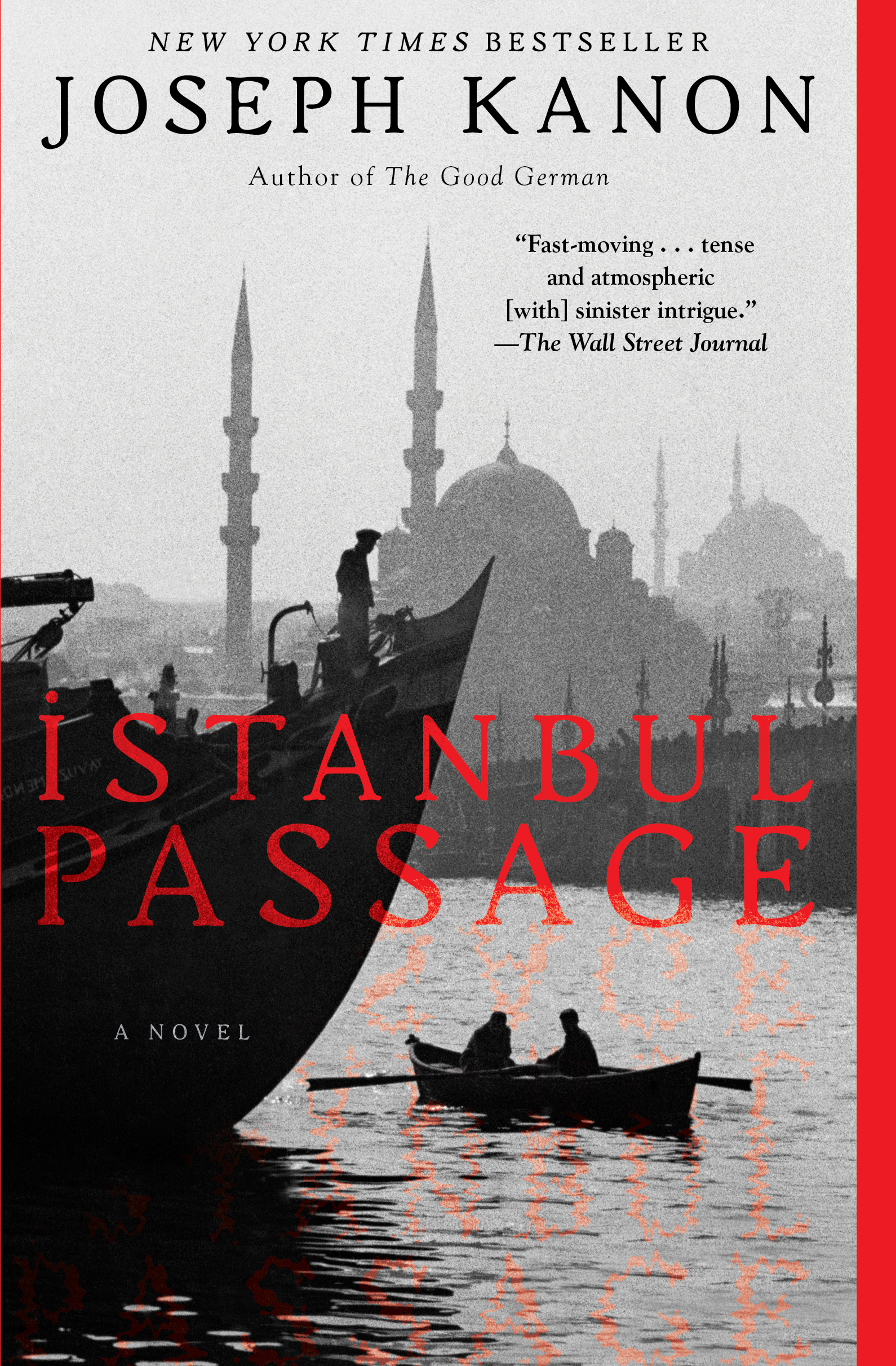 Notice: Trying to access array offset on value of type null in /home/offtheshelf/public_html/web/app/themes/ots/_inc/template-parts/books/book-modal.php on line 31
|+| Add to Your Shelf
Istanbul Passage
Joseph Kanon