“Writing stories not only involved secrecy, it gave [Briony] all the pleasures of miniaturization,” Ian McEwan writes in his 2001 novel Atonement. “A world could be made in five pages, and one that was more pleasing than a model farm. The childhood of a spoiled prince could be framed within half a page, a moonlit dash through sleepy villages was one rhythmically emphatic sentence, falling in love could be achieved in a single word—a glance. The pages of a recently finished story seemed to vibrate in her hand with all the life they contained.”

Like the fanciful stories written by Briony Tallis, Atonement vibrates with beautiful, poetic prose. McEwan peppers the tragic love story of Cecilia Tallis and Robbie Turner with a wordy detail that is too rarely used in modern novels. The writing echoes Joyce and Austen. Every character and setting is described beautifully and in such detail that the reader is able to glimpse the author’s imagination as his characters move across the English countryside and through the battlefields of 1940s France. McEwan has written a novel within a novel, a surprise that isn’t apparent until the very end. This twist compels the reader to reread passages again in a new light and wonder just what really happened and what did not.

When I first read Atonement — after seeing the film adaptation — I had already fallen in love with the story but now I fell in love with McEwan’s writing prowess. His sentences are meant to be read aloud. Long, pensive sentences are followed by abrupt exclamations. His writing is cadenced, melodic. The wording is proper, the English language impressively commanded, yet it remains understated and unpretentious. Atonement became the benchmark for nearly all fiction I read after. As a writer, envy may be the best word to describe my feelings toward Atonement because I wanted to write that well.

I told everyone to read it. I recommended it to my mom, my friends, even mentioned the book on a job interview. If someone didn’t like it, I demanded (in amazement) to know why. Yet, when someone also shared my passion for the book, when I saw it listed as someone’s favorite novel on social media, I felt almost protective and jealous. It was my book to love. But I realize it’s too good of a book to keep to myself. It should be your book to love, too. 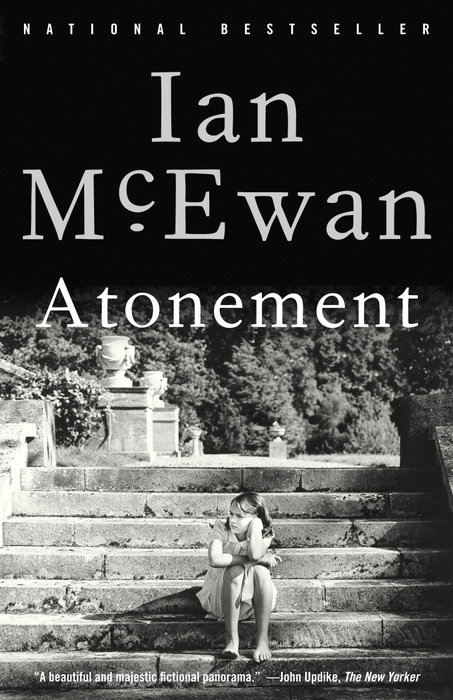 Ian McEwan’s symphonic novel of love and war, childhood and class, guilt and forgiveness provides all the satisfaction of a brilliant narrative and the provocation we have come to expect from this master of English prose. Benedict is the icky Paul Marshall. His scene with the candy bar is worth every penny.

Remembrance of Things Past: 12 Moving Novels of the Second World War