For many, college is a time of radical personal reinvention and social experimentation. Having attended a miniscule religious university in Southern California, however, the extent of my collegiate rebellion was sadly not dissimilar from what most have experienced by sophomore year of high school; exclusive, clique-driven social gatherings that involved decorating holiday-themed cookies followed by a rousing group chorus of “Blessed be Your Name” dominated my social calendar for the better part of 4 years.

Never a stellar vocalist myself, I was rarely irked when my invitation to such get-togethers failed to arrive. I had episodes of GIRLS to re-watch and besides, I felt uncomfortable praying out loud. All year long I strove to ignore this social gospel of Christ-ordained exclusion, and every year my resolve faltered when October rolled around.  Surrounded by palm trees whose leaves did not change to hail the impending seasonal shift, an elite annual outing served to mark Fall’s arrival: a late night odyssey to the Los Angeles Landmark Theater’s showing of the beloved cult film The Room.

Despite participant efforts to keep the excursion out of social media headlines, the excitement surrounding it was palpable. I strained to decipher giddy, hushed references to plastic cutlery and a strange, oafish inflection applied to dialogue about football and a woman named Lisa. Google searches for “The Room movie” revealed nothing more than a cryptic, clunky website and an IMDB page boasting images I assumed belonged to a 90’s vampire thriller. The fated evening came and went whilst I decorated jack-o-lantern shaped baked goods in a feeble attempt to subdue my jealousy.

Fast forward four years and I’d taken a job in book publicity at Simon & Schuster; my days consisted of preparations for the release of The Room star Greg Sestero’s hilarious memoir: The Disaster Artist. The thrill of having found employment combined with my delayed understanding of all those plastic spoon jokes left me elated. I tore urgently through the book’s outlandish chapters, each one crammed with anecdotes that, despite reading like a novel, were simply too absurd to have been fictionalized. Written with award-winning journalist Tom Bissell, The Disaster Artist is an entirely unique reading experience, mixing laugh-out-loud comedy with a strange and unexpectedly emotional narrative chronicling the friendship between Sestero and his enigmatic partner in crime Tommy Wiseau.

Publication day soon arrived, triggering my devolution into a self-promotional social media troll. Broadcast appointments with Greg Sestero! Mysterious phone calls from Tommy Wiseau! Movie interest from James Franco! I was inside the phenomenon, nay, I WAS The Room! To ensure this message was driven home to any college frenemies keeping tabs on my online presence (read: zero), I peppered Instagram with thinly veiled photographic attempts to connect myself to the entire Room brand, tagging author Greg Sestero in unsubtle pictures of studio greenrooms next to exceptionally uncreative hashtags including but not limited to: #TheRoomMovie, #BookzRKool, and #ILoveMyJob (posts have since been deleted as a result of #hindsight).

Quarter-life crisis aside, the frenzied hysteria to which I briefly succumbed seems merely representative of the larger spectacle surrounding The Room. The juxtaposition of the film’s early failure with its earned infamy appeals to any red-blooded, millennial, pseudo-hipster’s desire to be a part of something quirky, emotionally compelling, and artistically authentic, all whilst remaining culturally recognizable on social media. The Disaster Artist explicates those absurd and inscrutable qualities of the film within the context of what turns out to be a classic underdog story: two unlikely friends chasing a dream and beating some rather significant odds on a lengthy and unconventional journey to stardom.

The Disaster Artist
by Greg Sestero and Tom Bissell 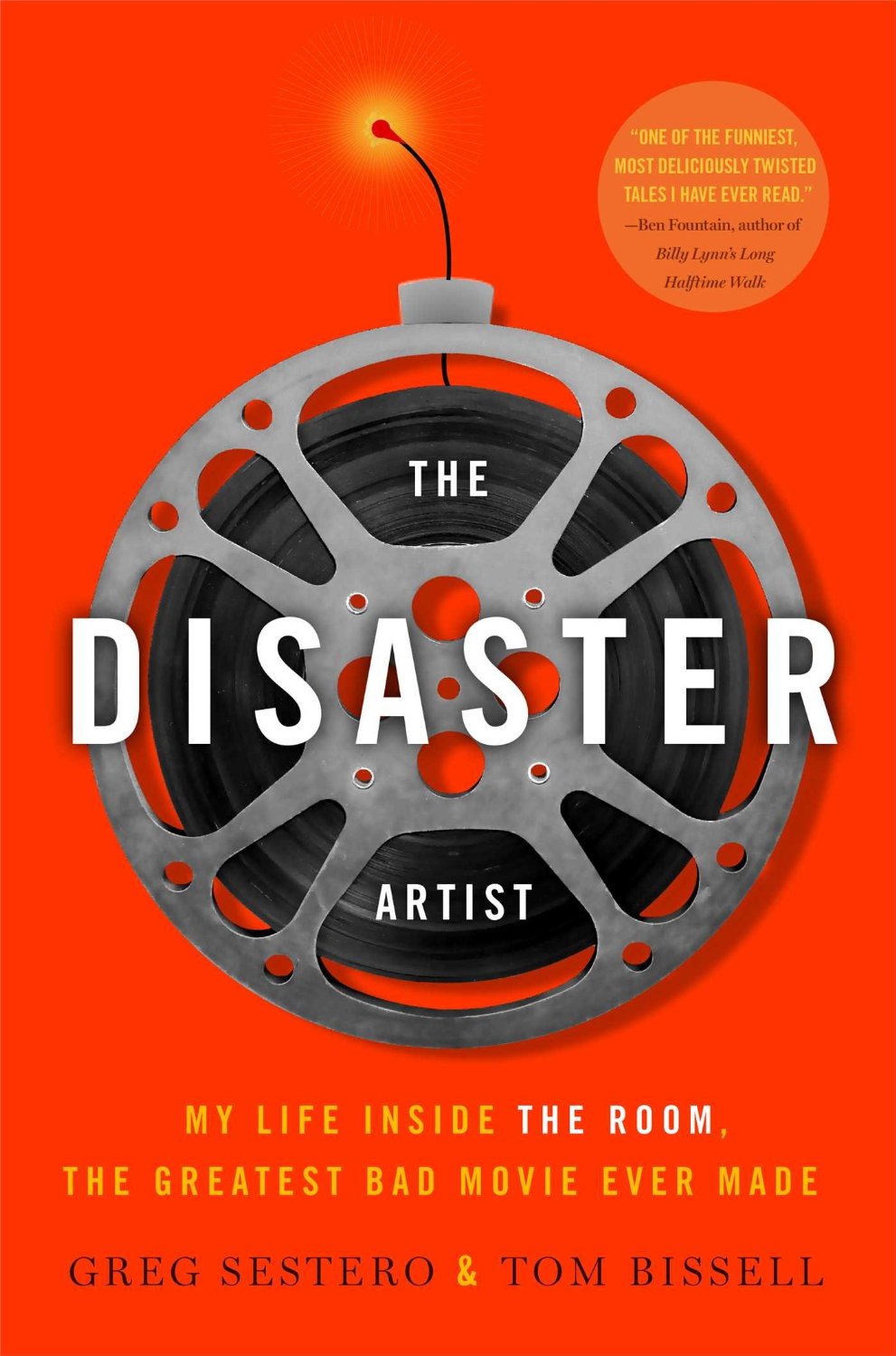 Hailed by The Huffington Post as “possibly the most important piece of literature ever printed,” The Disaster Artist is the hilarious, behind-the-scenes story of a deliciously awful cinematic phenomenon as well as the story of an odd and inspiring Hollywood friendship. Greg Sestero, Tommy’s costar, recounts the film’s bizarre journey to infamy, explaining how the movie’s many nonsensical scenes and bits of dialogue came to be and unraveling the mystery of Tommy Wiseau himself. But more than just a riotously funny story about cinematic hubris, “The Disaster Artist is one of the most honest books about friendship I’ve read in years” (Los Angeles Times).