Andrew Kaufman is the author of UNDERSTANDING TOLSTOY and coauthor of RUSSIAN FOR DUMMIES. He’s also recently written GIVE WAR AND PEACE A CHANCE. We asked him to tell us precisely why we should give it a chance, and a few of us are going to take him up on it.

I’ve read War and Peace maybe fifteen times over the past twenty five years, and each time it comes alive for me in a new way. In 2008 it became a new book again as my family went through a serious financial crisis. I understood something about the novel that I’d only glimpsed in previous readings: that at its deepest level this is a book about a society going through a time of rupture. Taking place during Russia’s wars with Napoleon in the early nineteenth century, the novel focuses on the trajectories of five aristocratic families whose lives are turned upside down by the forces of war, social chaos, and spiritual confusion. “Is it possible to remain at ease in our time?” one character asks early in the novel. That is the very question that I, like many others, was asking back in 2008. Many of us still are. War and Peace, I have come to realize, is perhaps the classic for our time.

However, a classic is, as Mark Twain aptly quipped, something that everyone wants to have read and nobody wants to read. At nearly 1500 pages, War and Peace is certainly no exception. Yet it is also a perennial bestseller in many languages—nearly 150 years after its publication—because it speaks intimately to nearly any reader, no matter what his or her background or nationality. In 361 cinematic chapters of a few pages each, Tolstoy moves seamlessly back and forth between ballrooms and battlefields, marriages and massacres, private lives and public spectacles. You see, hear, and feel everything in Tolstoy’s world: glistening sunrises, whining cannonballs, exhilarating troika races, glorious births, brutal deaths, and everything in between. If a human being has ever experienced it, War and Peace depicts it.

It also happens to be one of the wisest books ever written. Tolstoy’s realism, you see, serves the deeper purpose of inviting readers to share vicariously in the characters’ journeys, and grapple alongside them with life’s “accursed questions”: Who am I? Why am I here? How should I live? Few writers capture the texture of the ordinary, the nuances of behavior, the sounds and sights of nature as powerfully or precisely as Tolstoy. And at the same time, few writers go straight to the heart of life’s most fundamental questions as unabashedly as he does. That union of big ideas with the tiniest details of everyday life is one of the hallmarks of War and Peace—and one of the reasons this book has sustained my intense interest over so many years.

There’s a wonderful scene late in the novel in which Pierre Bezukhov, now a Russian prisoner of war, is brought before a French firing squad. Prepared to die, he discovers, miraculously, that he has been escorted there only as a witness. Still, the sight of the blind-folded factory worker being shot in the head (which Pierre well realizes might just as easily have been him) is enough to shatter his every illusion he’s ever had about his own power, every ounce of his faith in “the world’s good order, in humanity’s and his own soul, and in God.” He is then thrown into a dark shed, where a fellow prisoner gives him some potatoes. These are hardly the first potatoes Pierre has ever eaten. But they may be the first potatoes he has ever really…tasted. More than physical nourishment, these modest little hunks of carbohydrate, handed to him in an act of simple kindness, reconnect Pierre to the human family, to the earth, to himself. They bring Pierre back to life in every sense of the word.

Over and over again War and Peace shows how moments of hardship can often teach us to pay attention to our surroundings and ourselves in a way that we often fail to do in more smooth-flowing times. When Pierre is freed and returns to Moscow after the war, he is grounded and appreciates life as never before. He even admits to Natasha and Princess Marya that he’d go through it all over again. Why? Because “[o]nce we’re thrown off our habitual paths, we think all is lost; but it’s only here that the new and the good begins.” The world, Tolstoy reminds us, is a mysterious place where things aren’t always what they seem, today’s tragedy often paving the way to tomorrow’s triumph. Which is why this novel chock full of clear, honest reflection about the pain of living is also one of the most life-affirming works of fiction one will encounter. It does exactly what Tolstoy said fiction should do: “force people to love life in all its countless, inexhaustible manifestations.”

War and Peace
by Leo Tolstoy 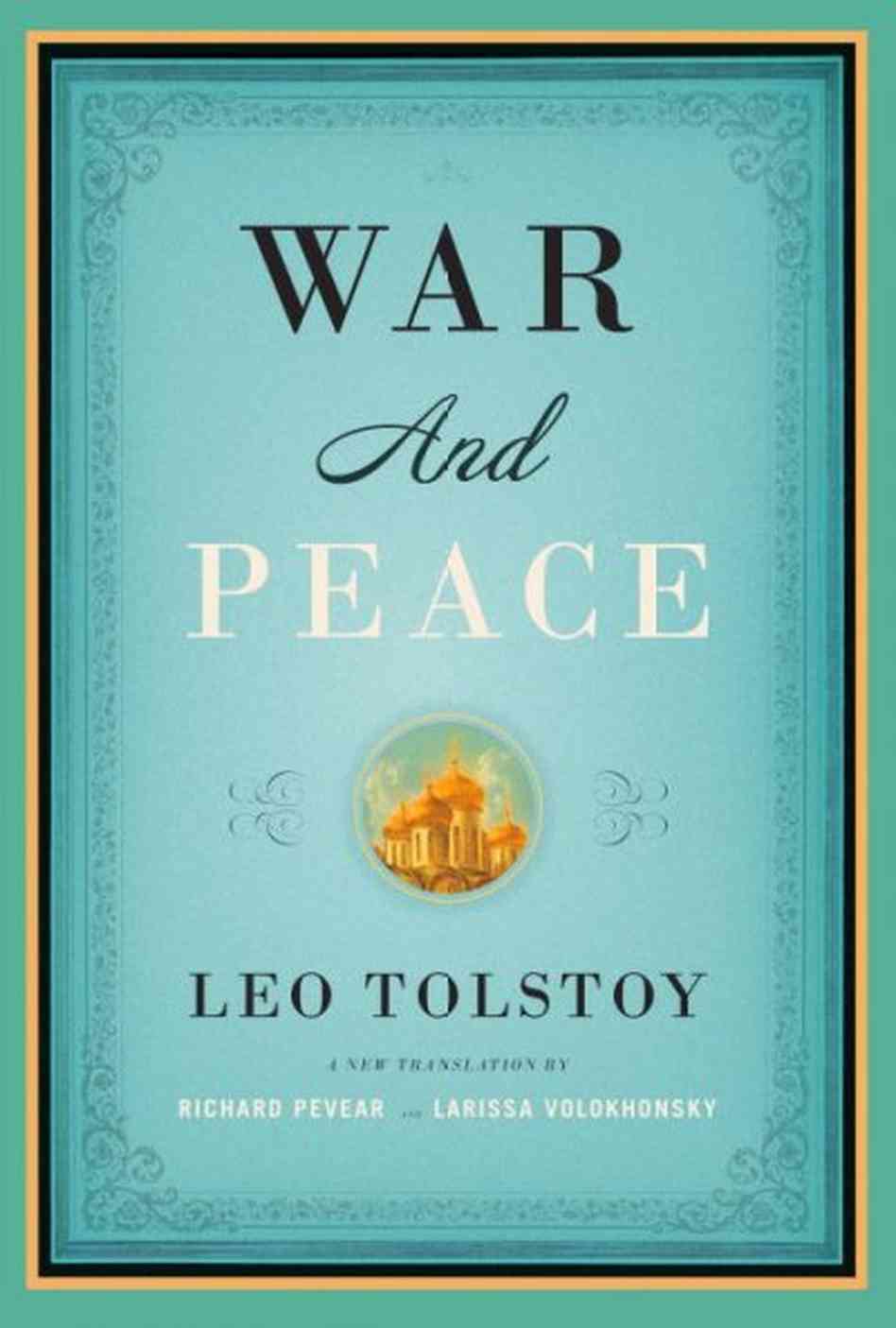 Notice: Trying to access array offset on value of type null in /home/offtheshelf/public_html/web/app/themes/ots/_inc/template-parts/books/book-modal.php on line 31
|+| Add to Your Shelf
War and Peace
Leo Tolstoy

Captivating generations of readers, this epic work of literature is considered Tolstoy’s masterpiece. Set during Napoleon’s invasion of Russia in 1812, War and Peace brings to life peasants and nobility alike and their personal and political struggles.