The Little House on the Prairie television series seemed like wholesome family entertainment, and it was. However, any avid watcher of the Ingalls’ family’s trials and tribulations knows that pioneer life wasn’t all about Pa playing his fiddle by the fire. Who could forget Nellie Oleson’s bullying (and Laura’s revenge), Mary’s blindness, Albert’s morphine addiction, or when the whole town went up in flames? Of course, there were the more mundane homesteader-related incidents – ruined crops, contagious diseases, and questionable health care.

The TV series was far less romanticized than Laura Ingalls Wilder’s book series. But after reading The Homesman by Glendon Swarthout, which is basically Little House on the Prairie for grown-ups, you’ll realize that even at its grittiest, Little House couldn’t capture the whole truth about the devastating hardships of prairie life.

What’s most compelling about this book is its focus on the plight peculiar to frontier women and children in a way not depicted in other books set in this time period. Without giving away too much of the plot, The Homesman is Swarthout’s well-researched portrayal of the aftermath of a devastatingly brutal winter on a small group of settlers out West in the 1850s. How brutal, you ask? So brutal that four of the women, all wives and/or mothers who had faced unimaginable horror, can no longer function and must be returned to their families in Iowa.

No townsman is willing to take on the burden of getting these women home, so the plucky, self-sufficient Mary Bee Cuddy, possessing that same stalwart determination of Laura Ingalls but minus the folly, voluntarily steps in and, with the surprising help of an unsavory companion, Briggs, begins the arduous journey East with the catatonic women holed up in the back of a rickety covered wagon. As you might imagine, the journey doesn’t go smoothly, and the travelers are met with challenges ranging from violence, lust, and ice storms to death, isolation and illness. At times, the reader is left wondering if catatonia may not be the preferred frame of mind in which to face being at home on the range.

Swarthout’s pitch-perfect narration takes turns between the voices of the resolute Mary Bee and the coarse Briggs, and his use of period colloquialisms brings the reader fully into the era. We’re in the wagon with the travelers and although conversation is stark, no intimacy is spared as the story unfolds with the miles.

If you’re a fan of Little House nostalgically seeking the days of running barefoot with a sun bonnet hanging down your back, The Homesman may not be the book for you. However, if you are intrigued by beautifully human (i.e. fatally flawed) characters and are willing to face the harsh realities of life when things went dreadfully wrong in the middle of nowhere, this compelling and engaging read will chew you up and spit you out in a way you won’t soon forget. It’s a fascinating piece of American history that makes you question your own ability to endure, and brings the understanding that heroes aren’t necessarily the ones who survive.

I’m apprehensive of where the soon-to-be released film version (starring Hilary Swank and Tommy Lee Jones) is going to lead this story and these characters, so I suggest you read the book first and meet Mary Bee and Briggs in the way Swarthout intended. Then perhaps you, like me, will be hoping for a different sort of ending at the theater.

The Homesman
by Glendon Swarthout 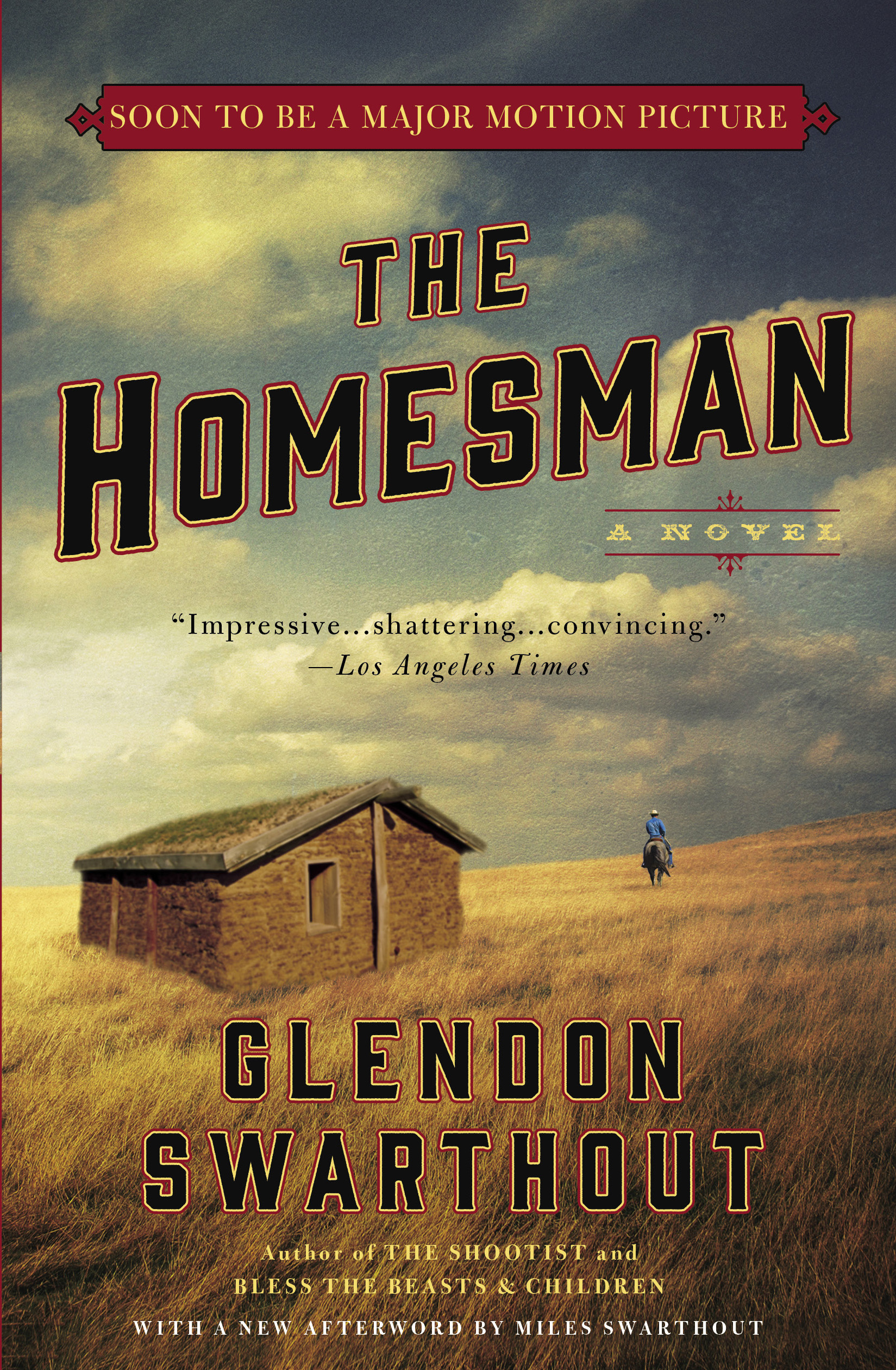 |+| Add to Your Shelf
The Homesman
Glendon Swarthout

The 10 Most Popular Books of August

A LITTLE HOUSE ON THE PRAIRIE Reading List for Grown-Ups

The Grown-Up “Little House on the Prairie”