Yes, you read that right: this weekend, in their first collaboration ever, Lifetime will be releasing a made-for-TV movie based on a Stephen King novella. Believe it or not, this pairing doesn’t seem all that odd when one looks at the source material. Skeptical? Read on.

The fodder for the Lifetime movie is the novella, “Big Driver”, which is included in  King’s short story collection Full Dark, No Stars. “Big Driver” centers on Tess, the middle-aged writer of the Willow Grove Knitting Society mysteries – a series of cozy mysteries, beloved by grandmothers everywhere, starring a group of Miss Marple-esque amateur sleuths. To supplement her income, Tess often drives around the area to do paid speaking engagements. After one such engagement, she takes directions from a kindly librarian for a short-cut to the highway. She is cruising along feeling great about the time saved until she accidentally drives over some boards with rusty nails protruding from them and one of her tires is blown out. Luckily, a few minutes later a trucker stops and offers to help change the tire. Well, Tess thinks it is lucky until the bone-chilling moment when she notices more of the exact boards that were in the road are also in the back of the truck – her accident was not an accident. The man (a giant, hulking man) knocks Tess out, drags her to an abandoned shack, and rapes and beats her for hours. She is finally tossed into a pipe and left for dead next to the corpses of previous victims.

After a hellish evening, Tess survives and makes it home. She is hesitant to call the police – her books give her just the right amount of fame that her plight could become industry gossip – so she does some sleuthing a la the Willow Grove ladies and is able to uncover the identity of her rapist. He is known as “Big Driver” and he owns a trucking company. Tess is then faced with a choice: anonymously call in a tip about the bodies in the pipe (what the Old Tess would do) or listen to the raging, vengeful New Tess in her head and hunt Big Driver down and end him for good. What will she choose? Oh, come on people, its Stephen King and Lifetime – we all know what she chooses. And let me tell you, it is suspenseful, tense, and deliciously well-deserved. New Tess is a Girl-With-the-Dragon-Tattoo-esque bad-ass and she is not to be messed with. The story and the movie are both riveting entertainment.

As good as “Big Driver” is, my personal favorite story in the collection is “1922”. Told in the form of a written confession, this is the story of Wilfred James, a country boy and farmer to his core; this man’s land is everything to him. So when his wife inherits a large plot of land from her father upon his death, her insistence on selling it and using the money to move to the city is unacceptable. Wilfred admits that, being the husband and head of household,  he could have taken legal action and  gained control of the land peacefully. However, he explains, “I had come to hate her, you see. I had come to wish her dead…I believe that there is another man inside of every man…a Conniving Man. And I believe that in March of 1922…the Conniving Man inside Farmer Wilfred James had already passed judgment…and decided her fate.” So, with the reluctant help of his impressionable young son, Wilfred slits his wife’s throat and throws her down the well in the back yard. By the following morning, when he goes to fill in the hole, rats have flooded into the well and are feasting on and nesting in the corpse. Horrified, he fills the well and seems to have successfully gotten away with murder. But in the macabre tradition of “The Tell-Tale Heart”, Wilfred starts to see and hear the rats everywhere – in his house, under the porch – no matter where he goes, they follow him, waiting and taunting. They haunt him and gnaw at the edges of his sanity.

What I love about Full Dark, No Stars and what never ceases to blow me away about Stephen King’s work is that while these stories are chilling, macabre, and suspenseful, they transcend all of the expectations that come with the genre and have truly perceptive and keenly observed insights into the human psyche. Especially in “Big Driver” and “1922”, King examines the different personas that lurk within the recesses of each and every one of us. Whether it is the Conniving Man or the New Tess, King probes the strangers that we can become when threatened or faced with unspeakable horror and pain. Can you really say that if you were brutalized and traumatized, a vengeful New You would not emerge? Or if everything you love that defines your very being was about to be taken from you, a Conniving You would not use any means necessary to prevent it? The situations are extreme, but the insights are real.

Definitely read the book first (as is always my rule of thumb). But when you finish I  bet that you will still have a desire to root Tess on when her story hits the small screen (perhaps it is perverse to root for a vigilante, but you will root for her), so you should tune into Lifetime and watch what happens when New Tess meets Big Driver on her own terms. 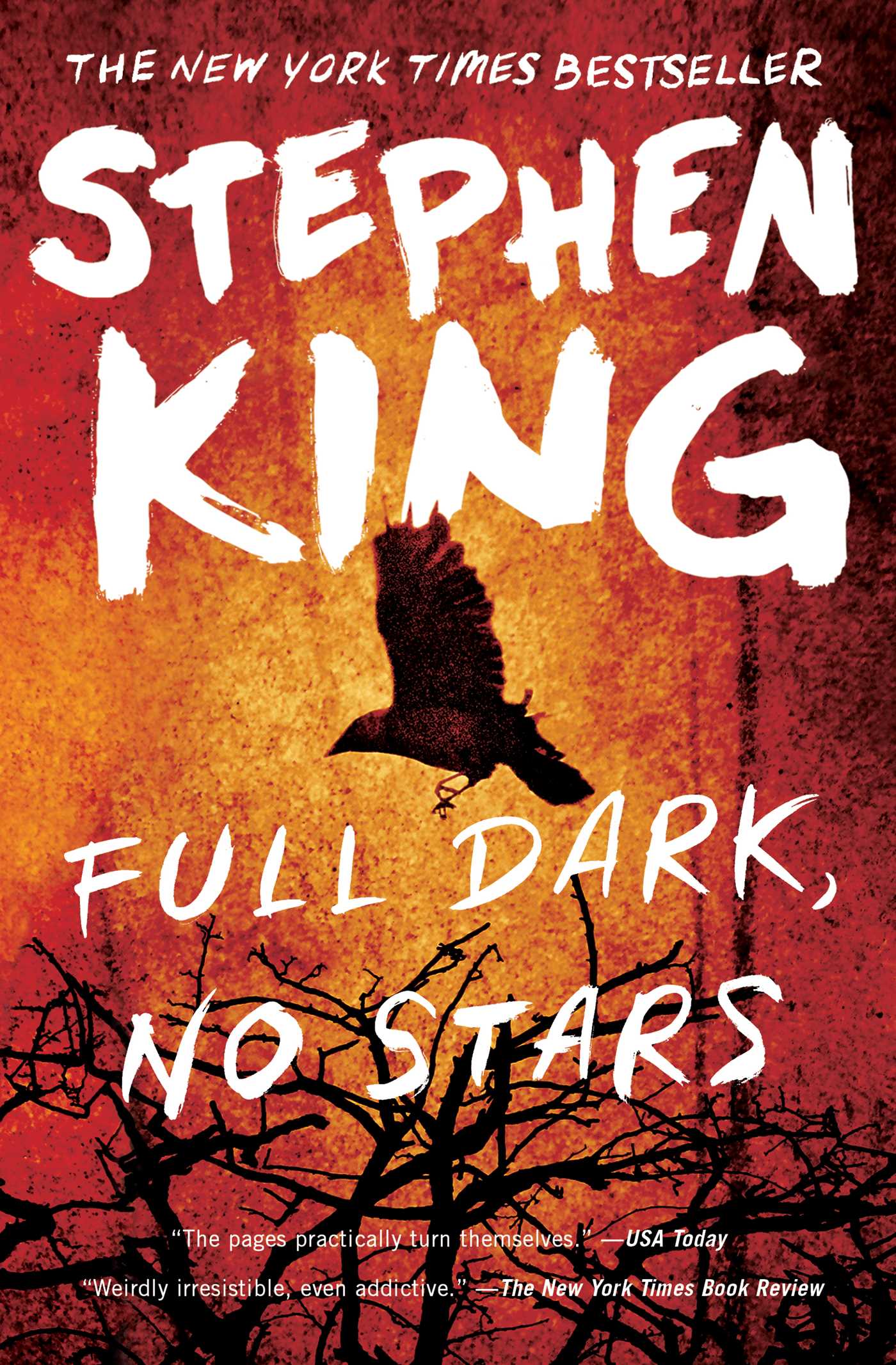 |+| Add to Your Shelf
Full Dark, No Stars
Stephen King

“What I love about FULL DARK, NO STARS and what never ceases to blow me away about Stephen King’s work is that while these stories are chilling, macabre, and suspenseful, they transcend all of the expectations that come with the genre and have truly perceptive and keenly observed insights into the human psyche.”

Pick a Movie You Want to See, And I’ll Tell You What To Next Read

Happy Birthday, Stephen King! 8 of Our Favorites From the Master

Happy Birthday to Us!

The Stephen King Novella that Became a Suspense-Filled Lifetime Movie