Santa Montefiore is an internationally bestselling author of many books including The French Gardener, The Summer House, and The Beekeeper’s Daughter.  Her recent release, Secrets of the Lighthouse, has garnered widespread praise.  As Jojo Moyes puts it, “Nobody does epic romance like Santa Montefiore. Everything she writes, she writes from the heart.”   Here, Santa discusses books she treasures.

Reading for pleasure is my ultimate luxury. Being an author means that most of the time I’m either writing and polishing my own novels, or researching for the next one. Consequently, I adore picking up a novel and disappearing into another world, but I’m very particular about what that world should give me. I want escapism. I want to smell it, taste it, and feel it—it has to be sensual, and I want to read prose that is uplifting, lyrical, and beautiful. I want a book I cannot put down, a book I hate to finish, and a story with characters who stay with me long after I have finished reading. I’ve read loads of novels, some great, some not so great, some entertaining, and some downright dreary. Few have stayed with me, but those that do are the ones I treasure and pass on to my friends. Here are some of the books I love. 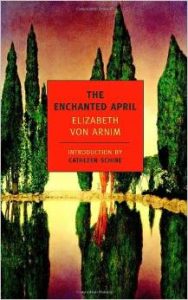 The Enchanted April, by Elizabeth von Arnim. Oh, this is such a heavenly novel! Set between the wars, it is about four very different women in London who respond to an ad in the newspaper offering a villa on the coast of Italy for the month of April. Each woman is a gem, and the interaction between them is brilliantly portrayed and so entertaining. They are each escaping something in their lives, and the beauty of their surroundings slowly heals, mends, unites, and uplifts. Von Arnim’s descriptions of Italy are so vivid you’ll feel you’re really there among the eucalyptus trees and olive groves, and the plot is wonderfully satisfying. I adored this novel.

Memoirs of a Geisha, by Arthur Golden. This is a poetical historical novel about the secret world of the Geisha, beginning in the 1920s and going right up to the end of World War II. Golden’s prose is magical, his descriptions so evocative, I sometimes felt I could smell Japan. At the age of nine Chiyo Sacamoto is sold to a Geisha boarding house with her sister, Satsu. Satsu is rejected and forced to become a prostitute, but Chiyo rises to become a famous Geisha. I could not put this down, mainly because the anti-heroine, Hatsumomo, is one of the most fascinating characters I have ever read about, and I cared so much about Chiyo – her story is so compelling – sad yet uplifting too. It’s a heart-stopping love story but also a gripping glimpse into the mysterious and often misunderstood world of the Geisha. This book gave me hours of wonder and pleasure. 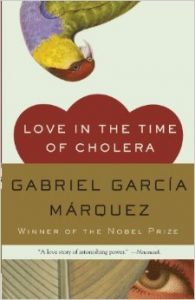 Love in the Time of Cholera, by Gabriel Garcia Marquez. Marquez is one of my favorite novelists. Everything he writes is magical, transporting, and beautiful. His metaphors sometimes reduce me to tears. This is possibly one of the most captivating love stories of all time. It’s about enduring love. I could smell the lavender and the orange blossom, taste the almonds, and feel the humidity and languor of siesta time. This is a profoundly sensual book. Fermina and Florento’s love lasts their whole lives even though they are separated when they are young and taken in very different directions. The book moves slowly and lingers on the details as their lives gradually progress, but that’s the beauty of it. It’s a tale of their love—and all of the seemingly unimportant things that happen to them that affect this love. The ending makes me cry every time. In the final pages, when he writes that the old Fermina’s eyelashes “have caught a touch of frost,” I well up and can no longer read the words! 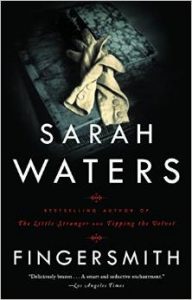 Fingersmith, by Sarah Waters. This has one of the best plots I have ever read. The twists are sensational and had me gasping with shock and surprise about four times! Totally unpredictable, extremely well-written and gripping, this is a very original and deftly plotted novel. It is set in 1862 Dickensian London. Sue is a fingersmith—a pickpocket—who is brought up by the brilliantly constructed Mrs. Sucksby and her gang of thieves because her own mother was hanged for murder. One of the thieves, called Gentleman, plans to elope with an heiress, the niece of a man he is binding prints for, but after they are married he plans to put her in a madhouse and run off with all her money. But he needs help. Sue is offered £2000 to go and work as a maid for this heiress in order to help Gentleman carry out his wicked plot. But this is only the start. What ensues is a web of intrigue, mystery, twists and turns that will have your jaw dropping more than once! Oh my, you are in for a load of surprises. I was spellbound. A great read! 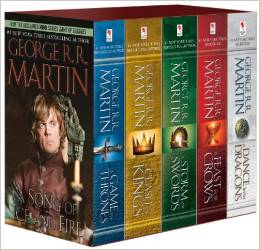 The Game of Thrones series, by George R. R. Martin. If you love the TV adaptation as much as I do, you’ll trust me when I tell you that the books are even better. I am currently working my way through all of them and am happy to tell you that Martin writes beautifully. I am totally gripped, transported, entertained, terrified, and amused in equal measure. His novels are unpredictable and unputdownable! 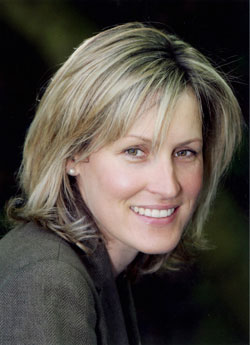