Early this year, I was reading a Joe Hill novel and I noticed a back-ad for his graphic novel collaboration with artist Gabriel Rodriguez, Locke & Key.  I had never read a graphic novel or had much desire to, but the concept was intriguing—and it was Joe Hill, so that in and of itself was interesting to me.  At that time, though, I really only gave it a passing thought.  Then, in July, I was working at the Simon & Schuster booth at San Diego Comic Con, handing out promotional items, answering questions, and escorting authors.  I was flipping through the show program during a slow moment and noticed that Joe Hill would be having a signing in the booth right next to ours later that morning.  I figured I would have him sign a copy of  his novel Heart Shaped Box, but then it hit me – this was Comic Con!  I had been interested in that Joe Hill graphic novel, so…when in Rome!  I weaved through the throngs of cosplayers to the IDW booth and purchased my very first graphic novel: Locke & Key #1: Welcome to Lovecraft.

As I waited in the ridiculously long line of Hill aficionados, I flipped through and started reading.  If you’ve ever looked through a graphic novel, you’ll know that the dialogue is laid out in speech bubbles, generally meant to be read left to right and top to bottom.  Well, I did not know this.  So I ended up reading conversations multiple times, trying to put the bubbles in an order that made sense.  When it was my turn, I was literally quivering with excitement (I can’t hold a candle to hard-core Comic Con fangirls, but I for sure have some fangirl in me).  Naturally, since I was meeting a famous person that I admire, I said the most awkward and embarrassing thing possible as I handed him my new graphic book: “Hi!  This is my first graphic novel.  I’m so excited!  I’m having trouble figuring out which speech bubbles to read first!”  I let out a crazily high-pitched giggle and froze on the spot with instant mortification.  Joe Hill (bless him) just smiled and said I would get the hang of it.

Well, I did.  And now I can honestly say I am addicted to this series.  I blazed through Locke & Key #1 that very afternoon and went back to the IDW booth the next day to pick up #2 and #3.

Locke & Key: Welcome to Lovecraft begins with a heinous crime: Rendell Locke is brutally murdered during a home invasion.  His children, Tyler, Kinsey, and Bode, are bewildered and heartbroken as they attend his funeral.  Along with their mother and Uncle Dylan, they seek a fresh start by moving into the grand old manor where Rendell and Dylan grew up: Keyhouse.  The youngest Locke, six-year-old Bode, is the first to discover the magic (isn’t it always the children?).  Keyhouse, true to its name, is full of magical keys that endow the bearer with incredible powers: flight, invisibility, superhuman strength, and the list goes on.  As the kids explore the house, little Bode discovers more and more keys and they begin to unravel the mystery of the house and of their father’s past involvement with these keys, which aren’t just for innocent play.  When their father’s killer escapes from prison, aided by a force darker than any of them could imagine, he sets course straight for Keyhouse to get what he was looking for all along: the mysterious, sinister Omega Key.

For me, the fascinating thing about this graphic novel (and most graphic novels) is that the text in the book is 95% dialogue.  A straight novel with just dialogue would probably be terrible, but Hill writes his dialogue in a way that gives background, sculpts remarkably precise and well-developed characters, and moves the plot forward without seeming clunky.  Of course, what the book lacks in descriptive passages is more than made up for by Rodriguez’s incredible art.  His characters and settings are sharply detailed and keenly observed.  He crafts each character such that they practically jump off the page with their vivid characterizations and mannerisms—each is unique and fully fleshed-out.  The facial expressions on the characters are also remarkable as Rodriguez is able to capture complex emotions with stunning realism.

Since I have only read the Locke & Key series so far, I can’t really call myself a comic book expert.  But reading this series has expanded my reading “diet” far beyond my normal fare.  Graphic novels and comics are far more sophisticated and literary than I would ever have guessed. Plus, who doesn’t love a book with pictures?  If you are looking to explore the comic world, this series is a fabulous place to start.  And, so you don’t have to embarrass yourself in front of any of your personal heroes, some tips on reading the speech bubbles: http://www.getgraphic.org/resources/HowtoReadaGraphicNovel.pdf  (you’re welcome). 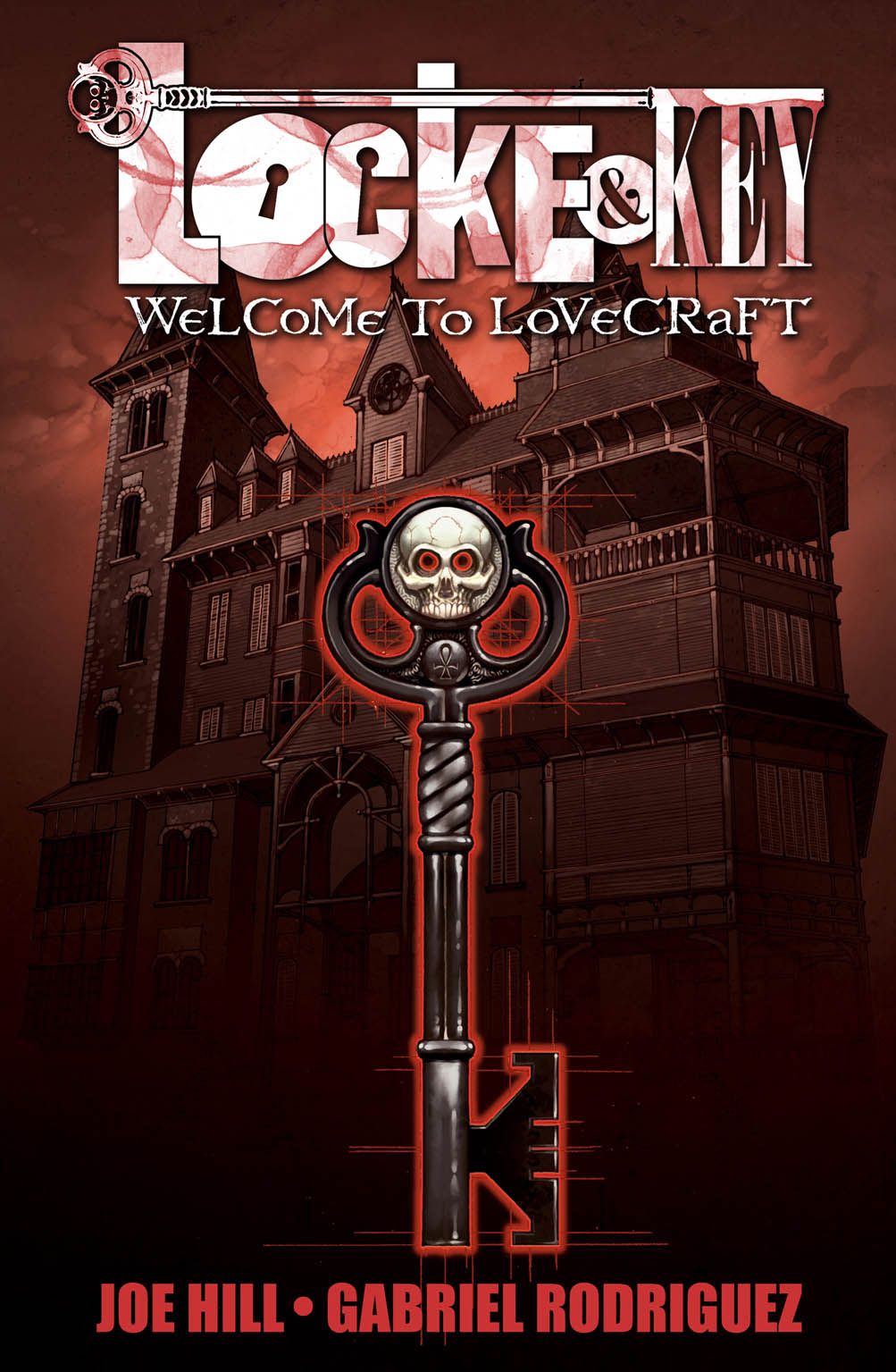