Happy 100th birthday, Panama Canal! You totally should not exist.

Think I’m exaggerating? Take a look at David McCullough’s masterful account of this financial catastrophe/marvel of engineering (really, I think it was both), The Path Between the Seas. These seven hundred pages span four decades, several countries, and more larger-than-life personalities than should ever be allowed in one book.

McCullough details the building of the canal with a keen eye to the world surrounding it, setting the scene not only in Panama, but in the context of so many important historical events: the technological achievements and advancements that bred the Suez Canal and the Eiffel Tower; the mysterious, debilitating diseases of malaria and yellow fever; and the fights for independence of several Central American countries.

In McCullough’s deft hands, we learn that it’s impossible to separate the Panama Canal from its chronology. The Path Between the Seas shows that, truly, nothing is ever created in a vacuum. This riveting story subtly delineates the dawn of a new age of globalism: France began the canal, the United States finished it, and Panama now controls it. It was a canal that truly bridged a century—a ridiculously apt endeavor to usher in the 1900s, where science and technology would reign supreme.

A large part of why the canal took forty-five years to complete is that it literally had to wait for technology to catch up to the goal. The French plan, organized by the wildly charismatic Ferdinand de Lesseps (hero of the Suez Canal), failed mainly because of de Lesseps’ stubborn inability to adapt his Suez successes to the vastly different terrain in Central America. But the failure wasn’t de Lesseps’ alone: modern medicine, mechanics, and politics also conspired to doom the project in its first iteration.

And while the canal is the true subject in this tome, it must share the stage with two intensely fascinating characters: de Lesseps, who started the canal and failed, and President Theodore Roosevelt, who saved the project from total ruin.

The similarities between de Lesseps and Roosevelt (not even counting the impressively bushy mustaches) are legion: both charismatic men with electrifying smiles, magnetic personalities, and optimism so impervious to caution it bordered on lunacy. But they shared other traits—such as placing an incredibly strong importance on family—and McCullough deftly weaves in personal anecdotes with the canal’s history. For example, de Lesseps brought along his young wife and three of his children to Panama, and, if you believe McCullough, seeing this smiley Frenchman with his wife and progeny actually improved the morale of the workers.

My favorite vignette, however, concerns Roosevelt—and makes me anxious to read McCullough’s biography of Teddy, Mornings on Horseback. Succeeding to the presidency after McKinley’s assassination, and seen by many in Washington as uncouth and overly gregarious, Teddy Roosevelt instantly created unrest in D.C. But Roosevelt was a breath of fresh air for the country—a young, energetic, pull-no-punches leader, with the stamina and wherewithal to take on the problems of the 21st century—including the Panama Canal.

In what to me perfectly encapsulates this new vivacity, McCullough talks about Roosevelt’s relationship with his offspring, and how it was common for visitors to see the four youngest children walking on stilts in the White House halls. Another ordinary occurrence was the president, before state dinners, excusing himself to “look in” on the children. As McCullough explains, “looking in” actually meant the president was about to engage in some serious pillow-fighting.

But this lightheartedness adds to, rather than detracts from, what is ultimately a very serious and important work of literature. So important was The Path Between the Seas at the time of its publication that another family-oriented president, Jimmy Carter, praised it as instrumental to the passage of treaties in the Senate allowing the canal’s shift in control from the U.S. to Panama.

Just stop and think about that for a second. So important was McCullough’s book on the Panama Canal, so definitive a study, that it has actually become part of its subject’s account. That’s amazing. McCullough’s book has become a part of the canal’s timeline.  And like the canal, The Path Between the Seas has secured its place in history.

The Path Between the Seas
by David McCullough 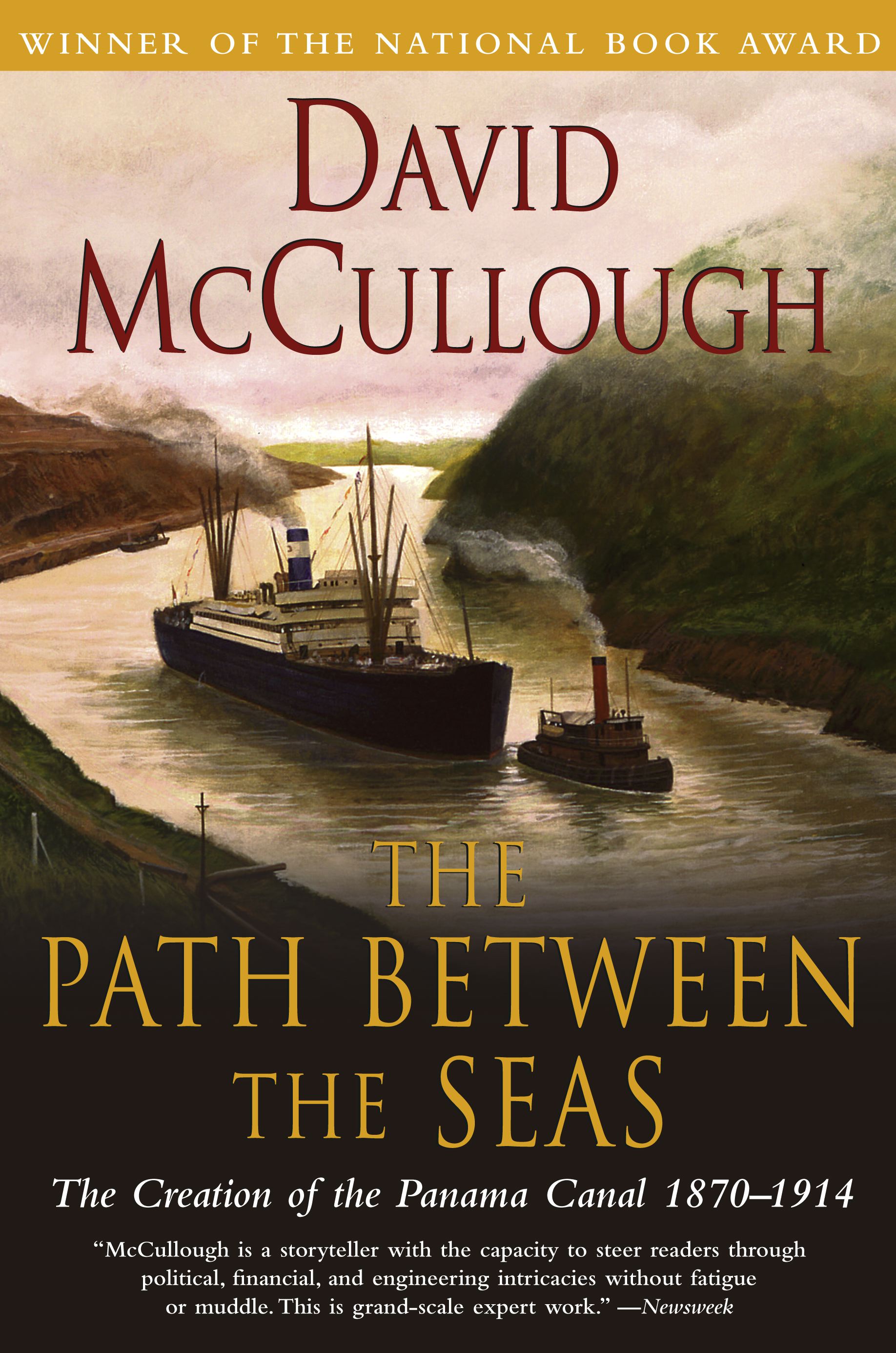 |+| Add to Your Shelf
The Path Between the Seas
David McCullough

Winner of the National Book Award, this is the story of the men and women as well as the tragedy and triumph behind the engineering feat that solved the age-old problem of maritime travel: the creation of the Panama Canal.