I’m not a fan of flying. The process of packing, going through the insidious horror that is every airport ever created, and spending hours in one spot under the illusion that a stranger—whose only qualifications (as far as I can tell) are a well-pressed suit and an airline’s faith in their ability to fly the plane—will get me safely to my destination is very anxiety-inducing.

Though I dislike flying, I find spontaneous interactions with a new place or object just because it happened to be there, or I happened to go there, much more satisfying and exciting: a random singer in Dublin lecturing me on the benefits of breathing through pain; a kindly man in Fajardo showing me how to pump gas because “esta no es New York”; or wandering by a river after a long winter and watching it flow again. Perhaps that explains my recent obsession with books that eschew the deadpan routine of a plane and instead tackle the world through other means, whether clambering up Everest or scampering through Northern Mexico, and the most compelling narrative I’ve read so far is Hape Kerkeling’s I’m Off Then.

In I’m Off Then, Hape describes his pilgrimage along the route of El Camino de Santiago. A journey through Spain following in the steps of St. James that snakes through idyllic Spanish towns, over the steep Pyrenees, past Basque country, and, after five hundred miles, ends in the Cathedral of Santiago de Compostela, where St. James is reputedly buried. Unlike many who take on this pilgrimage to push their limits, discover themselves, or maybe even find God, Hape undertakes this grueling journey partly because he needs a break from his stressful job as a comedian.

Hape’s easygoing nature is what makes this book so fun. In The Alchemist by Paulo Coelho (who had a spiritual awakening on his own Camino de Santiago pilgrimage), the protagonist discovers the key to life while walking through a castle holding out two drops of oil in a spoon, trying to enjoy the castle’s sights without spilling the oil. Life is rooted in balance: knowing when to focus on achieving a goal (in Hape’s case, dominating or just surviving El Camino de Santiago) and when to just sit back and enjoy the world’s offerings. Hape’s narrative embraces this balance. While some might walk the entire Camino, smug and content in their physical abilities, Hape is not above taking a train or carpooling when he feels exhausted enough to do so. Others glory in doing the Camino solo or with friends, yet Hape finds a balance, sometimes with friends, often alone, finding lessons through all his interactions.

In some ways, this is a book that challenges fellow couch potatoes to stop channel-surfing and go see the world. In other ways, I’m Off Then is a journey itself, full of funny moments, times of despair when pure grit gets Hape through, and precious instances when Hape shows that it’s okay to stop walking, drink wine and terrible coffee with new friends, then abandon them the next day to head off on your own path. Hape does not necessarily “find himself” on El Camino de Santiago or reach an earthshattering spiritual destination; instead he makes the journey a good part of his destination, and in I’m Off Then, that destination is a hilarious, fun, and genuinely content place. And sometimes, that’s where an armchair explorer really wants to go.

I'm Off Then: Losing and Finding Myself on the Camino de Santiago
by Hape Kerkeling 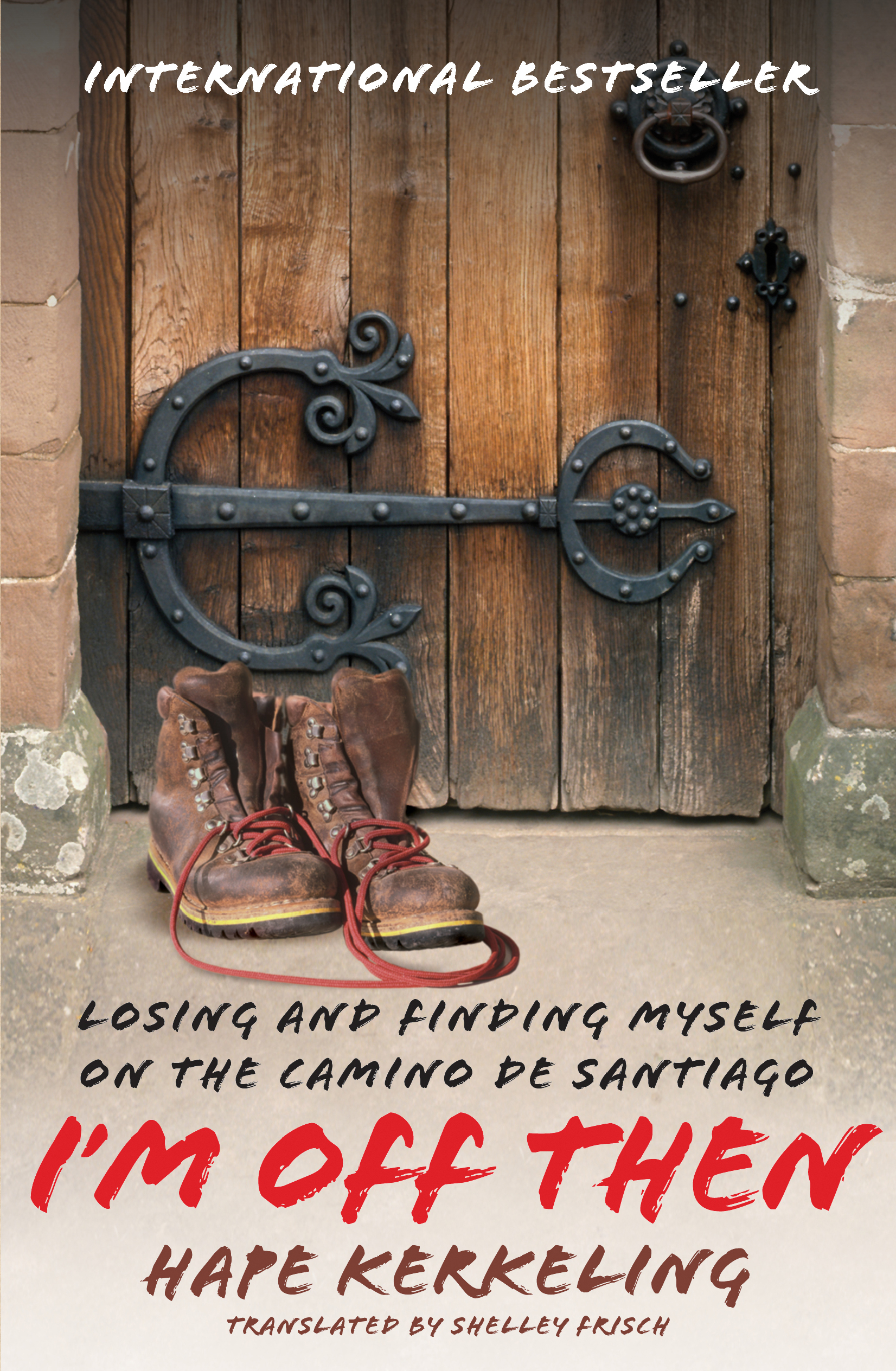 Notice: Trying to access array offset on value of type null in /home/offtheshelf/public_html/web/app/themes/ots/_inc/template-parts/books/book-modal.php on line 31
|+| Add to Your Shelf
I'm Off Then: Losing and Finding Myself on the Camino de Santiago
Hape Kerkeling

Overweight, overworked, and physically unfit, Hape Kerkeling was an unlikely candidate to make the 1,200-year-old pilgrimage across the French Alps to the Spanish shrine of St. James. But that didn’t stop him from getting off the couch and walking. Lonely and searching for meaning, he began the journal that turned into this frank and engaging book. Through his struggles with his physical limitations and the rigors of long-distance walking, he discovered a deep sense of peace that transformed his life and allowed him to forgive himself, and others. He learned something every day, and shares his daily lessons in this book.