Race relations and racism set an underlying tone in Slouka’s masterful and deeply affecting coming-of-age story, Brewster. Jon Mosher, the child of German immigrants, grows up in Brewster in 1968, around the time of the town’s gentrification. Rejected by his classmates because of his “foreign-ness,” life changes when he meets two unlikely friends and forms an instant bond with them. When a teacher practically blackmails him to join the track and cross-country teams, Jon discovers that the field is where he can feel both solace and pride. Through comedic banter, high school stresses, and examples of destructive families, Slouka’s rich characters capture our hearts.

Slouka’s novel offers comments on violence and love in the family unit, how it shapes us to behave in certain ways and leads children onto various paths. There’s Ray, who acts out and pick fights in school, likely due to his alcoholic father’s abuse and absence. Jon’s own mother is so devastated by the loss of her other son that she can only look at Jon with contempt, resulting in most of his insecurities. Slouka presents the different ways love can manifest: when one transposes love onto a friend because they lose it from a parent; when a family stays together only because they have to; when a parent’s own struggles lead to disdain for a child. The reader is grateful that Ray and Jon find love and support in their friendship.

Brewster, a small blue-collar town about an hour and a half north of New York City, is the sort of place where people might get “stuck” after graduation. The boys promise to abandon it, but given their circumstances, the reader fears they won’t succeed. Small-town life is a major theme. Gossip centers around the two, and it becomes clear that Ray’s history may force him to stay. It’s an uneasy time in Brewster: buses of inner-city kids are shipped to Brewster for integrated education; war veterans carry dark memories of WWII; and the risk of being enlisted for Vietnam augments further tension. Discussions of leaving are as much about avoiding the draft as abandoning the town itself. We fear for the options.

Brewster falls into the ranks of books like A Separate Peace and The Catcher in the Rye. One might even read traces of John Irving—if Irving ever wrote about Putnam County in the ’60s. Slouka is the best kind of literary writer: one who writes a story that is rooted in time but feels timeless, so grounded in a town that few know but feels familiar to all, and, most of all, intended for all ages, sexes, and races.

A gorgeously written and immensely affecting coming-of-age tale, Brewster deserves to be included on syllabi, if not high school summer reading lists, across the country. 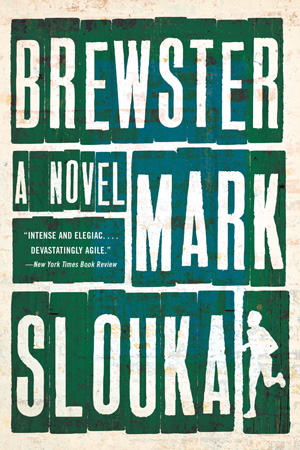 This Land is Your Land: 13 Literary Pit Stops Across the USA