The Man Who Mistook His Wife for a Hat by Oliver Sacks is a collection of vignettes concerning patients who suffer from various neurological disorders. These patients’ stories are told from the perspective of the attending neurologist, Dr. Oliver Sacks, whose clinical insights are extremely fascinating for anyone with even a passing interest in the human brain.

I picked up this book with a curiosity fueled mostly by academic interests, but the writing is so honest and accessible that, with each passing chapter, I found myself emotionally invested the same way I am when I read a novel. Dr. Sacks’s discussion of his patients’ unique maladies is much more than a bundle of dry case histories: Sacks relates the (known) details of the abnormalities that characterize his patients’ behavior without any of the sterility typical of a physician’s explanation, and he is a remarkable storyteller, whose compelling, truly moving accounts are filled with depth and humanity.

Sacks takes a deeply compassionate approach to his evaluation of each patient; he celebrates the singular beauty of the individuals whose lives are often controlled by their condition. The author forms a meaningful relationship with each patient, and this bond lends itself to a kind of insight into the disorders that superficial tests and textbook explanations could never provide. Through his uncommon friendship with his patients, a new perspective on what it is that makes us human comes to light. The author artfully balances an exploration of the qualities that set these people apart from those who have no affliction while simultaneously emphasizing that they are not completely isolated from the standard experience.

One such example is the case of severely autistic brothers, twins, who had an uncanny ability to accurately identify any day on the calendar within an 80,000-year time frame, a feat that would be impossible for anyone else without the help of a computer. These boys were incapable of any kind of basic calculations and had an IQ of approximately 60, yet in his description of them, Sacks avoids the scientific community’s tendency to quantify and qualify strictly based on intellect and instead draws parallels between the twins’ gift for numbers and that of a composer’s gift for music.

Sacks’s reflections are rich in imagery and even metaphor, and on occasion (like in the case of the autistic brothers) edge on philosophical. Reading this book is a humbling experience: It illustrates the human brain in all of its complexity and fragility, even in this modern age. Though sometimes sad, The Man Who Mistook His Wife for a Hat is ultimately a beautiful book. It celebrates the human spirit in its most resilient and creative capacities. 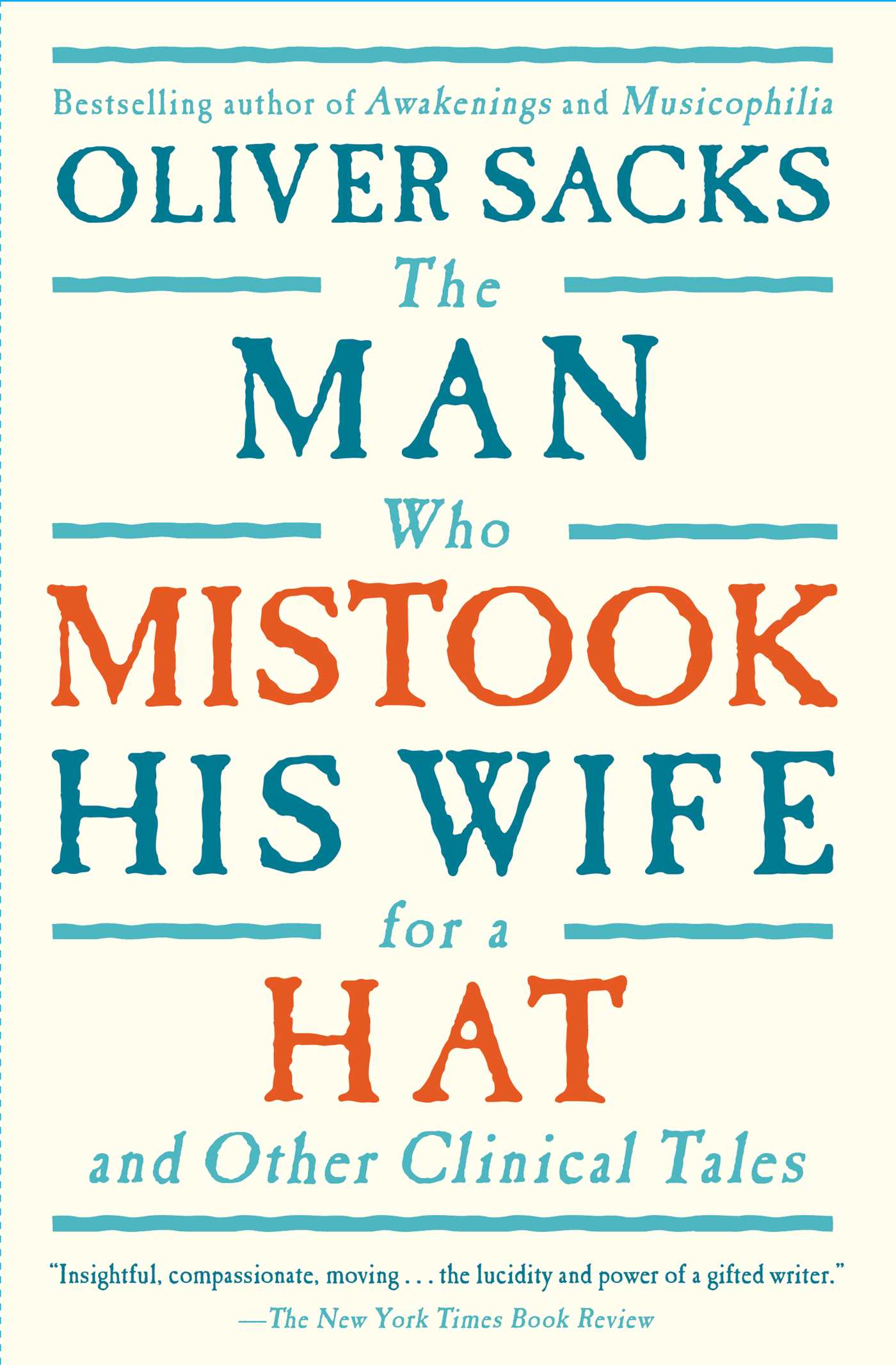