Bob Bender is a Vice President and Senior Editor who has been at S&S since 1981. He acquires a wide range of mainly serious nonfiction, including biography and autobiography, history, current events, popular science, popular culture (primarily film and music), business narrative and investing, and books about baseball.

In the fall of 1988 I spent a few days in Beverly Hills working with Gilda Radner on the manuscript of It’s Always Something, the story of her battle with ovarian cancer. Gilda had suggested that I fly out so we could finalize the manuscript at her house. I was happy to do it: I’d been a big fan of Saturday Night Live in its early years when Gilda was a regular along with John Belushi, Dan Aykroyd, and the rest of the original cast. I was looking forward to meeting her and working with her. Gilda said that she wanted to start work early in the day, which turned out to mean somewhere between 10 and 11 a.m. I was staying at the Four Seasons Hotel and began each day with a morning run through the streets. No one in the hotel paid much attention to me. This was Beverly Hills, after all, where movies, not books, were the local currency. For two days I took a cab to Gilda’s house, a fairly modest ranch on a beautiful piece of property with a pool in back and a stunning view of Los Angeles. It was a bit chilly and Gilda didn’t want to be outside so we worked inside, going over the manuscript line by line. Gilda was meticulous. She wanted the book to be perfect. She knew from her comedy work that every word mattered. We’d work until late afternoon, by which time she would become tired and I would return to the hotel.

On the third day, Gilda and her husband, Gene Wilder—who had been out of house on the first two days that we were working—invited me to stay for dinner. The three of us ate a simple meal of pasta and then talked for several hours. Gilda and Gene were both remarkably unpretentious and as genuine and warm as anyone I’d ever met. We talked about the usual topics: where we were from, our families, work, and how we’d come to our professions. Gilda and Gene seemed completely uninterested in celebrity or the demands of the entertainment business. No doubt the fact that Gilda was facing a life-threatening illness made everything else unimportant. After a few hours, Gilda said she was tired and had to go to bed, and so I said I would head back to the hotel. Gene offered to drive me. I tried to refuse but he insisted. We got into his car, which was either a Dodge Dart or a Plymouth Valiant—a car as unostentatious as he was—and he drove me to the hotel. As I got out, the hotel doorman hurried over. I stood by the car, thanking Gene for the ride and the wonderful evening, and telling him how much I had enjoyed working with Gilda. The doorman waited while we chatted. He couldn’t have missed Gene with his distinctively curly hair.

The next morning as I walked through the lobby on my way outside for my morning run, I was greeted by name by every hotel employee I passed. “Good Morning, Mr. Bender.” “How are you today, Mr. Bender?” “Have a good run, Mr. Bender.” For three days I had been anonymous but then word had spread that a movie star had driven me to the hotel the night before.

I stayed in touch with Gilda and Gene over the next several months and when the book came off the press, I sent copies to them. I didn’t hear anything for several days, which concerned me. Then on a Saturday morning, I received a phone call at home from Gene’s assistant telling me that Gilda had died the previous night. A couple of weeks later It’s Always Something went on sale and instantly became a #1 bestseller. Twenty-five years later it’s still in print. I only regret that Gilda didn’t live to see how her hard work had paid off.

It's Always Something
by Gilda Radner 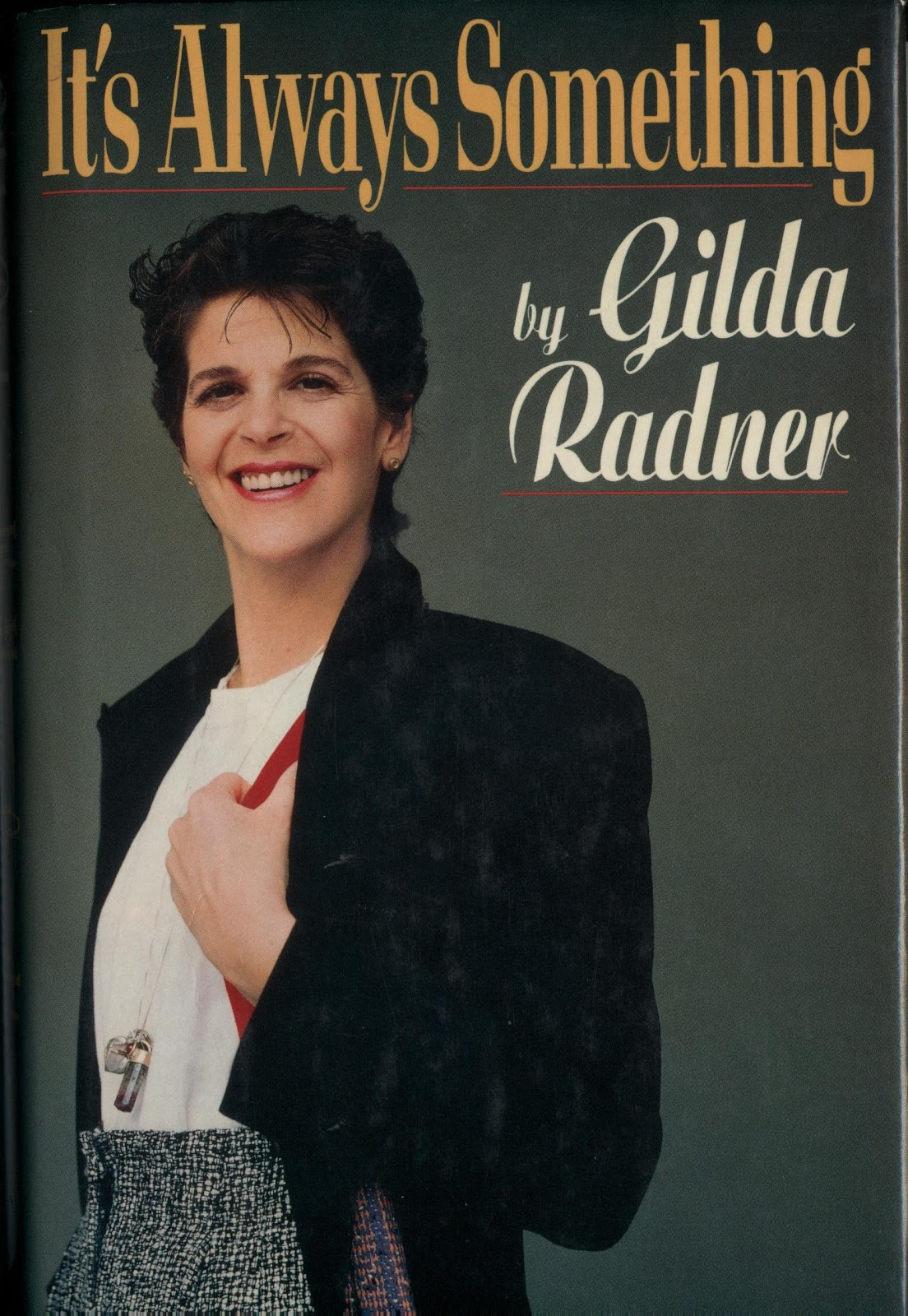 |+| Add to Your Shelf
It's Always Something
Gilda Radner