If you could close your eyes and travel back through time, where would you go? If it really was that simple, no bells and whistles or complicated machines, would you want to witness moments of great history being made, perhaps spy on your ancestors in the hope of learning more about your family’s past, or would you simply yearn to experience life lived in another era? When you got there would you want to come back?

Simon & Schuster first published Jack Finney’s classic time travel novel, Time and Again, in 1970. Finney was already an accomplished and prolific writer, having achieved critical acclaim and recognition for his numerous short stories and articles, including his 1955 science fiction thriller The Body Snatchers, which was later published as Invasion of the Body Snatchers and became the basis for multiple film adaptations.

Time and Again tells the story of Si Morley, an advertising artist who is recruited to join a covert government operation and travels back in time to 1880s New York City to trace a curious mystery involving a cryptic letter and a terrible fire.

Besides being a very good story, the novel is noted for Mr. Finney’s meticulous attention to historical detail. Though not an illustrated novel, there are photographs and drawings throughout the text that help the reader see the same 1880’s New York City that Si Morley sees. For the original hardcover publication, Mr. Finney delivered his personal art log to production — it was a three-ring binder of images and illustrations from his private collection of historic photographs, supplemented with New York scenes he had photographed while writing the book. He also borrowed additional pieces from museums and city archives that housed vast collections of New York memorabilia. He included detailed handwritten notes throughout the binder to help the book designer and these notes are a map of his own journey shaping the course and scope of the novel.

For our 2014 reissue, and for Time and Again’s first-ever ebook edition, our goal was to restore the novel to its original brilliance. Mr. Finney’s children provided us the invaluable opportunity to work with the original art binder, which had been lovingly preserved. We found film negatives and original photographs for nearly every illustration in the text. For the few originals not included, we were fortunate that Mr. Finney kept such detailed notes that we were able to contact the original sources and obtain the remaining photographs and sketches.

To our delight, we were able to locate, scan and digitize every photograph, drawing, and sketch from the original Time and Again, as well as reset the entire text — and the results are remarkable. The images are crisp, clear, and clean. On top of all of this excitement and momentum, how could we resist the opportunity to redesign the cover art as well? We took the photograph from the cover of the first ever trade paperback edition and transformed it into a new modern and eye-catching image. We wanted something that referred to the novel’s proud history while also getting ready to present it to a whole new crowd of readers.

Time and Again is a seminal work of fiction. Though it began as novel with a small cult following, now, more than forty years after its original publication, the novel is hailed as a classic. When we decided to bring out this special reissue, we received unsolicited quotes from Stephen King, who called it “THE great time-travel story;” and Alice Hoffman, bestselling author of The Museum of Extraordinary Things, who praised it as “pure New York fun.” This new edition will also have a foreword from New York Times bestselling author of The Time Traveler’s Wife, Audrey Niffenegger. Now, more than ever, this book is ready to be reintroduced to existing fans and a new generation of readers who will love this story of time travel, romance, and adventure. We like to think Mr. Finney would be pleased.

Time and Again
by Jack Finney 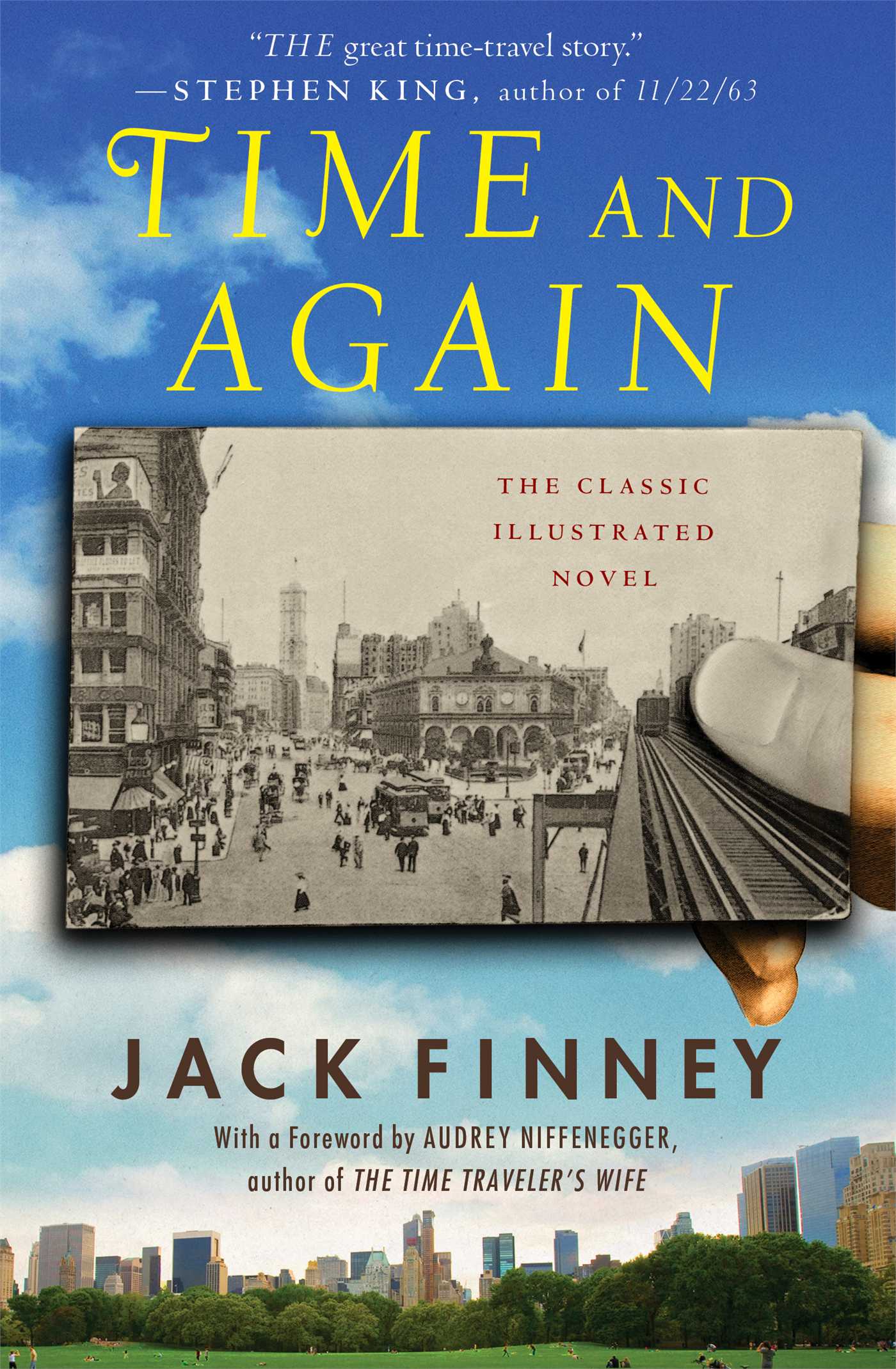 |+| Add to Your Shelf
Time and Again
Jack Finney

When advertising artist Si Morley is recruited to join a covert government operation exploring the possibility of time travel, he jumps at the chance to leave his twentieth-century existence and step into New York City in January 1882. Aside from his thirst for experience, he has good reason to return to the past—his friend Kate has a curious, half-burned letter dated from that year, and he wants to trace the mystery. But when Si begins to fall in love with a woman he meets in the past, he will be forced to choose between two worlds—forever.

12 Books That Will Never Leave This Industry Insider’s Shelf

11 Must-Reads Selected by a Bestselling Author

The Best Time Travel Book Ever Gets Even Better