Imagine adventure-ridden exploits reminiscent of #1 New York Times bestseller Lost City of Z mixed with the zombies of AMC’s The Walking Dead. This is exactly what Wade Davis delivers to readers in The Serpent And The Rainbow. Davis, a Harvard graduate, ethnobotanist, and anthropologist, delves deep into the ancient ceremonies and traditions of Haitian voodoo culture while researching documented cases of real zombies.

The Serpent and the Rainbow was released back in 1985 but the author was clearly ahead of the zombie fever trend going on today. Davis takes the reader on a historical tour of certain customs, symbols, and rituals of the Haitian people while embarking on the exciting and frightening trail of actual zombies. He does it in a captivating way, with Zora Neale Hurston making a cameo appearance.

Throughout the book, Davis meets with Haitian priests, herbalist healers, members of secret societies, and even government officials to track down a plant-based concoction responsible for turning humans into zombies. Many times he gets too close for his own good and you are completely on the edge of your seat.

Haiti is often referred to as the mysterious island. After reading The Serpent and the Rainbow I am even more mystified and fascinated by Haiti, with its deep roots tracing back to France and Africa.

At its very core The Serpent and the Rainbow is a demonstration of the passion, curiosity, and dedication that anthropologists possess. It’s a fascinating read for so many reasons. You’ll be turning the pages quickly.

The Serpent and the Rainbow
by Wade Davis 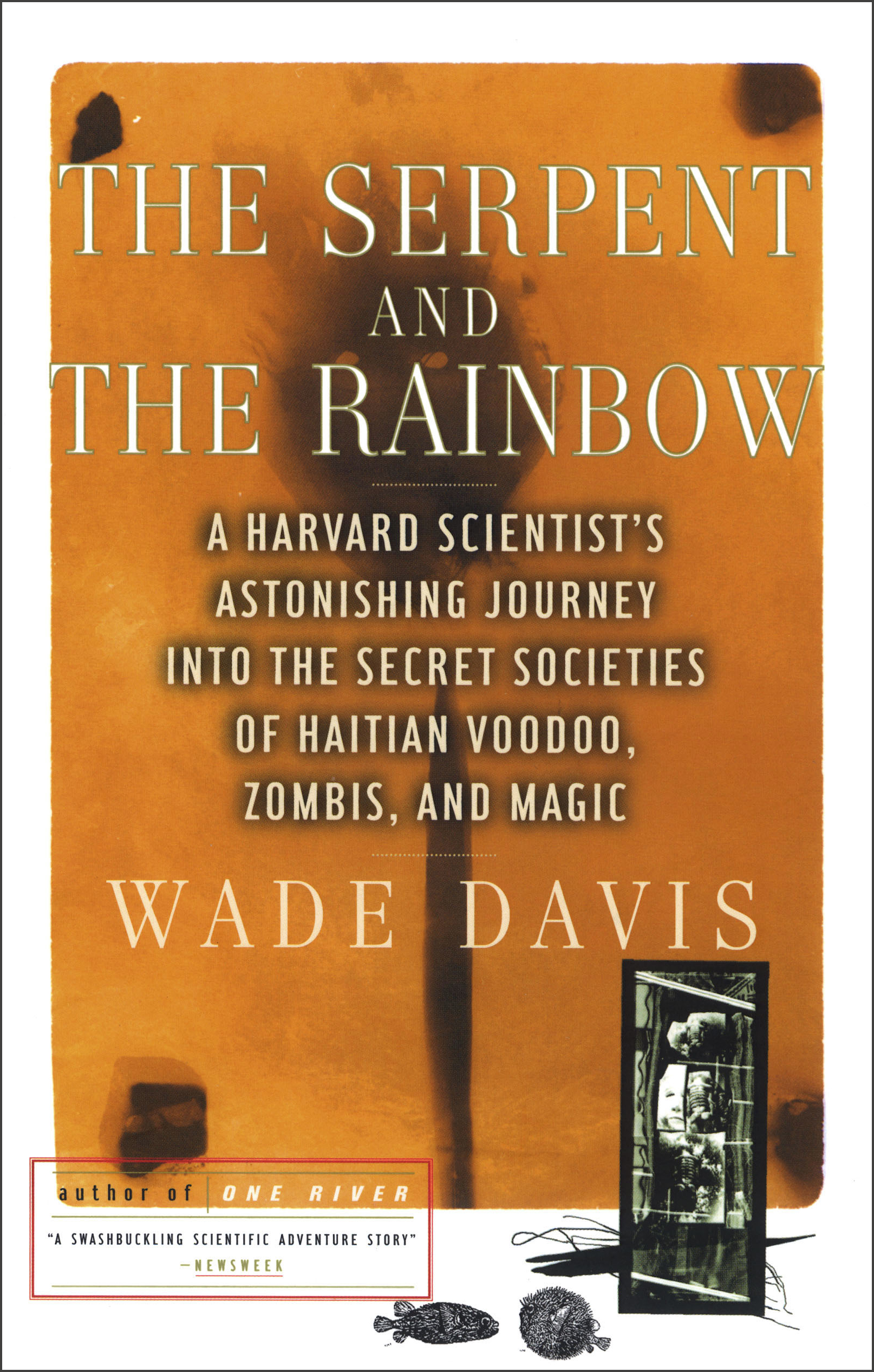 |+| Add to Your Shelf
The Serpent and the Rainbow
Wade Davis