I first read Oscar Hijuelos’s memoir Thoughts Without Cigarettes in early 2013. I was eager to learn more about Hijuelos after reading his masterful Pulitzer-winning novel, The Mambo Kings Play Songs of Love, but I didn’t expect to feel a personal connection to his story. Hijuelos was the son of two Cuban immigrants and grew up in 1950s Harlem. My own background growing up in suburban Austin, Texas, couldn’t have been more different—or so I thought. I was raised by comfortably middle-class parents who sacrificed to send me to a private college prep school, and then to a wonderful, intellectually independent, academically rigorous but very expensive college. My father is Mexican, and I’d always felt self-conscious about learning most of my Spanish in school, visiting Mexico only rarely, and spending my formative years with rich white kids. I was proud of my accomplishments, but I wondered if Latinidad would ever truly feel like part of my identity.

As it turns out, I wasn’t the only one plagued with these worries. Hijuelos used his memoir—the last book he published before his untimely death on October 12, 2013—to explore his own identity conflicts. At age four, Hijuelos was hospitalized with a kidney disease for an entire year, and none of the nurses spoke Spanish. This greatly affected his language development. By the time he returned home, he was firmly English speaking and could barely remember enough Spanish to communicate with his own mother. His family couldn’t understand what had happened to him. His Spanish was never as fluent as his peers’ was, and for the next several years, he saw himself as the outsider in his Cuban community. He had paler skin and lighter hair than his family and neighbors, which only made him more self-conscious about not fitting in.

When Hijuelos started writing novels, however, he found himself drawn to Cuban characters and Cuban stories. Literature gave him an opportunity to explore the heritage that he felt he had lost, and Mambo Kings transformed him from a misfit into one of the most powerful voices promoting Cuban-American history and culture.

Hijuelos’s memoir is an occasionally rambling but beautifully lyrical read. I loved his anecdotes—particularly the ones about his time at City College—and the honesty of his voice. Most of all, however, I loved what he taught me through his own experiences. Thoughts Without Cigarettes only strengthens my belief that books can be instrumental in changing the way one sees the world. Since reading it, I’ve been more confident about calling myself a Latina. Like Junot Díaz in The Brief Wondrous Life of Oscar Wao, Hijuelos reminds us that Latinidad comes in all sorts of shapes—even dorky misfit ones. More importantly, he reassures us, through his own inspirational story, that all experiences are valid. In my opinion, Thoughts Without Cigarettes is one of the best and most moving examinations of Latino identity out there.

Thoughts Without Cigarettes
by Oscar Hijuelos 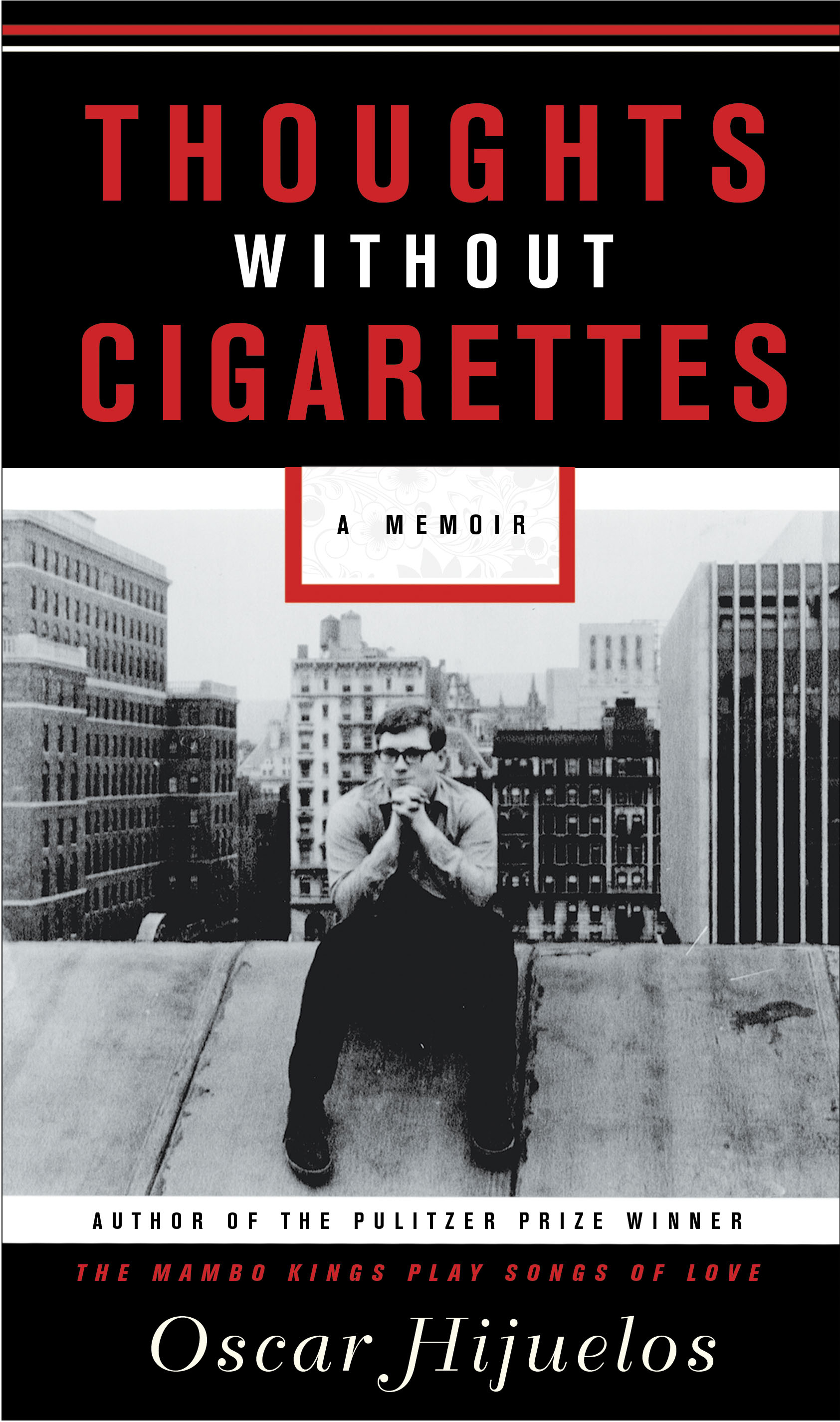 |+| Add to Your Shelf
Thoughts Without Cigarettes
Oscar Hijuelos