Do not in any way take this to mean that I dislike or lack respect for Jane Eyre—the novel or the heroine. She is, in my view, one of the most valuable literary creations given to English literature. She is tough, and self-reflective, and uncompromising, and passionate to the point of visceral, and did I mention tough? No. Reader, I adore Jane.

It’s just that Lucy is so much cooler. To me, Villette by Charlotte Bronte,  is like Jane Eyre on steroids. So many of the themes are similar (and there are definitely similarities between the heroines), and though it is less gothic bildungsroman than psychological fable, it takes so many cues and themes from its older sibling and imbues them with a freedom and clarity Jane Eyre never achieved. Is it heavy-handed? Sure is. In some ways, it’s downright comical in its metaphor overkill. But, similar to Jane Austen’s Mansfield Park (and I know a lot of people disagree with me here), I don’t think Villette is meant to be taken 100 percent seriously.  There is so much symbolism that it almost transcends the gothic genre—symbolism including a literal tempest at sea and a nun who may be the ghost of an unchaste murder victim (Villette’s version of the Madwoman in the Attic). Lucy Snowe is a young, quiet orphan, most remarkable for her complete lack of physical beauty (sound familiar?), who travels far from home to teach at a girls’ school (OK, so Brontë didn’t have a lot of original plotlines). It is in the fictional town of Villette, at the girl’s school, where she meets and falls in love with first Dr. John, a handsome visitor to the school, and later Paul Emanuel, a charismatic professor with a dark past and a streak of chauvinism. In both cases, external forces work against Lucy’s happiness. In both cases, she ends up stronger because of it. But the plot is sort of secondary. Through the course of the novel, the transformation of Lucy from passive, meek teenager to strong-willed, independent, and incredibly—almost alarmingly—sensual businesswoman is downright breathtaking. By the last chapter, Lucy Snowe is a fiery force to be reckoned with, dependent on no one. She is uncompromising, bold, almost primal in her voice. In one of the greatest ambiguous endings I’ve ever encountered, the reader is left wondering about absolutely everything excepting Lucy’s personality. Brontë doesn’t try to mask the conclusion in a tidy, neat denouement. She lets Lucy’s irrepressible power, the raw tension that makes up so much of her psyche, shine through. It dominates, fully, and you are enthralled. 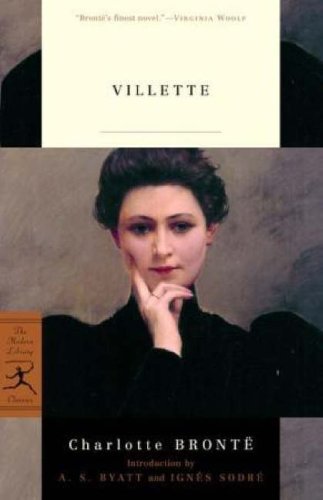