I got swept up in the Gone Girl frenzy along with the rest of the country last year, devouring Gillian Flynn’s exceptionally smart psychological thriller in one sitting and hashing out that polarizing ending with anyone who’d read it. But despite my affinity for Gone Girl, I still hold Speak Softly, She Can Hear by Pam Lewis as the preeminent offering in the suspense genre—it’s the most page-turning, darkly menacing, and utterly brilliant psychological thriller I’ve read (and I’ve read lots), and, in my mind, it blows Gone Girl out of the water.

Pam Lewis writes in her Author’s Note that the inspiration for this tense, gripping literary thriller is the concept of lies. She writes that a child’s first successful lie is a fundamental step in her development, the moment when she realizes, with “an uneasy mix of victory and remorse,” that her parents aren’t omniscient and that she has total control over her identity and her destiny. The concept behind the novel—the way a single lie can spiral into a menacing burden with consequences that you could never have imagined—is one that proves shockingly relatable. It also makes the plot’s compelling urgency even more frightening: how many of us have told untruths or kept secrets that seem innocuous, only to realize, when we’re already in too deep, how damaging the consequences of those lies really are?

The story opens in the pitch black of a winter night in Vermont in 1960s, when a shy, privileged teenager and her much more reckless and worldly best friend are making their way to an isolated cabin to carry out a plan to lose their virginities to the handsome but enigmatic Eddie before they graduate. When the plan goes horrifyingly wrong, Carole leaves behind a devastating secret deep in the Vermont woods, but soon learns that no secret this dangerous can stay buried forever.

Pam Lewis does a masterful job of weaving a coming-of-age tale into this thriller which follows Carole from Vermont to New York to California and spans a decade in her life.

During that time Carole, undergoes a transformation as compelling as the plot itself, as the burden of her secrets begins to destroy the sheltered naivety that makes her such a profoundly relatable character in the opening chapters. The New York Post praised this novel’s “queasy darkness,” a tone that, to me, comes from the way Carole’s secret, always lurking in the shadows of her life, gradually transforms her personality over the course of the novel, which follows Carole from Vermont to New York to California and spans a decade in her life.

I can’t recommend Speak Softly, She Can Hear with more enthusiasm—for fans of Gillian Flynn, it’s time to discover this masterfully written pulse-pounding novel about friendship, insidious lies, and the lengths we’ll go to protect our secrets.

Speak Softly, She Can Hear
by Pam Lewis 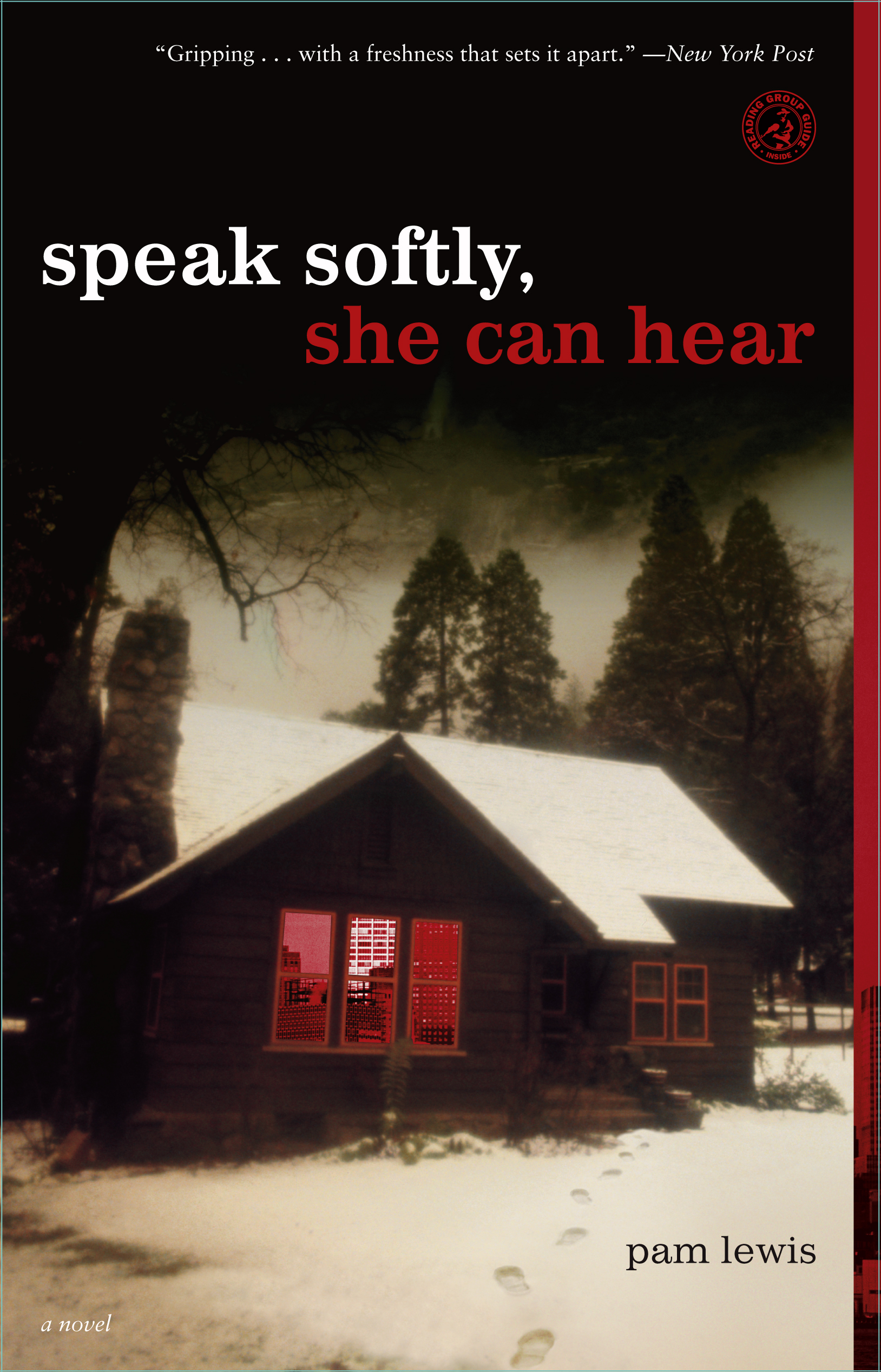 |+| Add to Your Shelf
Speak Softly, She Can Hear
Pam Lewis

10 Thrillers as Piercing as a Winter Snowstorm

Better Than Flynn: A Book to Read if You Love Gone Girl