THE MAP OF SALT AND STARS is a moving literary debut. It weaves together the stories of two heroic girls who experience similar harrowing journeys centuries apart through North Africa and the Middle East as they battle and overcome forces bigger than themselves. Bound together by undaunted courage on their course to find home, this stunning, lyrical, and timely coming-of-age novel urges readers to focus on the devastating reality of Syrian refugees.

When a 12-year-old Syrian American, Nour, loses her beloved father to cancer, her mother and sisters move back to Syria from New York City to be closer to the family they left behind. Nour is curious and sensitive, and her synesthesia is a wonder to read, as the trees rustle in different colors, laughs have a hue, and voices carry more than just sound. It’s an enchanting element to a young girl trying to make sense of the world she lost and struggling to understand the one she now finds herself in. In the midst of her grief she is catapulted into an evacuation as her new home, Homs, is being bombed due to a civil war.

Simultaneously we are told the story of Rawiya—a bedtime story Nour’s father created—who leaves her widowed mother disguised as a boy to become the apprentice of cartographer and historical mapmaker Al-Idrisi. Eight hundred years before Nour, Rawiya traverses the same lands fighting rocs and mythical monsters while Nour battles bullets, ill-fated boat crossings, and the threat of displacement and separation. Armed with only her memories and an unfinished map Nour’s mother created and gave her, this sweeping and linked history lets us recognize the importance of storytelling, the enduring power of myths, and the weight of remembering where we’ve been in order to understand where we need to go.

Through captivating prose and empathetic characters, this book is an important read that uses fictional specifics to present the very real sacrifices, dangers, and risks of the refugee experience. Reading it made me utterly heartbroken, but also filled me with hope and resolved humanity. To me, the book beautifully illustrates the ways in which we try to define ourselves in relation to a physical place and the struggle that comes when that place no longer exists, and how we ultimately learn that the parameters of home, love, and loss aren’t defined by geography, but rather always carried within us.

The Map of Salt and Stars
by Zeyn Joukhadar 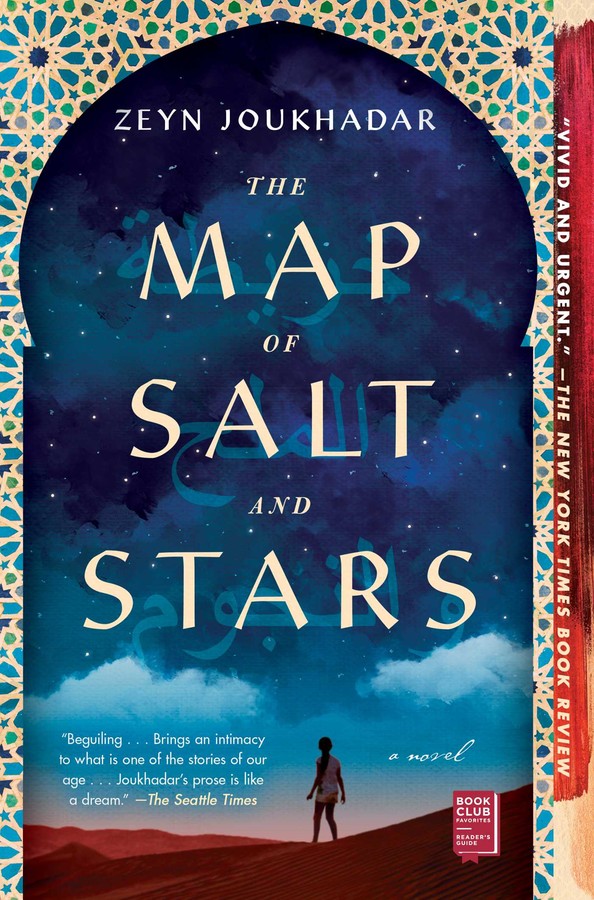 10 December eBook Deals for Quiet Nights by the Fire

Hope and Heartbreak: 10 Books About Immigration and the Refugee Experience