OHIO by Stephen Markley is one of those rare reads that get into your DNA to reconfigure molecules so you are changed forever. Reading it is a nosedive into an unrelenting and intense universe full of hardship, pain, trauma, anger, and hints of love on the fringes. It’s a wildly remarkable debut novel, full of those sentences you underline, a plot you need to talk about, and characters who haunt you long after the last word. OHIO is singular. It is unprecedented. It rattles along like a runaway train until it reaches an epic conclusion, which reveals that at its core, this tale is a murder mystery. And who doesn’t love a good mystery?

When I first recommended OHIO to someone, I explained the plot and said that it was one the of the best books I’d ever read. (How’s that for an adequate vote of confidence?) They proceeded to ask me, “well, who does he write like?” Reader, I was paralyzed. Sure, we’ve all compared writers and have references at the ready, but in that instant my mind went blank. I replied honestly, “I’ve literally never read anything like it before.” I still, many moons later, stand by this unequivocal statement.

Set in the fictional Ohioan town of New Canaan, the novel opens with the funeral of a former high school football star and then soldier, Rick, who was killed in the Iraq War. The story then picks up several years later, when on one fated night, four former high school classmates converge in their hometown for very different reasons: Bill Ashcroft, who shows up with a mysterious package and dubious intentions; Stacey Moore, a grad student investigating the disappearance of her high school ex-lover; Dan Eaton, an Iraq War veteran, who is on a date with his high school sweetheart; and Tina Ross, who is looking for redemption from a long, internalized traumatic event. As their lives intertwine with old acquaintances and foes and we learn of their braided pasts, the book crescendos with an act of violence after a roller-coaster ascent. The story then spectacularly and strategically winds down toward a shocking and revelatory finale, with all the pieces fitting into a troubling but satisfying mosaic.

New Canaan, to me, is an equally important character. It’s been ravaged by the Great Recession and displays the scars of an opioid epidemic and crumbling middle class, and creates a lurid, dilapidated backdrop for the characters’ escapades. I grew up during this time, though not in the rust belt depicted here, but I fully recognize the nuances of this contemporary setting. OHIO is an acute examination of a recent era, of that fog of a post–9/11 world stewing in disappointment, frustration, and aimlessness. It’s also about dreams never fully realized and those squashed dead on arrival to reinforce that famously true phrase “you can’t go home again.” 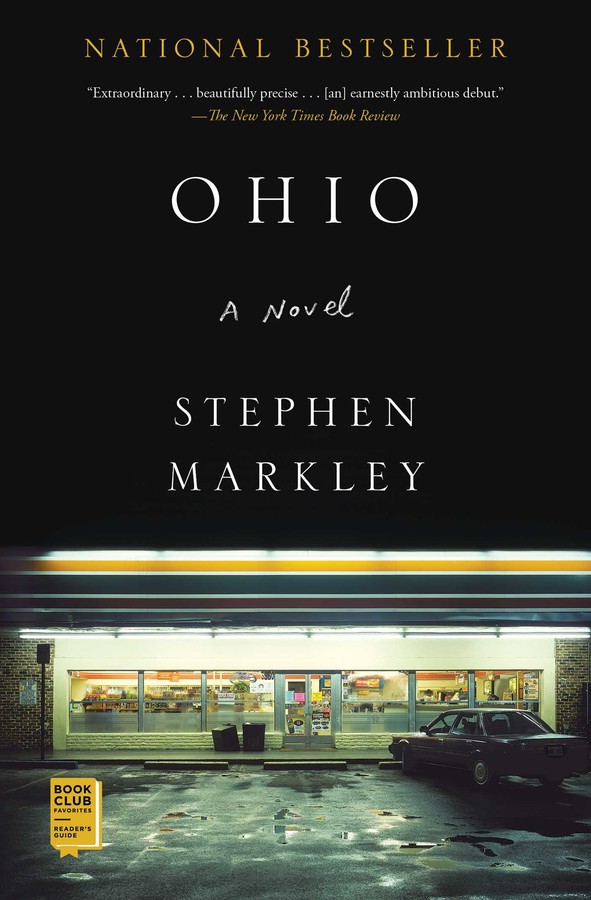 Read Around America: 12 Superb Books That Span the States

12 Gripping, Heartfelt, and Powerful Novels That Take Place in the American Midwest