Sing to me, O Muse, of the underrepresented women in Greek mythology, and I shall refer to you Madeline Miller’s CIRCE. I borrowed the book from a friend last summer but was only able to read two chapters before needing to return it. Fortunately, a thoughtful colleague gave me a copy for the holidays, and I spent my winter break happily devouring it. A sweeping retelling of familiar myths, such as Daedalus, Jason and Medea, and the Odyssey, CIRCE’s focus is its titular titaness, the immortal sorceress best known for transfiguring transgressing men into beasts. The book is a study in contrasts, a reversal of the tradition mythic Greek journey in which the human hero becomes immortal through his (and it’s usually his) works and deeds.

Circe, on the other hand, is born a minor goddess and learns over time the complexities of human emotion. Beginning with her unhappy youth, Circe discovers her powers of sorcery not through her divine nature, as her siblings do, but through common yearning and petty jealousy. Transforming the mortal Glaucos into a god in the hopes of winning his favor, and then transforming the nymph Scylla into a monster when Glaucos favors her instead, Circe’s embrace of human emotions and foibles drives her onto the path of witchcraft, alerting the gods to a power of which they were hitherto unaware and earning herself banishment in the process.

Exile has the effect of forcing Circe to turn inward, to stop defining herself as an outsider or other (from whom can you be “other” in your solitude?), and to learn to become more thoroughly herself. When her banishment proves to be less permanent or lonely than she expected, Circe learns self-reliance and resilience through her rebuffed efforts at cultivating female relationships: both her sister Pasiphae and her niece Medea reject her attempts to bond.

Further confronted with a litany of classic Greek heroes, Circe finds solace with Daedalus, passion with Odysseus, and, eventually, transformative love. Her emotional isolation is shattered when she bears Odysseus a son, Telegonus, and the pangs of motherhood—that most primal of human bonds—come to render the immortal sorceress a most relatable figure. Like so many women, Circe finds that motherhood connects her to something greater than herself, it and prepares her to meet the changes she encounters in the final quarter of the book with a fearless and open heart.

Madeline Miller’s prose is a delightful mélange of lyrical descriptions and Homeric epithets, rendered with a keen ear for meter. The story flows—unspools like a ball of thread in a labyrinth, in fact—as familiar tales are revivified through Circe’s unique perspective. Through Miller’s skill in embodying the wry observations of the sorceress, we get a glimpse of these classic myths stripped of the haze of male heroism. Filled with lush detail that make the timeless world of Aiaia come alive, CIRCE is an immersive and enchanting read. 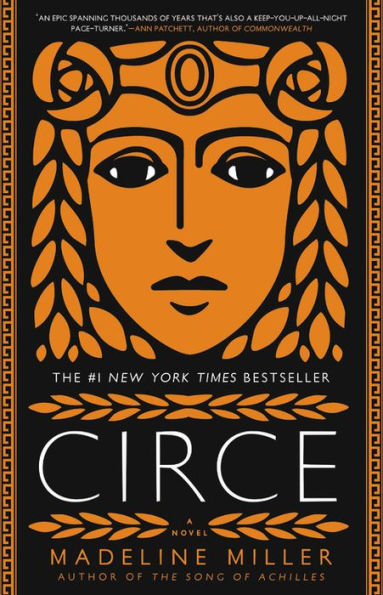 Women Who Break the Rules: 7 Reads With Daring Female Characters