Colson Whitehead received copious attention for his 2016 Pulitzer Prize–winning novel set in the antebellum South, THE UNDERGROUND RAILROAD. We follow Cora, a third-generation slave on a Georgia cotton plantation who has been abandoned by her mother. When Cora meets Caesar, a new arrival from Virginia, and he tells her of a free North, they hatch a plan to escape together.

THE UNDERGROUND RAILROAD then takes a dreamlike turn and the concept of the Underground Railroad becomes an imagined actual railroad that takes our heroine between hypothetical worlds in the South. They show her what life could be outside the confines of the slavery she knows. Each world is weighted down with its own set of problems and intensities that will make a reader’s pulse quicken and urge him to steam through the story.

The Underground Railroad becomes almost like the Yellow Brick Road. But as Dorothy realized in the classic children’s book, Cora, too, comes to find that all that glitters is not gold. A maniacal slave catcher is hot on her heels at every turn, and the fear of being sent back to the hell she escaped is palpable as the book continues on. Whitehead weighs down the start of this book with such trauma that as Cora runs I found myself thinking, Oh, please don’t take us back there. It is the sign of a good book when a reader’s empathy can abound.

I don’t want to deter you by calling this a “tough” read. Yes, the novel is riddled with harrowing scenes, unfathomable horrors, and unconscionable actions by some of its characters, but Whitehead is a skilled writer. He provides elasticity in the narrative with specks of lightheartedness and reflection. His brilliant imagination can take you to dark places, but he is empathetic to his readers and doesn’t keep you down for too long.

Don’t let any of the harsh realities of slavery scare you away, because the worlds within worlds created here aren’t easy to escape from and will stay with you for many years to come. Impactful stories are hard to come by, but unforgettable ones are even rarer.

The Underground Railroad
by Colson Whitehead 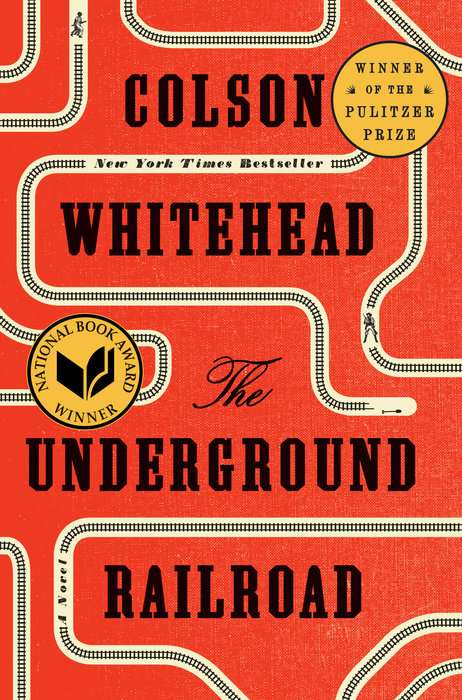 |+| Add to Your Shelf
The Underground Railroad
Colson Whitehead

One of Oprah’s 2016 selections, THE UNDERGROUND RAILROAD is a magnificent tour de force chronicling a young slave’s adventures as she makes a desperate bid for freedom in the antebellum South via the Underground Railroad.

The Mother-Load: 14 Books Our Moms Love and Recommend

An Impactful, Pulitzer Prize-Winning Novel That Will Stay With You For Years