There are books that are so exquisitely rendered, so unfailing in the sweep of their stories and the exactitude of their language that simply hearing their titles causes you to fall back immediately into their pages. CALL ME BY YOUR NAME is one such book. More so than any other queer-themed novel in recent memory, this is the one that I hear invoked by writers, scholars, and everyday readers alike, and to hear that its forthcoming film adaptation, slated for late November, is already garnering tremendous reviews makes this fierce devotee of its brilliance all the happier.

André Aciman’s masterpiece of mood and melancholy—interspersed with blazes of passion—takes what could be a saccharine premise and infuses it with emotion that is both credible and all-consuming. Seventeen-year-old Elio, customarily summering with his family on the Italian Riviera, encounters 24-year-old grad student and houseguest Oliver, whose equally gregarious and laconic personality instantly arouses in Elio a longing that threatens to subsume his entire being.

The now-delicate, now-indelicate dance that occurs between the two of them as they navigate their sexual attraction to each other forms the backbone of the book, but the story falls into none of the established trappings about the ways in which people process their sexual identities, and it is markedly devoid of the shame that can punctuate such depictions. Elio and Oliver’s love is the type that avoids overt tragedy because the very fact of it cannot be denied by either of them; they are two people whose connection is justified, verified, and real, and it is simply the passing of time and the requirements of adulthood that cause them to drift apart, however implacable their connection.

It’s no mere coincidence that Aciman is a Proust scholar; the book has a Proustian sense of finding urgency in the quotidian, in the seemingly small movements that can cause heartbreak and inspiration. However, the book is not only an homage but a harbinger: the honesty and forthrightness of Aciman’s writing has paved the way for a number of powerful novels, not least among them Garth Greenwell’s WHAT BELONGS TO YOU, which pulsates with a similar, though darker, eroticism and which likewise sidesteps conventional expectations of same-sex relationships.

Like the best queer-themed work, CALL ME BY YOUR NAME succeeds not because it spurns or criticizes its same-sex status but because it fully embraces it and shows the complexity of longing in all its beauty, candor, and right to existence. Here’s not only to the cinematic treatment this singularly affecting novel has inspired but to the many, many novels that will continue to find life in the world due to its empathy and honesty.

Call Me by Your Name
by André Aciman 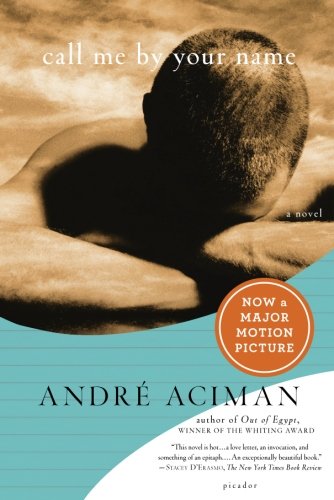 |+| Add to Your Shelf
Call Me by Your Name
André Aciman

Staff’s Choice: 12 Recently Shelved Books from the Off the Shelf Team

Readers’ Choice: October’s 10 Most Shelved Books on Off the Shelf

Check out more books to read before you see the movie this fall!