A book club can be a challenging thing. Oftentimes people leave the group; some don’t do the reading; conversation sways from the material at hand to weekend plans and other happenings. I’m humblebragging now, but my book club is dedicated. We are into our second year together, and though fledgling, we’ve read broadly and thoroughly; we’ve challenged our own opinions and found new ways to approach a book. We don’t always agree, that much is certain.

When we read HOMEGOING by Yaa Gyasi though, there was a wide sense of appreciation for the book. We all seemed to recognize the writing and skill it takes to pull off something as ambitious as a novel set over the course of eight generations. And it’s even more impressive in a debut.

HOMEGOING follows two half sisters, Effia and Esi, born in different villages in Ghana in the eighteenth century. Effia is quickly married off to an Englishman and moves to a castle on the Gold Coast while, unbeknownst to her, Esi is sold into slavery and held captive in the same castle before she boards a slave ship for the United States. With each chapter, the reader discovers a new generation of each of the sisters’ descendants.

The style bothered me only momentarily after the second chapter switched to a new point of view. I wanted more of the original narrator, more of Effia’s heartbreaking and powerful story, and I knew that once I flipped the page I would only meet Effia again through her descendants’ stories.

As the families’ stories progress from the Gold Coast to plantations in the United States and Jazz Age Harlem to present day, I was swept up completely. Gyasi was born in Ghana and raised in the US, and it shows in her strong and lyrical descriptions of the Gold Coast, so robust that I could feel the heat of the sun and the spray of the ocean.

The offspring of Effia and Esi are faced with challenges throughout the novel: a family is ripped apart while trying to escape a plantation, African tribes sell one another into slavery, a free black man is sold by the state of Alabama to work in coal mines for ten years, a man in Harlem battles addiction. I loved this book for teaching me about the history of the Gold Coast, for showing me what life looked like in 1880s America for an African American man, and for giving me perspective on the mark captivity has left on this country. I was surprised and heartbroken to read her stories of African slavers who took part in capturing their fellow countrymen. Exploring tensions between cultures and classes, both in America and Ghana, Gyasi skillfully rotates between the slaves and the slavers, the upper class and the people exiled from the village.

With each chapter came a new, welcoming, fully-drawn descendant of Effia or Esi, waiting to greet you and take you through their story. By the last chapter, Gyasi has woven together their stories into a spectacular panorama that spans generations and continents. This book made me cry, made me smile, challenged me to see our history in a new way, and sparked a lasting dialogue among members of my book club. 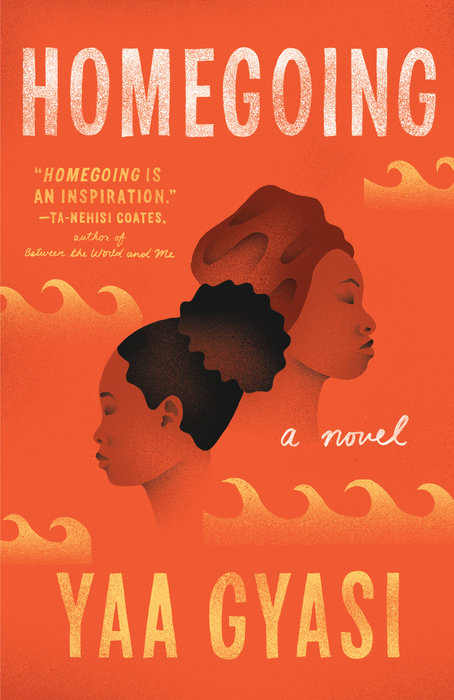 Two half-sisters are separated by forces beyond their control: one sold into slavery, the other married to a British slaver. HOMEGOING traces the descendants who follow, as their destinies lead them through two continents and 300 years of history, each life indelibly drawn.