Back in March, I went to DC to visit my college roommate and I was a terribly rude houseguest. I blame Laura McBride. It’s not my fault that I started her new novel, IN THE MIDNIGHT ROOM, on the bus ride and was so spellbound by the beautiful and compelling story that I couldn’t put it down all weekend. I’m ashamed to admit that I was even sneaking reading breaks during the Final Four NCAA game between North Carolina (my alma mater) and Oregon.

This novel was worth it.

Spanning 60 years in Las Vegas, IN THE MIDNIGHT ROOM follows the lives of four women whose stories are connected through a small nightclub.

At the heart of the novel is June, a young Jewish woman who abandons her roots and settles in Las Vegas with her husband, Del, and their son, Marshall. Together they open a new nightclub called El Capitan, which flourishes under June’s instinct for hiring amazing talent. But when she becomes involved with Eddie, an exquisitely talented African American singer she hired to entertain the segregated audience of the Midnight Room, June sets in action a series of events that will change not only her life, but the lives of the three other women, too.

Next we meet Honorata and Coral, who are good neighbors to each other. Honorata is a beautiful young Filipina woman whose greedy uncle blackmails her into becoming a mail-order bride for a wealthy businessman. Coral is a successful teacher who was lovingly adopted into a family that claims her as its own, but nevertheless, she struggles to accept that she may never know her roots or the parents who gave her away.

Then there’s Engracia, an undocumented immigrant from Mexico who is burdened by the grief of her deceased child and who works as a maid for Honorata. It’s Engracia’s actions at a pivotal moment that ultimately decide the fates of all these women.

What I love most about IN THE MIDNIGHT ROOM is how richly drawn the characters are. Even Las Vegas—a city that has never before interested me—feels like a minor character in the novel. June and the other complicated women around her often fail to act in their own best interests, which instantly wins readers’ affection and admiration. Their lives are messy, real, and extraordinary, and I could have spent another 300 pages with them, watching as their hasty decisions foster unpredictable consequences. Separated by race, income, and nationality, these four women become forever linked by love, hope, and belief in one another.

IN THE MIDNIGHT ROOM is a deeply wise reminder of the invisible threads that bind us together. Full of diverse characters, joy, heartbreak, longing, and suspense, it’s a new kind of Great American Novel.

And, in case you were wondering, I left my copy of IN THE MIDNIGHT ROOM for my college roommate to read. Needless to say, I was quickly forgiven for ignoring her all weekend.

In the Midnight Room
by Laura McBride 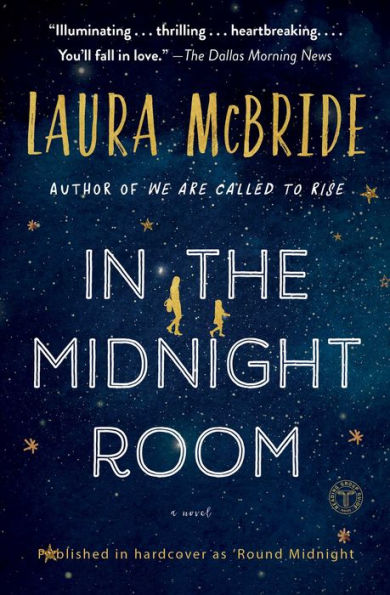 Notice: Trying to access array offset on value of type null in /home/offtheshelf/public_html/web/app/themes/ots/_inc/template-parts/books/book-modal.php on line 31
|+| Add to Your Shelf
In the Midnight Room
Laura McBride

Interested in more books from Laura McBride? Here’s her debut novel, WE ARE CALLED TO RISE.

Want to know what books Laura McBride loves? Check out her recommendations here.