There is a professor at my alma mater who studies animal behavior and social insects, particularly bees. Listening to her talk about the amazing social order and behaviors displayed by bees has left me with an enduring fascination with these magnificent insects. So when I picked up The Bees by Laline Paull and read the summary, I was instantly intrigued.

I expected a window into the world of a worker bee, but what I got was something incredibly fresh and surprising; Paull’s novel read like an engrossing intersection of The Handmaid’s Tale, Arthurian legend, and the literary scientific writings of E. O. Wilson.

Flora 717 is born into the very lowest caste in the hive society; she is a sanitation worker, fated to a life of silently cleaning filth and removing corpses. But there is something different about her—Flora is abnormally large, dark, brutishly strong, and, most shocking of all, possesses the ability to speak, which her sanitation sisters all lack. Such an aberrant bee would usually be swiftly and publicly put to death, but at a time of crisis in the hive, when food is scarce and enemies like wasps and spiders are looming, Flora is instead put to use feeding larvae in the nursery.

There she learns the hive’s most sacred law, chanted by her sisters like a mantra—Only the Queen May Breed. Flora wants only to serve her sisters and her Holy Mother, so she is dismayed and terrified when she feels an egg growing within her; breeding by a worker bee is punishable by death for both mother and child. But when her egg is born, Flora is overwhelmed with a feeling she never knew she could have—love. In order to save her beloved child, Flora must break with instinct and hive law and delve deep into the secret parts of her society, where greed, corruption, and violence hide in the shadows.

Flora 717’s world is vividly and atmospherically drawn by Paull, who evidently did extensive research on bee behavior, societal structure, and hive construction. Flora is one of the most complex and fascinating characters I’ve encountered in a long time—her thoughts and desires are torn between her powerful animal instincts, ruled by the pervasive and controlling “hive mind,” and her more human desires and feelings like love, compassion, and shame.

Her quest through hive society to save her child is reminiscent of the fabled quests of heroes of legend, and it brings her in contact with many fascinating characters: the mysterious and menacing priestess class that rules the hive in the Queen’s name, the lazy and greedy Drone princes, the noble and brave foragers, and even the Holy Queen Mother herself.

The story of a lowly servant who climbs through the ranks of society and strives toward a greater destiny than she could have imagined may seem familiar, but Flora’s quest is entirely original, exciting, and captivating. Read The Bees to embark on an adventure that is truly unlike any other; step into the hive and delve into the dark mysteries of Flora 717’s world. I guarantee you will never look at the bee in your garden the same way again.

The Bees
by Laline Paull 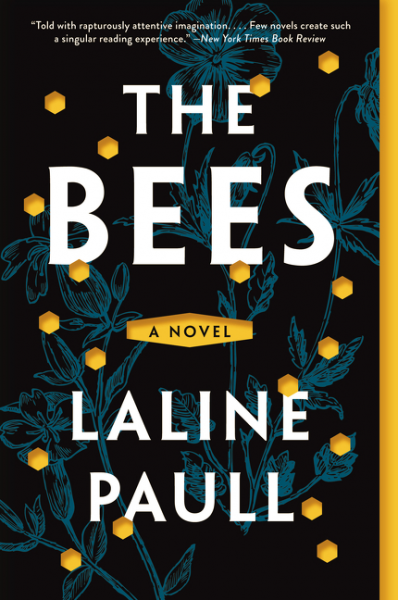 |+| Add to Your Shelf
The Bees
Laline Paull

9 Books That Completely Blew Our Minds

An Unlikely Heroine Who Strives Toward a Greater Destiny