Every immigrant experience—be it Mexican, Italian, or Syrian—is both the journey to an unfamiliar place and a pining for home. Colm Tóibín beautifully captures this experience in his novel BROOKLYN, which tells the story of Eilis Lacey.

A young Irish woman in the 1950s, Eilis (pronounced “Eye-lish”), with the help of her older sister and Father Flood, a kindly priest, is able to travel to an Irish women’s boarding house in Brooklyn, New York. After the strenuous boat ride across the Atlantic, Eilis finds work in a department store, and with the help of Father Flood she enrolls in night school with aspirations to become a bookkeeper.

In a time when intercontinental communication meant sending and receiving letters that took weeks or months to arrive, the first few months of isolation in New York feel like a burden to Eilis. The winters are much too cold, and she longs to hear the voice of her sister back home and to wake up in her own room in her mother’s house.

It isn’t long before she finds a taste of home in the Irish dances put on by Father Flood and the church. On a fateful night out with some of the boarders, she meets a handsome Italian-American man named Tony. As we see their relationship unfold over the course of the next few months, we meet an Eilis who is less lonely and afraid. With Tony at her side she goes to the beach and a Brooklyn Dodgers game. She meets Tony’s family—everything is going well. She is settling in. She and Tony are making plans. Brooklyn begins to feel like her future.

Then Eilis receives some terrible news from back home. She heads back to Ireland over uncertain waters, promising to return to Brooklyn and Tony. But once she’s back in Ireland, Brooklyn—and Tony—seem so very far away. The choices she makes up until the book’s conclusion will keep your heart reeling.

BROOKLYN is a great read for those who love THE GREAT GATSBY—and if you ask me, BROOKLYN is THE GREAT GATSBY of the twenty-first century. It’s a journey to achieve the American Dream—and yet that very stirring is in utter conflict with all that came before.

I cannot remember the last time a book had me so heavily invested in the characters that I felt compelled to flinch and shout out loud as scenes unfolded. With much to ponder, Brooklyn is perfect for book clubs, for readers young and old, and for anyone interested in the immigrant experience. The fact that there’s a gorgeous film adaptation with three Oscar nominations is even more reason to read this book as quickly as you can. 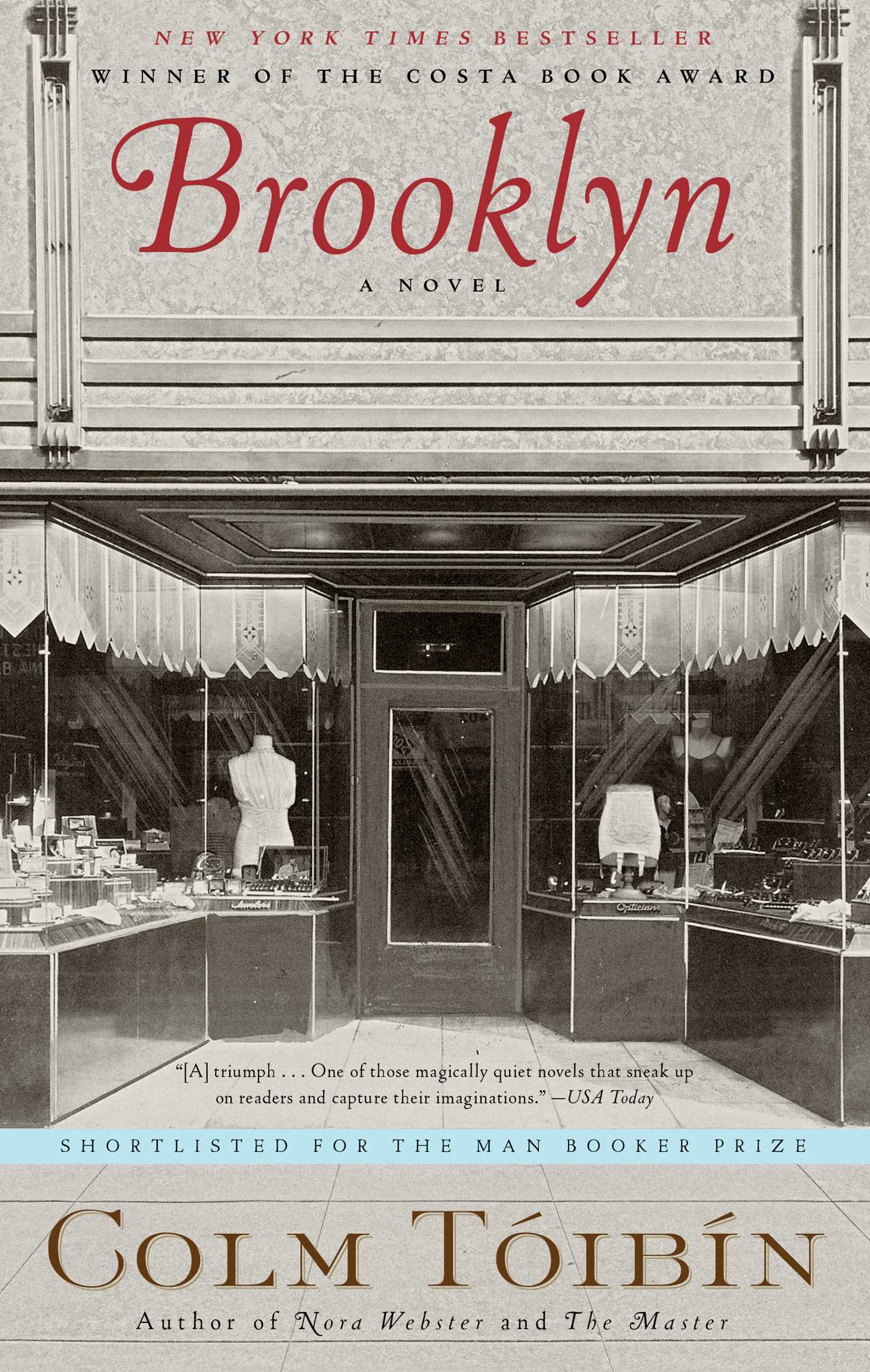 Acclaimed character actress Saoirse Ronan takes center stage as Eilis Lacey, a young woman who abandons small-town Ireland and the comfort of her mother's home for the anonymous shores of New York City. In Brooklyn, she finds a city in flux—a city where immigrants from Ireland and Poland live amongst Jewish and black communities—and just as she is beginning to fall in love with a young man, devastating news from Ireland threatens the promise of her new life.