The Woman Upstairs, Claire Messud’s roaring novel of psychological suspense, pushes a literary hot button that I love: the unlikeable character. Countless readers hated her last book, The Emperor’s Children, for the same reason they hated The Corrections: They couldn’t relate to the characters, wouldn’t want to be friends with them. In a Publishers Weekly interview, Messud was asked about Nora, the novel’s dutiful but rage-filled forty-something schoolteacher/aspiring artist whose life is reawakened but then betrayed by expat artist Sirena Shahid, her charismatic husband, and her eight-year-old son: “I wouldn’t want to be friends with Nora, would you? Her outlook is almost unbearably grim.” To which Messud replies: “Would you want to be friends with Humbert Humbert? Hamlet? Raskolnikov? If you’re reading to find friends, you’re in deep trouble. We read to find life, in all its possibilities. The relevant question isn’t ‘Is this a potential friend for me?’ but ‘Is this character alive?’”

It’s hard to disagree. Don’t we read to have total access to a character’s deepest thoughts and emotions, the kind we don’t even get with our friends and loved ones in real life? But a smart Goodreads review of the novel also notes: “I read to find friends, and shame on any fiction writer who tries to embarrass me for that. I can’t recall a single thrilling reading experience in my life that wasn’t about connecting to the characters.”

Inarguably, reading fiction is among the most subjective pursuits there is; you can’t say someone isn’t a discerning reader simply for having an honest reaction to a story’s unlikeable characters. But at the same time I don’t like to think that The Woman Upstairs could be dismissed on this issue alone.

So is Nora unlikeable? Sure. She’s also angry and lonely and shoulders the burden of her family’s past. But her humanity is blazing. Her furious self-consciousness—the way she sometimes bathes, almost luxuriously, in her anger—may be unrelatable or repulsive, but it’s impossible to write off her desire to transcend that anger in her quest to live an authentic life. To her, each member of the Shahid family, “in my impassioned interior conversations, granted me some aspect of my most dearly held, most fiercely hidden, heart’s desires: life, art, motherhood, love and the great seductive promise that I wasn’t nothing, that I could be seen for my unvarnished self and that this hidden self, this precious girl without a mask, unseen for decades, could—that she must, indeed—leave a trace upon the world.”

To me, such lines obliterate the issue of Nora’s likeability. They prove that she—and this bracing, passionately written novel—is fully alive.

The Woman Upstairs
by Claire Messud 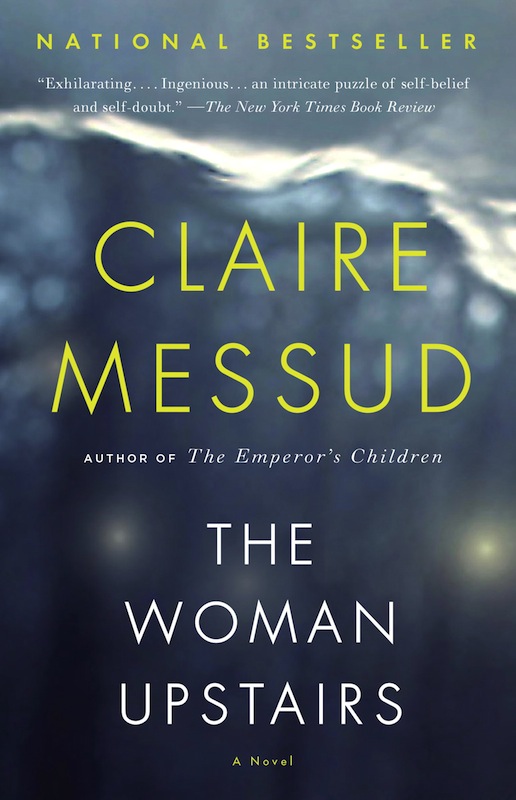 |+| Add to Your Shelf
The Woman Upstairs
Claire Messud

The Woman Upstairs is a masterly portrait of Nora Eldridge, a thirty-seven-year-old elementary school teacher on the verge of disappearing. Having abandoned her desire to be an artist, she has become the “woman upstairs,” a reliable friend and tidy neighbor always on the fringe of others’ achievements. Written with intimacy and piercing emotion, The Woman Upstairs is an urgently dispatched story of obsession and artistic fulfillment that explores the thrill—and the devastating cost—of being a woman in America today.

9 Novels Illuminating the Art World As Seen By Women