After reading BRAIN ON FIRE by Susannah Cahalan, you will wonder just how many patients institutionalized today are suffering undiagnosed from the exact same malady that befell Cahalan, Autoimmune Encephalitis. Imagine this:

You’re a healthy young journalist in New York City when you suddenly became unmoored by a collection of frightening symptoms. You suffer migraines. You become obsessed with bedbugs. Normally a trusting person, you find yourself snooping through your boyfriend’s belongings. Your hand goes numb. You forget to throw out dirty cat litter. You feel flu-like symptoms. You laugh inappropriately while conducting interviews. Your lymph nodes are swollen. You feel and act paranoid. Colors seem brighter. You sob uncontrollably over nothing discernible. You have seizures.

One doctor diagnoses you with mono. Another accuses you of partying too much and suffering from alcohol withdrawal. After multitudinous tests and examinations, psychosis and institutionalization are offered as your diagnosis and treatment. For many patients whose mysterious illnesses are comprised of both mental and physical components, the story has ended right there. The thought is sobering, and terrifying. But now that Cahalan’s riveting bestseller has been optioned as a movie, millions more people will become aware of the illness that nearly destroyed her life in 2009.

The preface to BRAIN ON FIRE finds Cahalan opening her eyes in strange surroundings. She discovers that she’s tied to a bed, with pink wires stuck on her head and an orange plastic band wrapped around her wrist that reads FLIGHT RISK . . .

But Cahalan is one of the lucky ones. She had a loving family and boyfriend able to step in and advocate when she could not. She had health insurance, although a large portion of the over one million dollars in fees her illness rang up were paid out-of-pocket. She had saviors in the form of her own “brilliant and selfless” Drs. House, who pieced together her puzzle and helped form an accurate diagnosis, and a plan of treatment that brought her back from the brink.

Cahalan’s story resonated strongly with me as I, too, am one of the lucky ones. After memory lapses, tremors, and slurring speech sent me through a slew of doctors’ offices, misdiagnoses, and inconclusive tests, it was discovered that I had brain demyelination due to a chronic B12 deficiency (pernicious anemia) from a previously diagnosed autoimmune disease. A simple weekly B12 shot keeps things from progressing.

Cahalan’s memory of her “month of madness” is punched through with holes, but there came a time in her recovery when she again felt able to put her journalistic talents to use. She painstakingly reconstructed her missing month by reading her father’s journals and the detailed notes both her parents kept while she was in the hospital. She pored over the enormous stack of medical records, interviewed everyone from her doctors and nurses to her coworkers and family. She tried to decipher her own notes and bits of memory. She researched and dissected her illness as if it were an assignment for her newspaper.

BRAIN ON FIRE, the end result of Cahalan’s meticulous efforts, is an important, and potentially life-saving, book. I don’t often feel excited when a book is made into a movie, but knowing that Cahalan’s journey will be given Hollywood-level exposure provides hope that her willingness and ability to share the illness that nearly stole her life will give other undiagnosed patients the answers they desperately seek.

Brain on Fire
by Susannah Cahalan 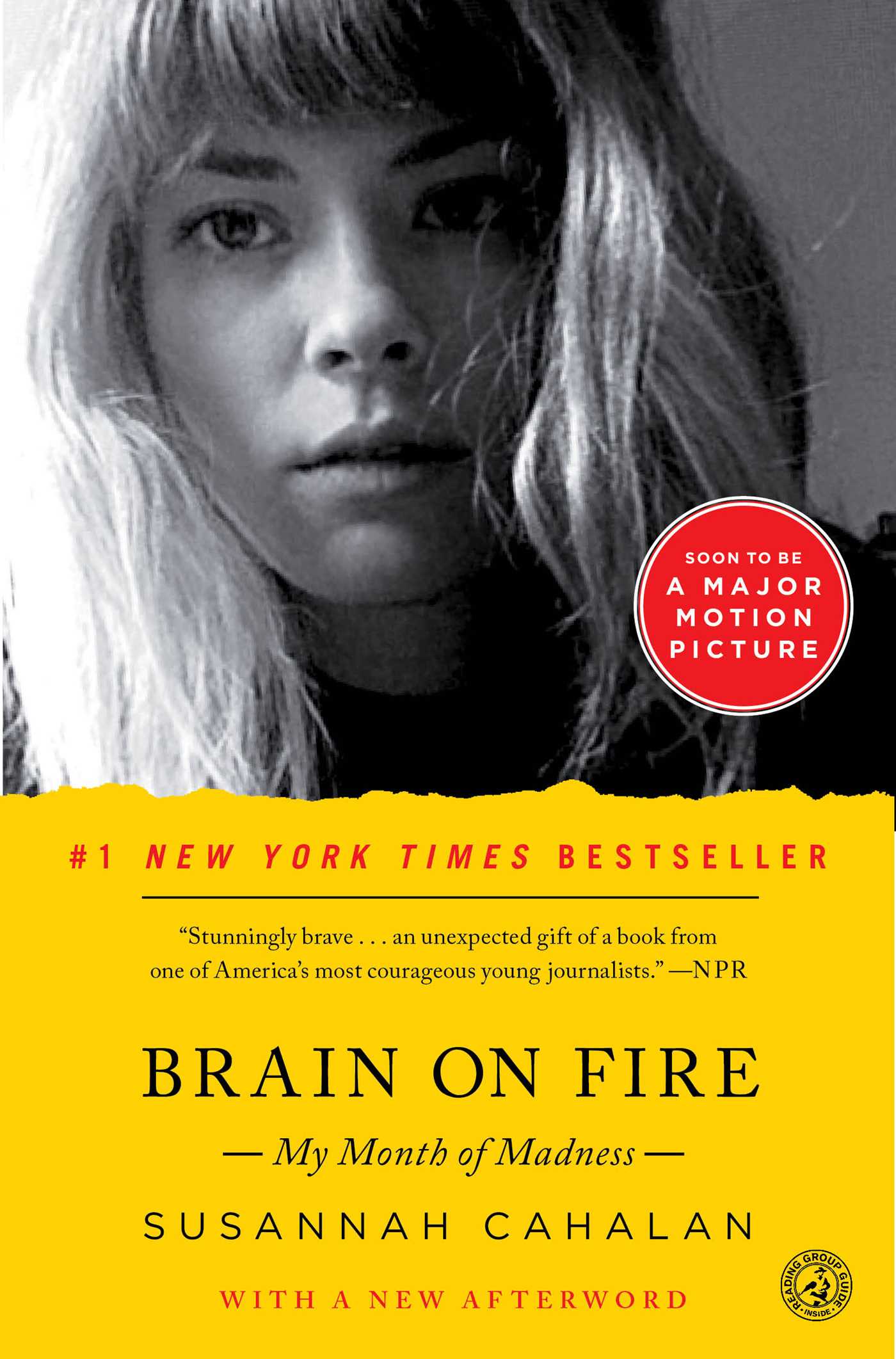 |+| Add to Your Shelf
Brain on Fire
Susannah Cahalan

Susannah Cahalan awakes in a hospital room, strapped to the bed. Crazy? Psychotic? Mental breakdown? BRAIN ON FIRE is her story of a devastating autoimmune disease misdiagnosed over and over—all while it appears she is losing her mind.

10 Books Coming to a Movie Theater Near You