The Girls of Atomic City is the incredible true story of young women recruited from all across the East Coast and the South who moved to a secret city named Oak Ridge, Tennessee, to help the war effort and, without knowing it, helped to build the world’s first atomic bomb.

My grandmother was one of these women.

Mildred Batchelor, my grandmother, grew up in rural Cookeville, Tennessee, without much at all. One year during the Depression she couldn’t attend school because she didn’t have any shoes. Consequently, later in life when times were better, she never denied herself a pair of flashy high heels and would always wear them with pride. She was very bright, and despite setbacks, she graduated high school early and went on to college. She met and married my grandfather when they were both working at the Tennessee Valley Authority. After that they moved to Oak Ridge, drawn by the good pay and their desire to help the war effort.

My grandmother passed away when I was just twelve. I so wish that I had asked her more about her time in Oak Ridge. I know she worked as a secretary and that my grandfather was a shift foreman. I wish I had asked my grandmother how she and my grandfather spent their precious free time in Oak Ridge. Did they ever attend any dances? I wish I’d asked her what she thought they might be building, and how she felt when she learned it was an atomic bomb. I do know that her experiences in Oak Ridge stayed with her for the rest of her life; my grandparents took the nuclear threat very seriously. In the 1960s, they built an all-stone fallout shelter next to their house in Cleveland, Tennessee. I also know that my grandmother would have preferred to live in a world without weapons capable of such destruction, as would I. It is a complicated emotion, then, that I still feel proud of her contribution to the Manhattan Project. I know that what she knew at the time was that she was helping her country, and that she was brave enough to face all the challenges that went along with life in a secret city.

The Girls of Atomic City has helped me to understand the world that shaped my grandmother. It has given me a wider perspective on a bit of family lore that I feel like I’ve always known, but realize I have never fully examined. As I read this book, I can picture my grandmother, and I’m grateful for the glimpse into what life must have been like for her. I can see how her time in Oak Ridge shaped my grandmother’s character. She never complained—ever—about anything. It must have been that kind of resolve that saw her through the mud, the long hours, and the secrecy, and allowed her to take it all in stride.

Justina Batchelor was born and raised in Knoxville, Tennessee.  She moved to New York City in 2007 and has built a career around sharing wonderful books with others. During her time at Touchstone, Simon & Schuster she had the privilege to be the publicist for the launch of THE GIRLS OF ATOMIC CITY. She is currently a Senior Publicist at Grove Atlantic. She loves reading books that transport you to faraway places or reveal something new about a place you know well.

The Girls of Atomic City
by Denise Kiernan 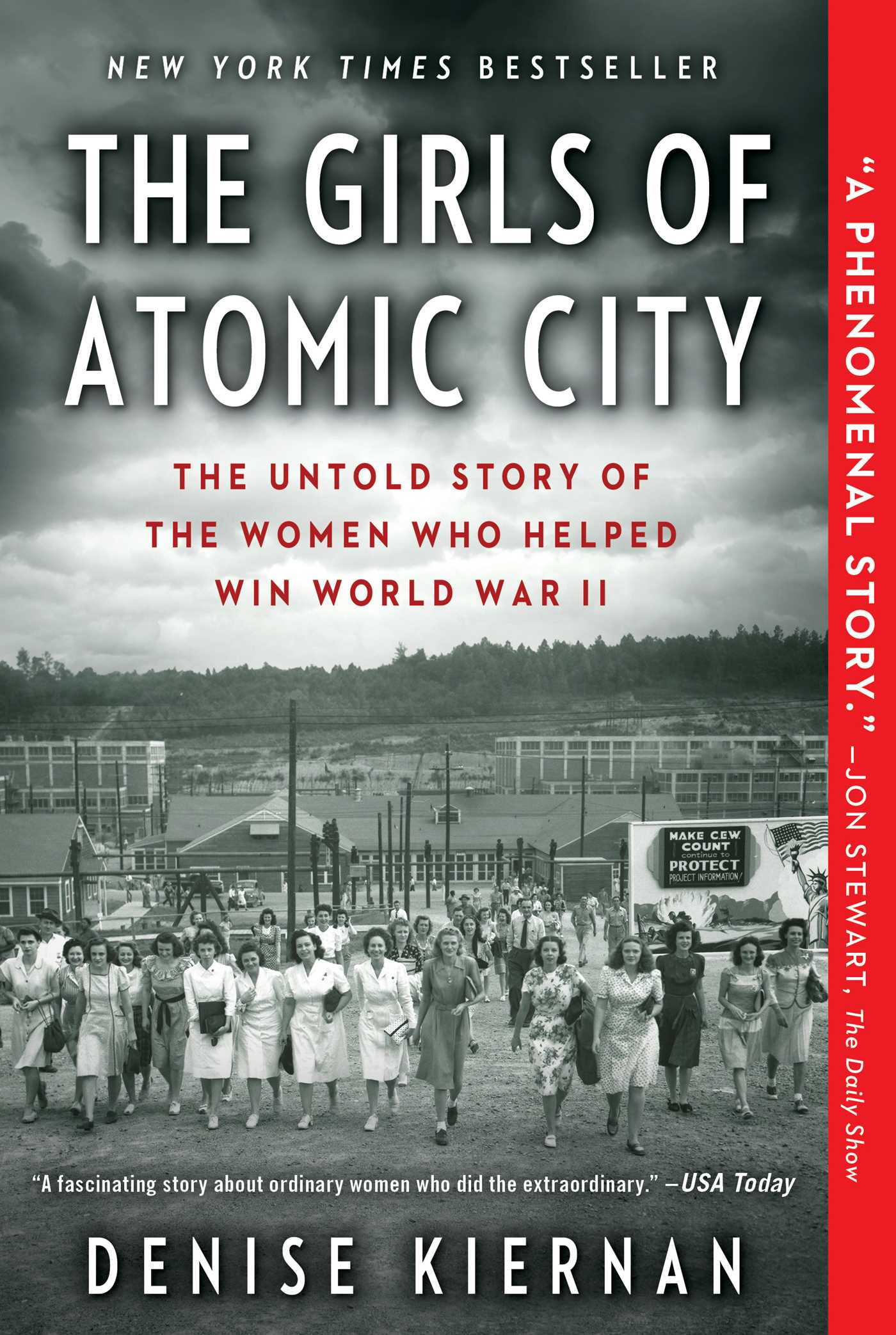 Notice: Trying to access array offset on value of type null in /home/offtheshelf/public_html/web/app/themes/ots/_inc/template-parts/books/book-modal.php on line 31
|+| Add to Your Shelf
The Girls of Atomic City
Denise Kiernan

Intimate and detailed, Denise Kiernan explores the untold story of the thousands of young women of Oak Ridge, Tennessee, who unwittingly played a crucial role in one of the most significant moments in American history: the creation of the atomic bomb.