This November marks the 100th anniversary of the armistice that ended World War I. Historians still don’t agree on precisely what the war was fought over, why it began and ended as it did, and—perhaps most important—what we are supposed to have learned from it. Such ambiguity might be unsettling, but it also proves a fascinating subject for fiction. Indeed, the remarkable complexity of the war and its aftermath inspired me to spend the better part of a decade researching and writing a novel, THE VERDUN AFFAIR—the story of a young American who finds himself ensnared in a precarious romance, and absorbed by the case of a mysterious amnesiac, when he meets a complicated and beautiful woman who has come to France in search of her missing husband. What follows are just a few of my favorite of the many wonderful novels on World War I. 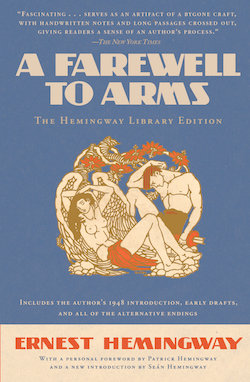 |+| Add to Your Shelf
A Farewell to Arms
by Ernest Hemingway

For the purposes of this list, I’ve tried to avoid falling back on the best-known titans (ALL QUIET ON THE WESTERN FRONT, TESTAMENT OF YOUTH, UNDER FIRE, etc.), but I can’t help including this novel, in part because it’s great (obviously) and in part because it’s one of the few novels in English about the fascinating and horrifying Italian Front. So, come for the famous prose style and the love story between an American ambulance driver, Frederic Henry, and a British nurse, Catherine Barkley, but stay for the riveting (and apparently consummately accurate) description of the Italian army’s catastrophic retreat at the Battle of Caporetto.

|+| Add to Your Shelf
A Farewell to Arms
Ernest Hemingway

Written when Ernest Hemingway was thirty years old and lauded as the best American novel to emerge from World War I, A Farewell to Arms is the unforgettable story of an American ambulance driver on the Italian front and his passion for a beautiful English nurse. Set against the looming horrors of the battlefield—weary, demoralized men marching in the rain during the German attack on Caporetto; the profound struggle between loyalty and desertion—this gripping, semiautobiographical work captures the harsh realities of war and the pain of lovers caught in its inexorable sweep. Ernest Hemingway famously said that he rewrote the ending to A Farewell to Arms thirty-nine times to get the words right. This edition collects all of the alternative endings together for the first time, along with early drafts of other essential passages, offering new insight into Hemingway’s craft and creative process and the evolution of one of the greatest novels of the twentieth century. Featuring Hemingway’s own 1948 introduction to an illustrated reissue of the novel, a personal foreword by the author’s son Patrick Hemingway, and a new introduction by the author’s grandson Seán Hemingway, this edition of A Farewell to Arms is truly a celebration.

Papa, Paris, and Pilar: 16 Books to Help You Celebrate Heming-day the Heming-way 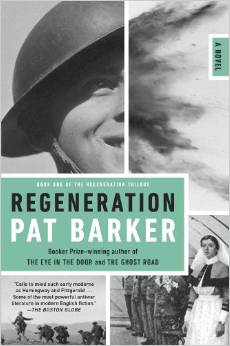 |+| Add to Your Shelf
Regeneration
by Pat Barker

Pat Barker’s novel takes place at Craiglockhart, a military hospital in Scotland where British soldiers are treated for a variety of war-related nervous conditions, only just coming to be known as “shell shock.” Based on the life and work of one of the field’s real-life pioneers, W. H. R. Rivers, and the experiences of two of Craiglockhart’s most famous patients—poets Siegfried Sassoon and Wilfred Owen—REGENERATION is a masterful work of research and empathetic imagination, achieving a stunning verisimilitude. Luckily for us, it’s the first in a trilogy, followed by THE EYE IN THE DOOR and THE GHOST ROAD, which are just as good.

The Booker Prize-winning first book in the brilliant trilogy that examines and skewers the madness of the war by telling as fiction the true story of poet and officer Siegfried Sassoon, who upon declaring he would not fight was sent to a mental hospital for "shell-shocked" soldiers where he was treated by noted psychiatrist Dr. William Rivers. Sassoon's complete sanity disturbs Dr. Rivers to such a point that he questions his own role in "curing" his patients only to send them back to the slaughter of the war. Read the first book and you will have to read the rest.

Some Desperate Glory: 9 Novels Reveal The Loves, Loses, and Lives of WWI 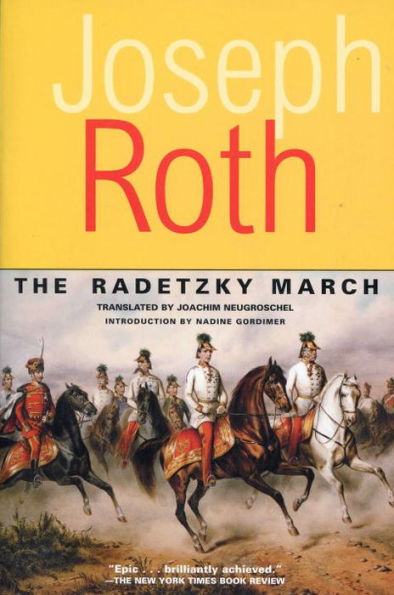 |+| Add to Your Shelf
The Radetzky March
by Joseph Roth

Though this novel ends with World War I, it begins in the nineteenth century at the Battle of Solferino when a Slovenian soldier named Joseph Trotta saves the life of the Austro-Hungarian emperor, an act that facilitates his own ascent to the nobility. “Fate had singled [Trotta] out for a particular deed,” Joseph Roth writes in the gently sardonic style characteristic of the rest of the book. “He subsequently did everything he could to return himself to obscurity.” Indeed, the novel follows three generations of Trottas as their house declines in lockstep with the centuries-old Habsburg Empire. A detailed, moving, and often hilarious portrait of the world that the Great War erased.

|+| Add to Your Shelf
The Radetzky March
Joseph Roth 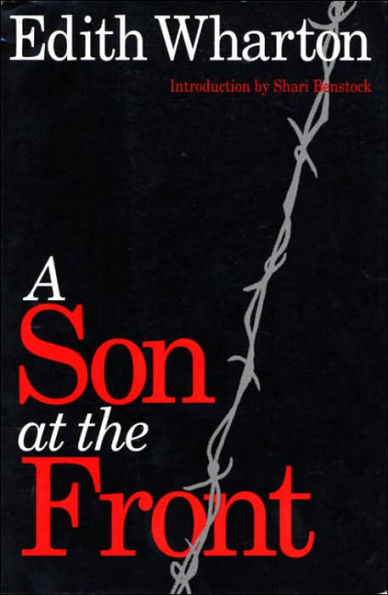 Although she is most often associated with the patrician drawing rooms of Gilded Age Manhattan, Edith Wharton also covered the early days of the war as one of the few foreign journalists granted access to the Western Front. Though not one of Wharton’s better-known novels, A SON AT THE FRONT—the story of two well-to-do American ex-pats in Paris whose French-born son is drafted into the army in 1914—possesses all her typical erudition and wit. The book is a nuanced portrait of a wartime Paris where long luncheons and salons sometimes manage to mask the prevailing anxiety and grief.

|+| Add to Your Shelf
A Son at the Front
Edith Wharton 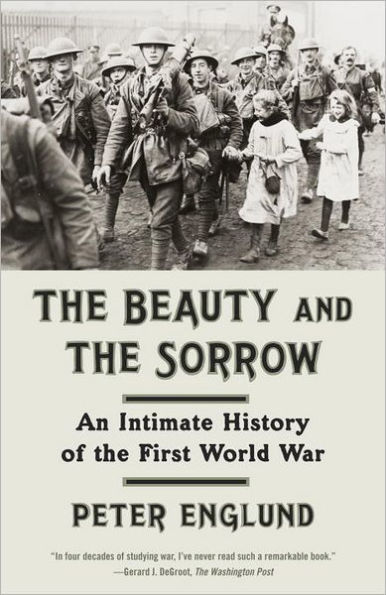 I’m cheating a bit because this isn’t a novel. But it reads like one. Based on countless primary sources, Peter Englund’s book becomes a tapestry of war-torn lives, weaving together the stories of men and women from every corner of the globe: a Hungarian hussar, an Australian ambulance driver, a Venezuelan soldier, an American opera singer turned Polish aristocrat turned war refugee. It’s simply a brilliant book—one that somehow manages to capture both the war’s global scope and its most private terrors.

|+| Add to Your Shelf
The Beauty and the Sorrow
Peter Englund