I was drawn to the twentieth-anniversary edition of Karen Hall’s gothic thriller DARK DEBTS because I couldn’t read the title. The book was—to the dismay of this bookworm—placed spine in, cover down on a shelf. I saw only the edges of its ruby-red pages, thicker than its neighboring books. When I flipped it around, the cover was even more strikingly haunting—a statue in mourning and a gray backdrop morphing into an overcast sky.

DARK DEBTS, written by a veteran TV writer, pulls readers into the complex landscape of religion and the supernatural with taut suspense, elegant prose, and believable characters with their share of burdens.

Jack is a misanthropic recluse by choice. To everyone in his small town in Georgia, he’s one of them, a Landry: the son of an abusive man and mentally ill mother, the brother of someone who committed an unspeakable crime, and, as the book opens, the brother of another man who’d gone crazy and committed suicide. When his late brother’s ex-lover, Randa, shows up questioning the suicide, Jack’s forced out of his hermit life.

Counter this perspective with Michael’s, a New York Jesuit priest who had broken his vow of celibacy. After assisting with a troubling case that tested his faith and ended horribly, his order exiles him to the boondocks of Georgia.

Enter the voices that Jack and Michael begin to hear. Vincent, the only parent Michael had ever known after his biological parents’ deaths, also passes away, but with an unturned truth that sends Michael reeling. Soon, he’s chasing Vincent’s past, which drives him deeper into his religious self-doubt. When Jack’s and Michael’s storylines finally converge, they face an obstacle they never imagined possible.

Fans of Stephen King and Andrew Pyper, this is for you. By the end of DARK DEBTS, I was left impressed by how deeply Karen explored the demons I expected and never expected—the supernatural demons and our subconscious demons we spend our whole lives avoiding. 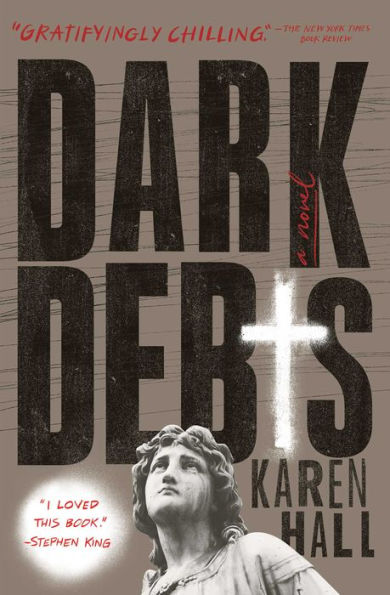 Tell About the South: 11 Southern Gothic Tales You Need to Read

A Must-Read Gothic Thriller for Fans of Stephen King