In the 1970s, police departments throughout the United States were forced to admit the first female officers, thanks to the expansion of Title VII of the 1964 Civil Rights Act, which prohibited police departments from discriminating against women in hiring, promoting, and working conditions. This step heralded in a new era of policing as women joined departments across the country that were largely unprepared for, and in many instances hostile to, the integration of women into their male-dominated ranks.

In her novel COP TOWN, bestselling author Karin Slaughter takes us directly into the thick of it, introducing us to the first female police officers in the 1974 Atlanta Police Department.

At the onset of the novel, a black police commissioner has assumed command of the department for the first time in its history and women police officers have also joined the department, bringing friction to an environment that has traditionally been a white, male “good ole boy” system. With deft strokes, Slaughter sets the stage for us to understand how marginalized these women are within their own department, harassed by their male counterparts and at odds with each other.

On her first day on the job, Officer Kate Murphy braves a gauntlet of male officers on her way to roll call and questions her decision to become a police officer; she reflects on the sly insinuations and outright sexism of her male colleagues. With perceptive humor, Slaughter introduces us to the cynical cadre of female police officers, each enduring what is thrown at her at the station house and on the streets and showing up the next day for more. It is Maggie Lawson, niece to Sgt. Terry Lawson and sister of officer Jimmy Lawson, who tries to help Kate understand the job.

With a series of murders targeting police officers, the news that yet another officer has been killed thrusts the department into overdrive. To solve the case, the police will turn the city upside down using no-holds-barred tactics that largely target the disenfranchised, even as the officers are aware that planted evidence by one of their own resulted in another cop killer’s acquittal. The hunt is on for “the Shooter.” Weaving in details of unique Atlanta districts and neighborhoods, Slaughter builds tension as Maggie and Kate undertake a review of the case files, against department knowledge and risking their jobs.

As Maggie and Kate narrow in on a motive for the cop killings, they must tackle their complicated family situations: Maggie’s tortured relationships with Jimmy and her brutal uncle Terry, and Kate’s personal loss. Neither has any idea that the investigation is leading them to a confrontation that will expose hatred and bigotry at its most naked level. As the drama unfolds, we want to see these compelling female characters survive and succeed against the odds stacked against them.

Pick this novel up, and Karin Slaughter will transport you back to an era that changed how we view the policemen on the beat and the women who trailblazed the way in non-conformist roles.

Jan Fedarcyk is a retired FBI Assistant Director in Charge. Fidelity is her debut novel. 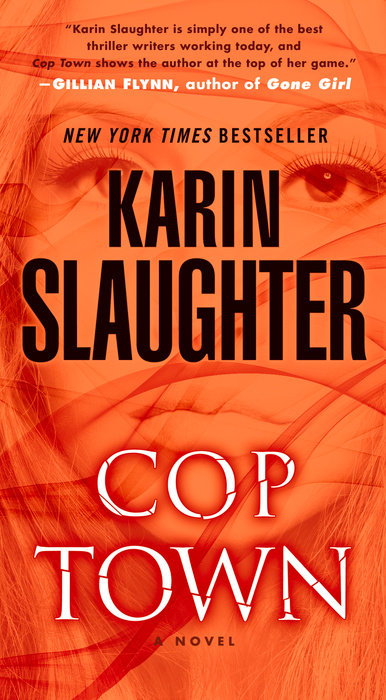